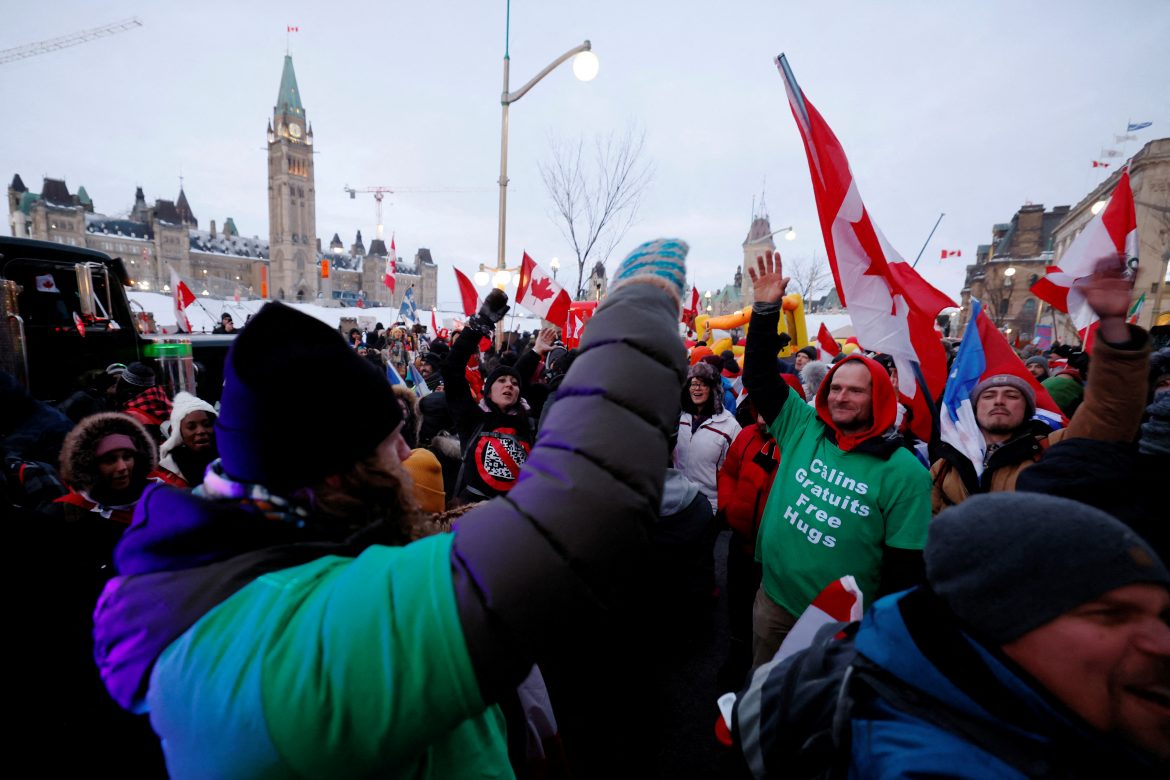 Canadian Prime Minister Justin Trudeau and U.S.  President Joe Biden might have sided against the truckers currently protesting vaccine mandates and passports, but the same cannot be said for 32 percent of the governors in the U.S.

Wednesday, a group of 16 governors, led by Montana’s Greg Gianforte (R), joined the premiers of Saskatchewan and Alberta in urging Trudeau and Biden to take measures that will get the truckers to voluntarily return to the road.

“We understand the vital importance of vaccines in the fight against COVID-19 and continue to encourage eligible individuals to get vaccinated,” the group wrote in a letter addressed to both heads of state. “However, we are deeply concerned that terminating these exemptions has had demonstrably negative impacts on the North American supply chain, the cost of living, and access to essential products for people in both of our countries.”

Truckers from the Freedom Convoy have faced ever fiercer resistance from Trudeau and various agents of the Canadian government, which in January joined the U.S. in requiring vaccine passports and quarantine mandates for truckers who crossed between the two nations.

“The timing of your decision to terminate the vaccine and quarantine exemptions could not have been worse, as North America already faces grave supply chain constraints,” the letter reads. “These constraints, combined with increasing inflation, place significant burdens on the residents of Canada and the United States.”

“[Trudeau] and [Biden] should immediately reinstitute vaccine & quarantine exemptions for cross-border truckers,” Noem tweeted. “In the middle of a supply chain crisis, these mandates are only causing more pain and aren’t doing anything to stop the spread of COVID.”

In the middle of a supply chain crisis, these mandates are only causing more pain and aren't doing anything to stop the spread of COVID. pic.twitter.com/WPFiMPIZE5

Neither Biden nor Trudeau had responded to the letter as of press time. Trudeau’s approach has to date been one of staunch opposition to the truckers, who Trudeau has called white supremacists. Most notably, Trudeau has triggered the “Emergencies Act,” a part of federal law meant primarily for use during wartime, as a way of granting himself and his agents heightened authority.

The Candian House of Commons was filled with emotional debate yesterday in response to his tactics, as those from the Conservative party spoke out against both the actions and rhetoric Trudeau has used to try to squash the protests. MP Candice Bergen called out Trudeau on the House floor for acting like a dictator, saying, “I understand the prime minister admires basic dictatorships, but let’s remind the prime minister that this is Canada.”

During his most recent meeting with his Incident Response Group, Trudeau reiterated that his desire to use the Emergencies Act as a tool to disperse the truckers.