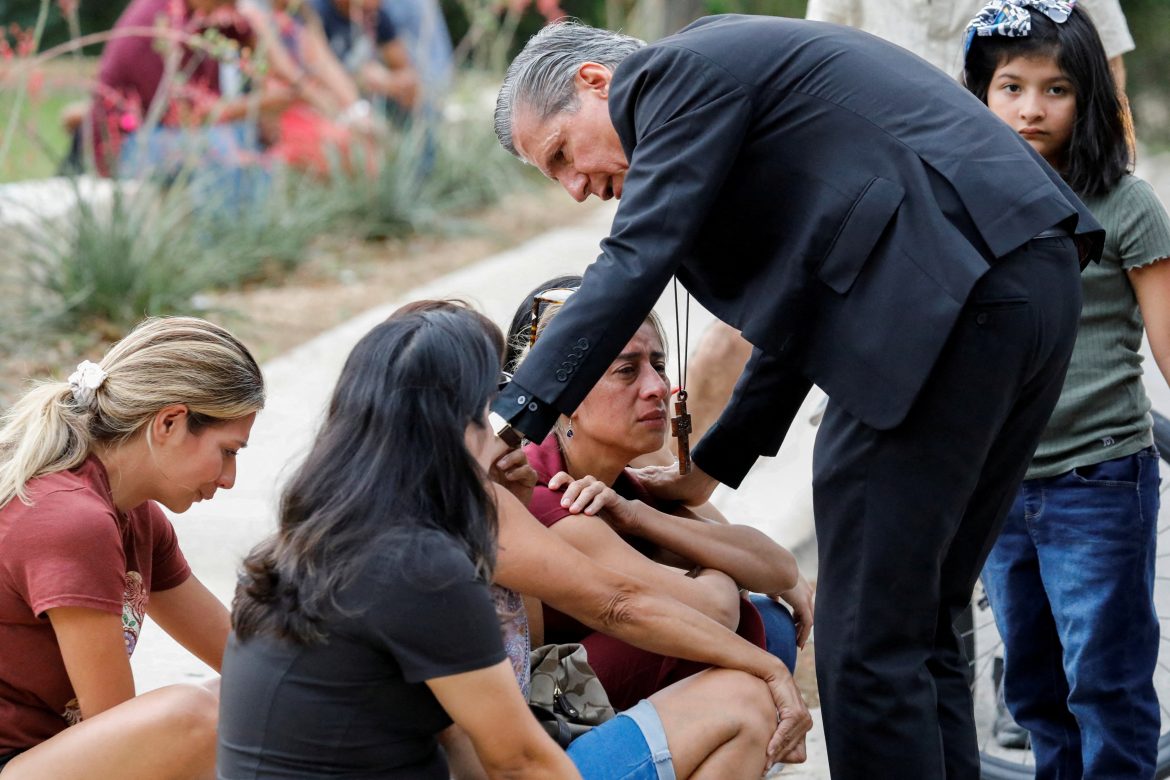 At least 19 children and two teachers were killed Tuesday when a man opened fire at an elementary school in Uvalde, Texas in the deadliest shooting at a U.S. elementary school since the 2012 Sandy Hook massacre.

Authorities said Salvador Ramos, 18, shot his grandmother, who survived, before fleeing and crashing his car near Robb Elementary School in Uvalde, Texas, Reuters reported. Video footage shared on several media outlets yesterday appeared to show a man emerging from the crashed vehicle clad in body armor and carrying a rifle as he proceeded to enter the school.

Authorities say that soon after he entered the building, Ramos opened fire on teachers and students. The school houses second, third, and fourth-grade children ranging in age from seven to 10. Officers arrived on scene quickly, leading to speculation that they may have already been in pursuit of Ramos following the attack on his grandmother. Ramos, who is thought to have acted alone, was fatally shot by officers. The motive for the attacks are unclear at this time.

“My heart is broken today,” school district Superintendent Hal Harrell told reporters following the massacre. “We’re a small community and we need your prayers to get us through this.”

Uvalde lies roughly 80 miles west of San Antonio with a population of about 16,000 residents, 80% of whom are Hispanic or Latino, according to Reuters.

“Texans are grieving for the victims of this senseless crime & for the community of Uvalde,” Gov. Gregg Abbott (R ) said in a statement after the shooting. “Cecilia & I mourn this horrific loss & urge all Texans to come together,” he continued. The governor said he has instructed the Texas Dept. of Public Safety and Texas Rangers to “work with local law enforcement to fully investigate this crime.” Abbott is expected to visit the grief-stricken community today.

The horrific tragedy is the latest in a spate of mass shootings in various parts of the country, prompting renewed calls for stricter gun laws by Democratic lawmakers.

“I am sick and tired of it. We have to act,” he continued, though he did not go into specifics.

Democratic U.S. Senator Chris Murphy of Connecticut, an outspoken gun restriction advocate, told reporters: “I just don’t understand why people here think we’re powerless. There’s just not a coincidence that we’re the high-income-world’s deadliest nation and we have the loosest gun laws. You know, guns flow in this country like water. And that’s why we have mass shooting after mass shooting,” he said.

U.S. births rise for the first time in seven years in 2021