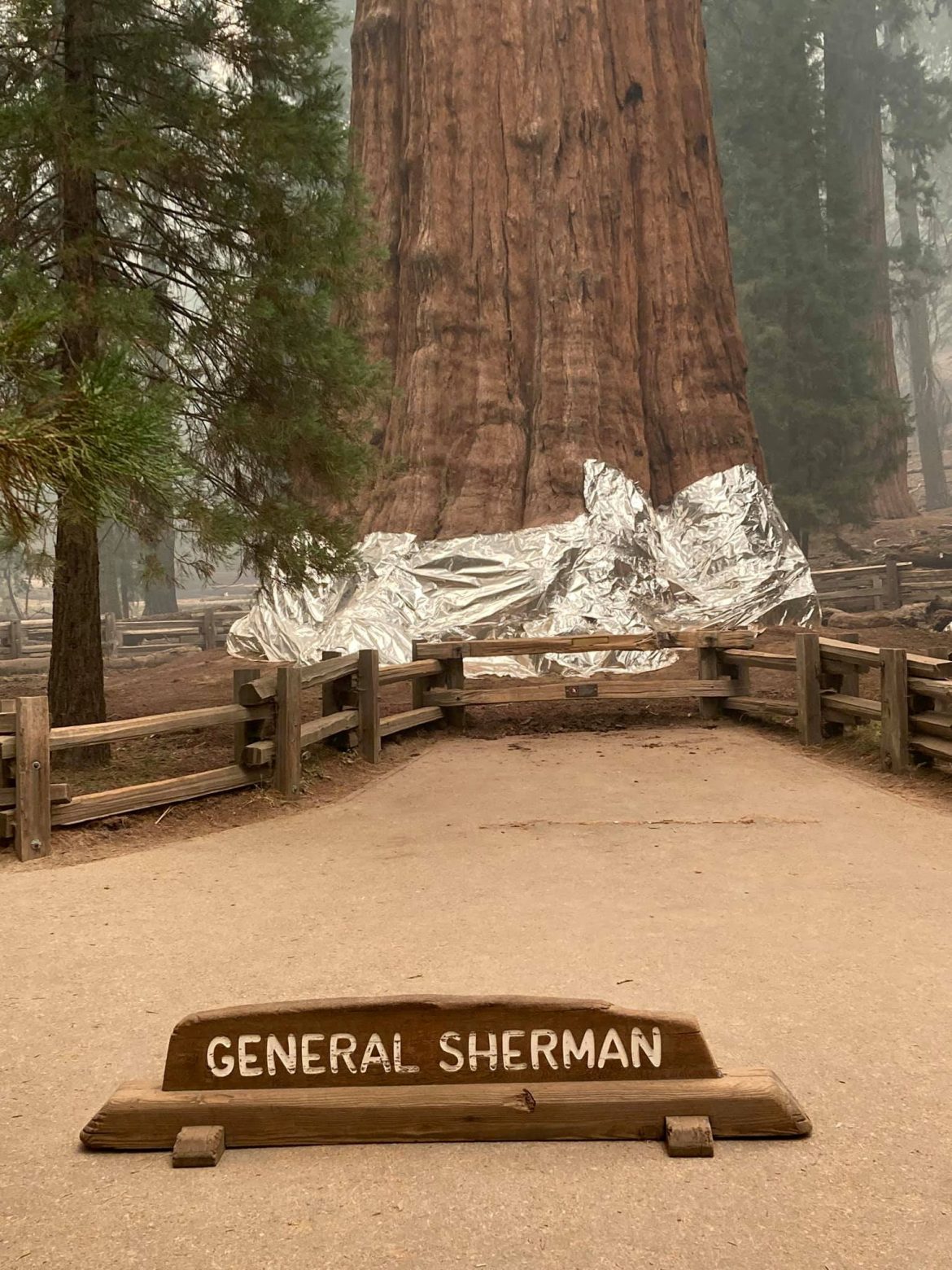 Dry conditions have spurred a new flurry of evacuation warnings in parts of Fresno as crews continue to struggle to contain fires affecting California’s KNP Complex, an area that encompasses the Sequoia and Kings National Parks.

The fires ignited Sept.9 when a storm sent dozens of lightning bolts into the dense forest of the parks known for their giant sequoia tree groves, eleven of which have burned. Westerly winds have sparked a series of spot fires, which has hampered  firefighters in their attempt to contain the spread, along with rising temperatures and lower humidity levels. At one point last week, wind gusts reached 40 mph, fanning flames that consumed nearly 2,000 acres in one day in the southern Sierra Nevada

“Those fuels, that stored energy on the ground ,from grass to timber — it’s just marinating in that dry air,” said fire behavior analyst Jeff Shelton in a statement to the LA Times. In the same article, Clay Jordan, superintendent for the Sequoia and Kings Canyon National Parks states that firefighters are dealing with “very difficult decisions” in terms of weighing personal safety risks against protecting communities from the fires.

According to an article published in The Hill, 12.7 million acres of land have been burned in California since 2012, with experts expecting the trend to continue.

In an article published last year by the California Policy Center, the 1969 Environmental Protection Act and aggressive lobbying from environmentalists limiting fire prevention steps such as timber harvesting and controlled burns, has created biomasses in the form of forest overgrowth. These biomasses compete for “the same water, soil, and light a healthier forest would have used,” increasing the spread and duration of forest fires.