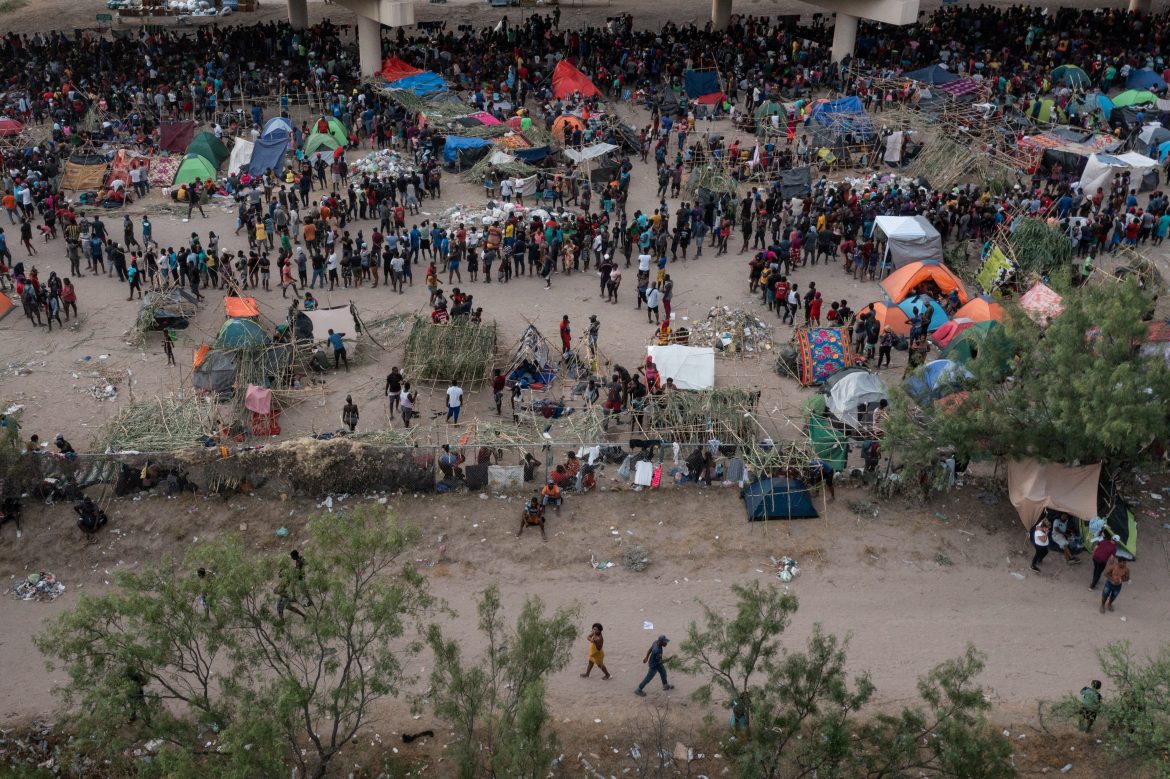 Over two dozen Republican governors are requesting to meet with President Joe Biden to address their concerns over the ongoing crisis at the border. The request comes as the U.S. works round the clock to deport nearly 15,000 Haitian migrants camping under a bridge in Del Rio, Texas.

The 26 governors signed a letter demanding a meeting with Biden to “bring an end to the national security crisis created by eight months of unenforced borders.” The letter is signed by both conservative hardliners, including Florida Governor Ron DeSantis, and moderates like Governor Charlie Baker of Massachusetts and Governor Mike DeWine of Ohio.

“The months-long surge in illegal crossings has instigated an international humanitarian crisis, spurred a spike in international criminal activity, and opened the floodgates to human traffickers and drug smugglers endangering public health and safety in our states,” The governors wrote. “A crisis that began at our southern border now extends beyond to every state and requires immediate action before the situation worsens.

The letter cites near historic surges in border encounters. “Border apprehensions are up almost 500% compared to last year, totaling more than 1.3 million—more people than the populations of nine U.S. states.”

The governors also expressed concerns that “approximately 9,700 illegal apprehensions have prior criminal convictions,” and that “cartels and traffickers are making $14 million a day moving people illegally across the border.” The governor also expressed worries over drug smuggling, writing that “more fentanyl has been seized this fiscal year than the last three years combined—almost 10,500 pounds of fentanyl when only 2 milligrams prove fatal.”

Since Biden took office, border encounters have increased to levels not seen in over two decades. The latest numbers from U.S. border patrol show that there were 208,887 migrant encounters at the border last month, making August the second month in a row that surpassed 200,000. Encounters are up 300% from August of 2020.