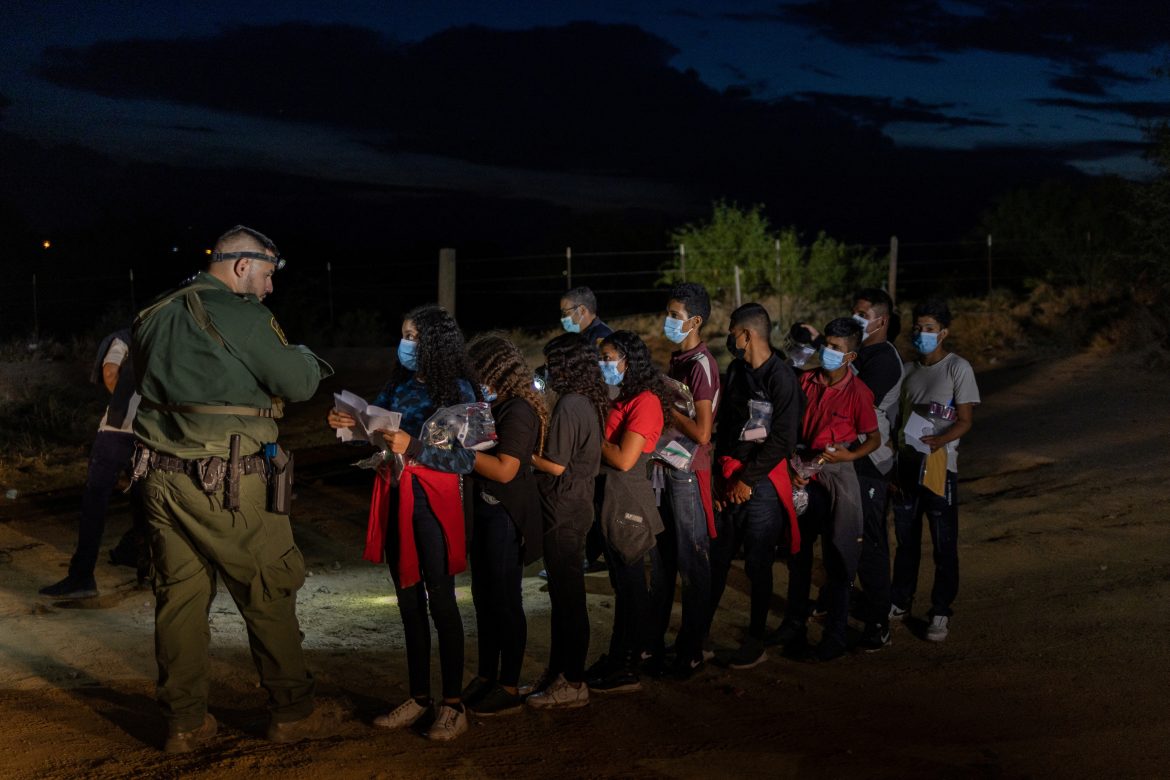 Texas Governor Greg Abbott announced that at least 81 people on the terror watchlist have been encountered at the U.S.-Mexico border since President Joe Biden took office. According to reports, that comes after a four-year average of three encounters per year, prior to 2021.

80+ terrorists on the Terrorist Watchlist have been encountered along our southern border since Pres. Biden took office.

His refusal to secure the border is a direct threat to our national security.

Texas is stepping up to protect Americans from these dangerous criminals. pic.twitter.com/wsopOYGokf

A recent FISM report revealed that 53% of Americans would describe what is happening at the border as an “invasion,” as there are almost 200,000 encounters with migrants there monthly.

The Terrorist Screening Center (TSC) controls and updates the “terror watchlist” by sharing terrorism-related information across U.S. agencies. The FBI website describes this watchlist as “having information on people reasonably suspected to be involved in terrorism (or related activities).”

That means, according to Gov. Abbott’s tweet, the number of encounters that border agents have with suspected or known terrorists has increased from less than three every year to more than 50 per year since President Biden took office.

That increase has taken place, according to FISM, as overall encounters have increased from about 750,000 per year prior to Biden taking office to more than 2 million yearly since then, and that number will be even higher at the end of 2022.

The small southern cities on Texas’ border are not equipped to handle the huge increase in numbers of immigrants, and Gov. Abbott is calling on President Biden to do more to protect his state.

First Texas bus of migrants has arrived in Chicago.

Biden's inaction at our border puts Texans at risk & is overwhelming our communities.

We'll continue bussing migrants to sanctuary cities like NYC, DC, & now Chicago until the federal gov't does its job & secures the border. pic.twitter.com/RccsdIOXiI

Gov. Abbott has bused migrants from Texas to New York City and Washington D.C. to protest the Democratic administration’s inaction on the Texas border. Abbott’s tweet revealed that Chicago, another sanctuary city run by a Democrat, Mayor Lori Lightfoot, is the latest city to receive bus loads of immigrants from the Texas border.

“To continue providing much-needed relief to our small, overrun border towns, Chicago will join fellow sanctuary cities Washington, D.C. and New York City as an additional drop-off location,” Abbott said in a statement. “Chicago Mayor Lori Lightfoot loves to tout the responsibility of her city to welcome all regardless of legal status.”

Mayor Lightfoot’s response, similar to the response of New York City Mayor Eric Adams, was to say she was shocked and appalled at Abbot’s actions. A spokesperson for Lightfoot released a statement that said, “Chicago is and will continue to be a welcoming city. We are collaborating across various City departments and with local, state and community partners to ensure everyone who arrives in Chicago is greeted and treated with dignity and respect.”

I'm appalled by the behavior Texas Governor Abbott has displayed. Chicago is a city that welcomes all regardless of race, ethnicity, age, religion, sexual orientation, gender identity, disability, or economic status. https://t.co/NSez6hmeZz 🧵1/

While there is clear political jockeying from both sides, the danger at the border is clear. Abbott is asking the federal government to step in. Since they will not, he is acting to protect the citizens of his state.