A Stash Of 1,000-Year-Old Gold Coins Unearthed In Israel

Israeli teenagers unearthed hundreds of gold coins stashed away in a clay vessel for more than a thousand years.

The treasure was discovered on Aug. 18, the Israel Antiquities Authority said on Monday, by teenagers volunteering at an excavation in central Israel where a new neighborhood is planned to be built.

“The person who buried this treasure 1,100 years ago must have expected to retrieve it and even secured the vessel with a nail so that it would not move. We can only guess what prevented him from returning to collect this treasure,” said excavation director Liat Nadav-Ziv.

The area it was found in housed workshops at the time the treasure was hidden and the identity of the owner is still a mystery. 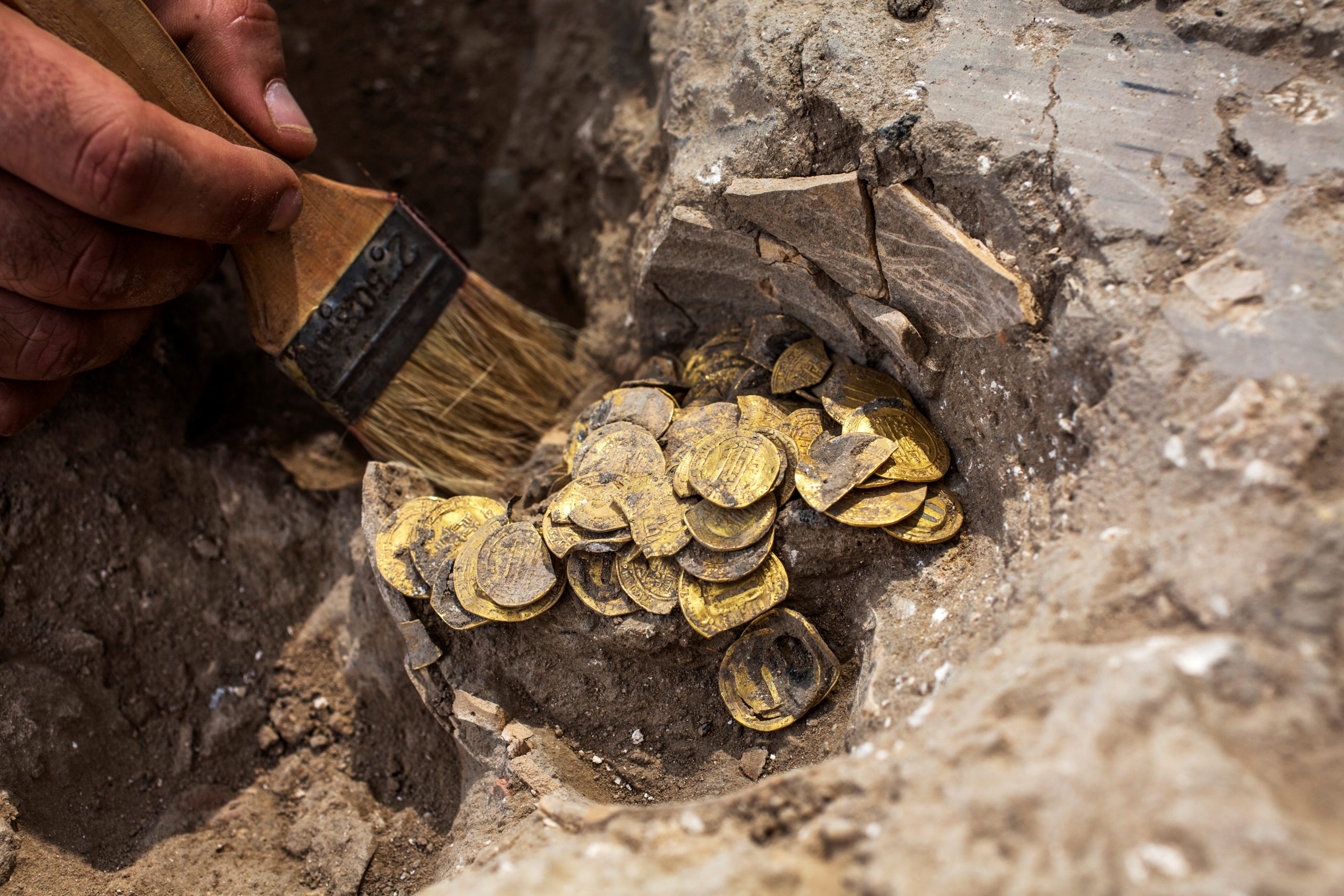 “It was amazing,” said Oz Cohen, one of the volunteers who found the treasure.

“I dug in the ground and when I excavated the soil, saw what looked like very thin leaves. When I looked again I saw these were gold coins. It was really exciting to find such a special and ancient treasure.”

Dating back to the ninth century Abbasid Caliphate period, the 425 24-carat pure gold coins would have been a significant amount of money at the time, said Robert Kool, a coin expert at the Antiquities Authority.

“For example, with such a sum, a person could buy a luxurious house in one of the best neighborhoods in Fustat, the enormous wealthy capital of Egypt in those days,” Kool said.