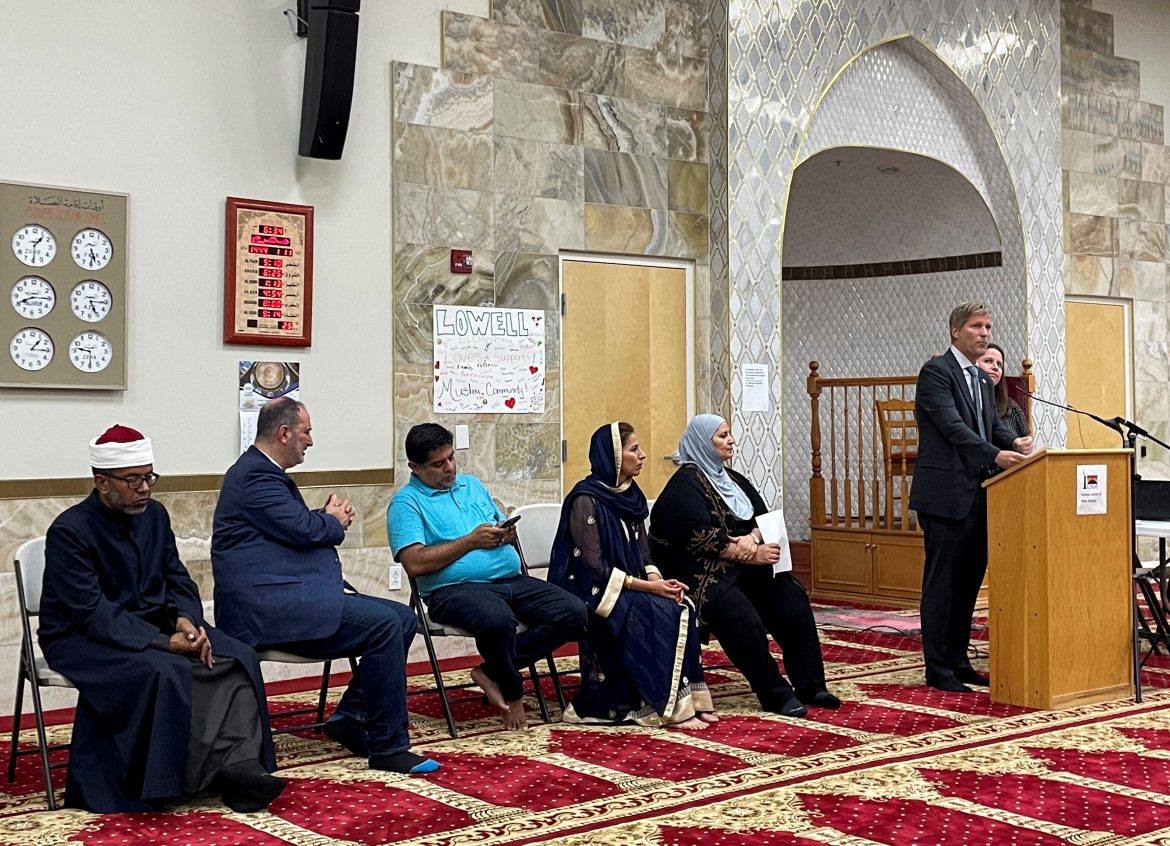 A Muslim immigrant from Afghanistan has been arrested as the prime suspect in the serial killings of four Muslim men that rattled the Islamic community of New Mexico‘s largest city, police said on Tuesday.

After days of bolstering security around Albuquerque-area mosques, seeking to allay fears of a shooter driven by anti-Muslim hate, police said on Tuesday they had arrested 51-year-old Muhammad Syed, one among the city’s Islamic immigrant community.

Authorities said the killings may have been rooted in a personal grudge, possibly with intra-Muslim sectarian overtones. The revelation came as a shock to some on the left who had wrongly characterized the shootings as a result of “far-right extremism” and “Islamaphobia.”

All four victims were of Afghan or Pakistani descent. One was killed in November, and the other three in the last two weeks.

A search of the suspect’s Albuquerque home uncovered “evidence that shows the offender knew the victims to some extent, and an inter-personal conflict may have led to the shootings,” police said in a statement announcing the arrest.

Investigators are still piecing together motives for the killings of the four men, Deputy Commander Kyle Hartsock of the Albuquerque Police Department said at a news conference.

In response to reporters’ questions, Hartsock said sectarian animus by the suspect toward his fellow Muslim victims may have played a role in the violence. “But we’re not really clear if that was the actual motive, or if it was part of a motive, or if there is just a bigger picture that we’re missing,” he said.

Syed has a record of criminal misdemeanors in the United States, including a case of domestic violence, over the last three or four years, Hartsock said.

Police credited scores of tips from the public in helping investigators locate a car that detectives believed was used in at least one of the killings and ultimately track down the man they called their “primary suspect” in all four slayings.

Syed was formally charged with two of the homicides: those of Aftab Hussein, 41, and Muhammed Afzaal Hussain, 27, killed on July 26 and Aug. 1, respectively, Albuquerque Police Chief Harold Medina told the briefing.

The latest victim, Nayeem Hussain, 25, a truck driver who became a U.S. citizen on July 8, was killed on Friday, hours after attending the burial of the two men slain in July and August, both of them of Pakistani descent.

The three most recent victims all attended the Islamic Center of New Mexico, Albuquerque’s largest mosque. They were all shot near Central Avenue in southeastern Albuquerque.

The first known victim, Mohammad Ahmadi, 62, a native of Afghanistan, was killed on Nov. 7, 2021, while smoking a cigarette outside a grocery store and cafe that he ran with his brother in the southeastern part of the city.

Police said the two killings with which Syed was initially charged were tied together based on bullet casings found at the two murder scenes, and the gun used in those shootings was later found in his home.

According to police, detectives were preparing to search Syed’s residence in southeastern Albuquerque on Monday when he drove from the residence in the car that investigators had identified to the public a day earlier as a “vehicle of interest.”

Albuquerque and state authorities have been working to provide extra police presence at mosques during times of prayer as the investigation proceeded in the city, home to as many as 5,000 Muslims out of a total population of 565,000.

The ambush-style shootings of the men have terrified Albuquerque’s Muslim community. Families went into hiding in their homes, and some Pakistani students at the University of New Mexico left town out of fear.

Imtiaz Hussain, whose brother worked as a city planning director and was killed on Aug. 1, said news of the arrest reassured many in the Muslim community.