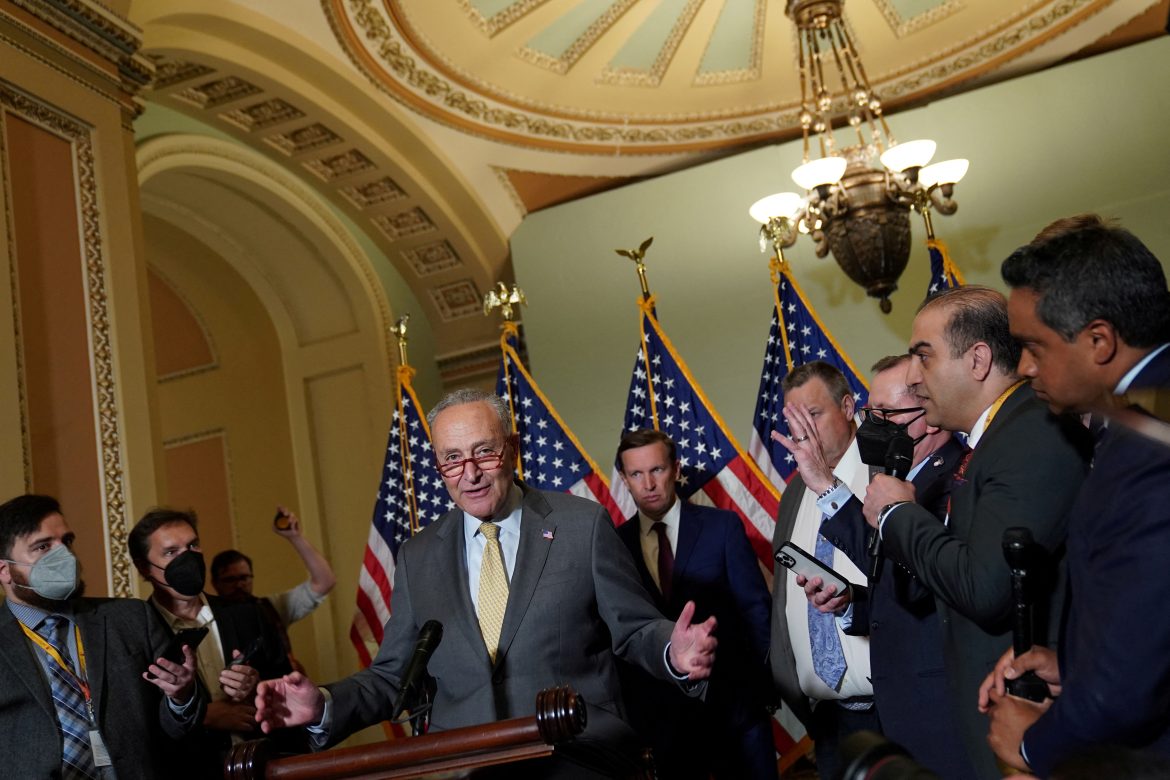 Buried among a heaping helping of proposed amendments to the Democrats’ sweeping reconciliation bill, which passed along party lines Sunday, was one that sought to define pregnancy as a condition unique to women under federal law. All 50 Senate Democrats voted against the amendment introduced by Senator Marco Rubio (R-Fla.).

The provision was one among dozens of amendments to the Inflation Reduction Act proposed by Republicans that, while having little-to-no chance of being enacted, forced Democrats to go on record to clarify their positions on hot-button issues. In this case, every Democrat Senator showed support for the left’s gender-bending craze that seeks to supplant biological science with a myriad of self-created gender preferences and the notion that men can somehow become pregnant.

The Sunshine State senator pointed out that, in “5,500 years of human history…every single human pregnancy has been biological[ly] female.” Rubio said that he introduced the amendment to ensure “that our federal laws reflect that pregnancy programs are available to the only people who are capable of getting pregnant: biological females.”

All 50 Senate democrats voted against itpic.twitter.com/bUAIEpqujW

All 50 Republicans cast supporting votes for the amendment.

“Federal funding should reflect reality: only women can get pregnant. Unfortunately, it looks like my Democrat colleagues don’t trust ‘the science’ after all,” the Rubio stated in a press release following the vote.

Sen. Patty Murray, D-Wash., accused Rubio of attempting to subvert the goals of the climate spending legislation while taking aim at Republican-led state legislatures that have enacted abortion bans.

“This is a procedural attempt by Republicans to derail our ability to get this bill across the finish line and deliver for families in our country,” Murray said. “You know, it’s actually outrageous that Republicans are trying to talk about pregnancy when in this country right now, they are forcing women to stay pregnant no matter their circumstances, pushing cruel and extreme abortion bans.”

The Senate passed the Inflation Reduction Act in a 51/50 vote along party lines, with Vice President Kamala Harris casting the tie-breaking vote. $300 billion of the $430 billion legislation will be invested in climate and energy reforms, representing the largest climate spending measure ever passed in the U.S. The bill also raises corporate taxes, raises personal taxes on nearly all Americans, effectively doubles the size of the Internal Revenue Service (IRS), gives Medicare the power to negotiate some prescription drug prices, and extends subsidies for millions of people who use the Affordable Care Act. Republicans said the bill will hurt the economy.

In a speech on the Senate floor, Rubio said the Democrats’ $749 billion climate and tax bill is a boon to Chinese manufacturers and electric car owners but that it will do little to “help working Americans struggling from inflation, crime, and the border crisis.”

A Heritage Foundation report released last week indicated that The Inflation Reduction Act will actually force Americans to pay over half a trillion dollars more in taxes from their own pockets, with households making less than a combined income of $75,000 carrying roughly 26.5% of the added financial burden.

Sen. Rubio also introduced amendments on permitting reforms, police funding, protections for pregnant students, increasing child tax credits, and establishing that electric vehicle tax credits can only be issued for vehicles manufactured with U.S.-made components or components supplied by countries with whom the U.S. has entered into a free trade agreement.

GOP Senators were successful in forcing Democrats to abandon a provision that would have capped insulin at $35 per month for Americans with private insurance.