All homes on one of Tonga’s islands destroyed, three dead 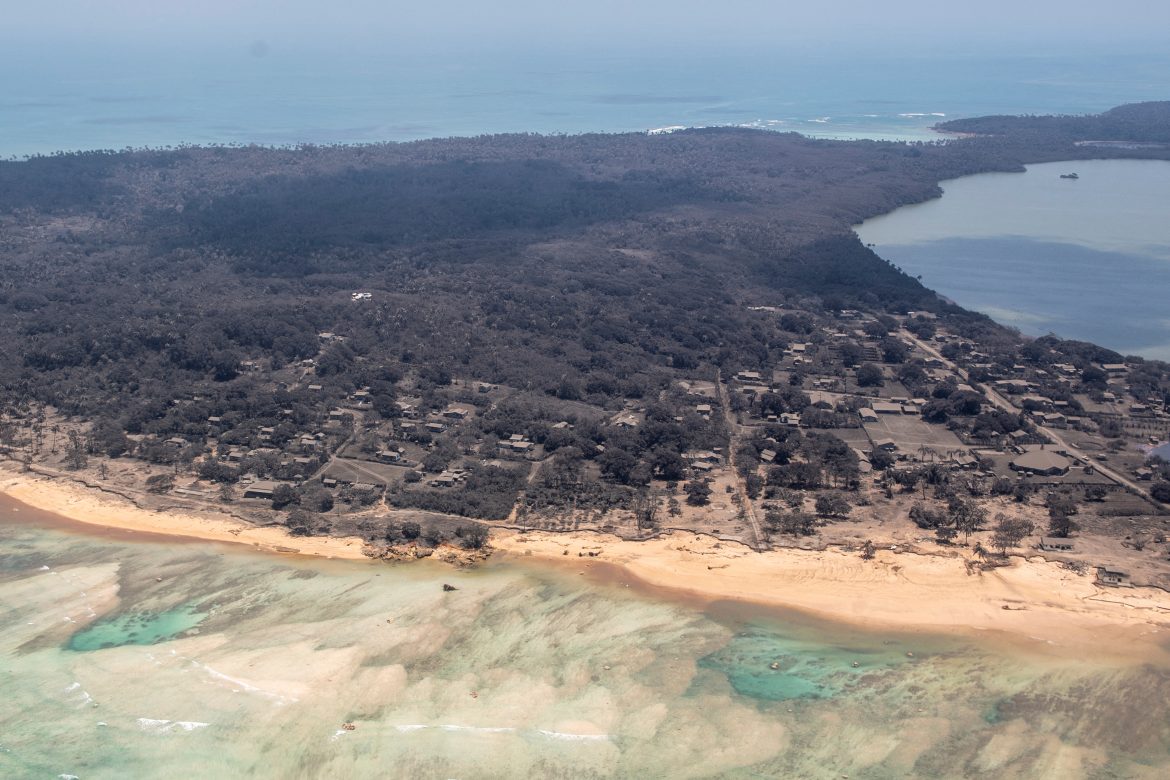 All the homes on one of Tonga‘s small outer islands have been destroyed by a massive volcanic eruption and tsunami, with three people so far confirmed dead, the government said on Tuesday in its first update since the disaster struck.

With communications badly hampered by the severing of an undersea cable information on the scale of the devastation after Saturday’s eruption had so far mostly come from reconnaissance aircraft.

But the office of Prime Minister Siaosi Sovaleni said in a statement that every home on Mango island, where around 50 people live, had been destroyed, only two houses remained on Fonoifua, and Namuka island had suffered extensive damage.

Tonga’s deputy head of mission in Australia, Curtis Tu’ihalangingie, earlier said pictures taken by the New Zealand Defense Force (NZDF) showed “alarming” scenes of a village destroyed on Mango and buildings missing on Atata island, which is closer to the volcano.

“People panic, people run and get injuries. Possibly there will be more deaths and we just pray that is not the case,” Tu’ihalangingie told Reuters.

Sovaleni’s office said a 65-year-old woman on Mango Island and a 49-year-old man on Nomuka Island had been killed, in addition to the British national whose body was found on Monday. A number of injuries were also reported.

Tsunami waves reaching up to 15 metres hit the Ha’apia island group, where Mango is located, and the west coast of Tonga’s main island, Tongatapu, the prime minister’s office said. Residents were being moved to evacuation centers as 56 houses were destroyed or seriously damaged on that coast.

Atata and Mango are between about 50 and 70 km from the Hunga Tonga-Hunga Ha’apai  volcano, which sent tsunami waves across the Pacific Ocean when it erupted with a blast heard 1,430 miles away in New Zealand.

The violent eruption a few hours ago of the Hunga Tonga-Hunga Haʻapai volcano captured by satellites GOES-West and Himawari-8. pic.twitter.com/PzV5v9apF6

Satellite images from Sunday show the caldera of Hunga Tonga-Hunga Ha’apai has collapsed and the island has lost a substantial percentage of its initial surface area, said the U.N. Office for the Coordination of Humanitarian Affairs (OCHA).

Wow! Major volcanic eruption in #Tonga erased the entire volcano and was heard 2,300 km away in New Zealand. these are actual satelite images of the volcano, before and after the eruption (source: Reuters) pic.twitter.com/XpPLNzsh0Y

A search and rescue operation began on Sunday for Atata island, which has a population of about 100 people, with an evacuation underway.

“Challenges to sea and air transportation remain due to damage sustained by the wharves and the ash that is covering the runways,” the PM’s office said.

A thick layer of ash blankets the islands, the aerial images provided to Tonga by New Zealand and Australia showed.

As well as the damage locally, scientists say the eruption could have a long-lasting impact on coral reefs, coastlines and fisheries in the wider region, as well as causing acid rain.

The OCHA cited Tongan officials as saying that clearing the runway was being done manually, with the earliest opening being on Wednesday.

Clean water sources remain a concern and the government has advised people to drink only bottled water as sources may be contaminated with ash, debris and the sea, the OCHA said.

The Tongan navy has deployed with health teams and water, food and tents to the Ha’apai islands, with more aid sent on Tuesday, the prime minister’s office said.

The NZDF images, posted on Facebook and confirmed by Tu’ihalangingie, showed tarpaulins being used as shelter on Mango, one of the kingdom’s 176 islands.

Tonga is expected to issue formal requests for aid soon but in the meantime New Zealand said two ships had set off with water supplies, survey teams and a helicopter. U.N. teams are on standby, the OCHA said.

Australian Foreign Minister Marise Payne said C-130 aircraft from Australia could deliver humanitarian assistance including water purification supplies, while the HMAS Adelaide, which would take five days to get to Tonga, was ready to take engineering and medical teams and helicopter support.

“The impact not just of the inundation but of the extraordinary volume of ash, which is covering everything, plus the communications issues, of course, makes this very difficult,” Payne said.

The PM’s office said some limited communications had been made with satellite phones, but some areas remained cut off.

For loved ones waiting for news of their family, the silence was deafening. “The worst fear is always that you’re not going to see the people that you love again,” said Seini Taumoepeau, a Tongan-Australian in Sydney who has relatives in villages across the Pacific archipelago.

Subcom, a U.S. based private company contracted to repair subsea cables in the Asia-Pacific, said it was working with Tonga Cable Ltd to repair the link that runs from Tonga to Fiji.

Samiuela Fonua, the chair of Tonga Cable, said there were two cuts in the undersea cable that would not be fixed until volcanic activity ceased, allowing repair crews access.