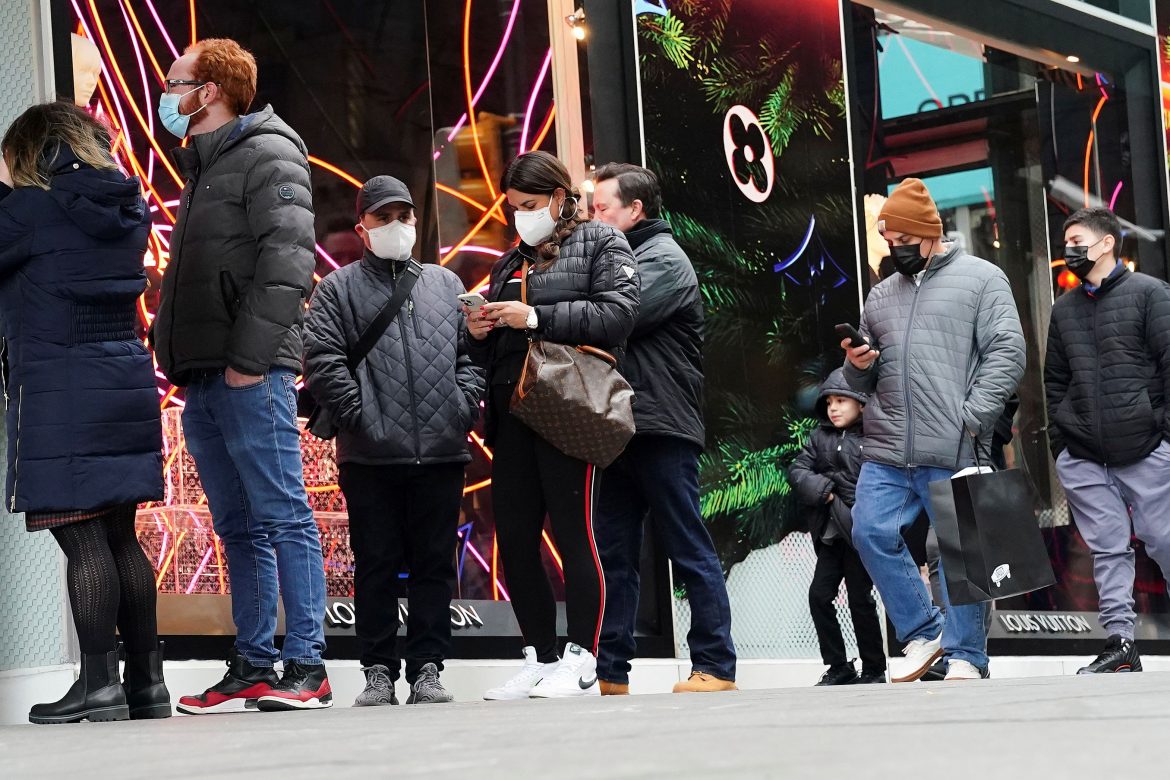 As inflation continues to raise prices in U.S. retail stores, the dissatisfaction of Americans throughout the holiday shopping season grows. This can be seen clearly illustrated by the traditional Black Friday shopping day, which was marked this year by smaller discounts than the average, fewer rainchecks offered, and a low inventory in stores. The culprit? Supply chain problems, of which the majority of U.S. citizens blamed Biden and Congress for in a recent poll.

Last week’s poll by Morning Consult and Politico asked registered voters if Biden was responsible for the supply chain problems. 62 percent of respondents said that he bears some responsibility, with 38 percent of the respondents stating that he was “very responsible.”

Similarly, 61 percent of voters also pointed their fingers at Congress as a contributor to the crisis. 26 percent of these respondents felt that Congress was “very responsible.”

The supply chain crisis is caused by an 80,000-person shortfall of truck drivers, as well as a failure to efficiently load goods onto the trucks at our nation’s ports. This bottle-neck problem contributes to a national shortage of a variety of goods that show in the stores as out-of-stock items. The items that are stocked, such as Christmas trees, have seen a rise in prices due to inflation.

Sucharita Kodali, an analyst with Forrester Research, told Reuters before the shopping day, “Even though the holiday season should be okay from a sales standpoint — because retailers are discounting less — the margins won’t necessarily be higher because of inflation.”

For example, Black Friday shoppers saw inflation of anywhere from 5 percent up to 17 percent, according to Allianz Research, with TVs being the most impacted by a higher price. Despite Kodali’s prediction, there were also fewer discounts available due to a change in holiday shopping patterns to compensate for the supply shortage. Retailers also sought to preserve a price margin.

Mastercard Senior Adviser Steve Sadove explained to Yahoo Finance, “My guess is you’re seeing 5 to 10 percentage points less discounting going on in the environment. Partly because inventories are in-line and partly because of supply chain issues. You’re seeing a lot of key items selling early. People are getting out there and getting the items quickly because they know that they’re going to be running out of stock.”

One Black Friday shopper, a 21-year-old student in Chicago named Elver Gomez, told Reuters that he couldn’t find the laptops that he wanted in-stores because it “seems like this year it’s either out of stock” or just was “not that great of a price.”