Analysis: With State of the Union, Biden and Democrats attempted to salvage political prospects 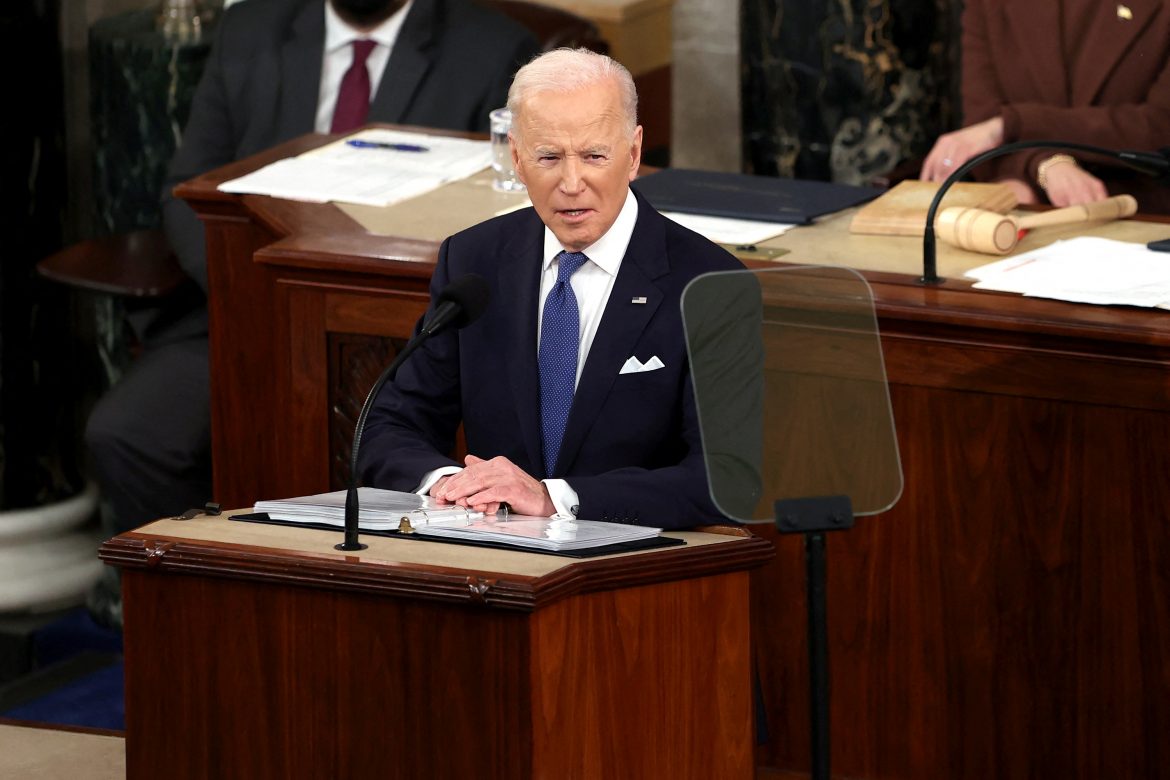 Tuesday’s night State of the Union address might be the closest thing Americans ever get to an apology from President Joe Biden or the left.

In American politics, “I’m sorry” might as well be “I’m fired” as any admission of personal accountability typically precedes either the abdication of an elected position or being voted out of the same.

Following a disastrous exit from Afghanistan, a spike in both inflation and cost of living, rise in resistance to and outright flouting of federal COVID-19 guidance, failed attempts to meaningfully unite the nation, and massive dip in popularity, President Biden’s address was, for all of its rhetorical trappings, a round-about way of expressing remorse about the actual state of things.

“We meet tonight in an America that has lived through two of the hardest years this nation has ever faced,” the president said. “The pandemic has been punishing.  And so many families are living paycheck to paycheck, struggling to keep up with the rising cost of food, gas, housing, and so much more.”

If given a name-redacted version of the address, one might be forgiven if he assumed the speech was from the most recent Republican administration.  But for his stances on climate change and social justice, Biden seemed to be working off of a borrowed script.

He struck a tough tone when addressing Russian President Vladimir Putin, endorsed Americans going mask free, and got a “Build the Wall!” chant in response to his declaration that the nation’s borders must be made secure.

Biden also squashed any idea that defunding the police would be a part of his agenda.

The sudden shift was at once jolting and predictable.

Whether one likes or dislikes President Biden, it’s impossible to argue that he lacks political acumen. He did not become a successful career politician by not understanding how public sentiment works, and that sentiment is aiming toward major gains for conservatives in the 2022 midterm election.

In a way, Biden’s decision was made for him by voters who participate in polls, and now he hopes to convince Americans they have a president and majority party who are tough in the areas of foreign policy, immigration, crime, and inflation.

Biden also signaled he is willing to toss out his less popular projects, or at least couch them in new terms.

Biden jettisoned Build Back Better – that phrase was never uttered – in favor of the slightly modified “Building a Better America.” And, while he made overtures about the elements of Build Back Better that were popular with progressives, those mentions were granted less time or prominence than his Russia, inflation, cost-of-living, immigration, and pro-police remarks.

Biden-wary readers might view this observation with skepticism – and there is every chance that the underlying goal of Tuesday’s address was to reintroduce Build Back Better as a series of individual goals – but Progressive Congressional Caucus members seem to have recognized the precarious position of their stated goals.

Tuesday evening, before the State of the Union commenced, the Caucus released a statement requesting “urgent action” be taken “to deliver President Biden’s domestic agenda.”

“It’s not too late to meet this moment,” the statement reads. “There is broad consensus on the most critical solutions Americans need to lower costs for families, tackle the climate crisis, and create opportunities and good-paying jobs. It is time to act.

“We stand united and ready to work with President Biden and all of our colleagues in the House and Senate to ensure a strong, final version of this bill becomes law as soon as possible.”

For progressives, “soon” might never come. Biden’s focus seems to be shifting from achieving his pre-presidential goals to a pragmatic attempt to mitigate loss. When one faces subterranean popularity numbers, all bets are off.

It’s uncertain if Biden’s reformatted policy positions will help either his or the Democratic party’s fortunes in 2022 or 2024.  The pesky existence of news sites, video, and audio – and a Republican party all-too-happy to recount Biden’s failings – will make it difficult for this effort to work.

A collection of Democrats have spent the last two years demanding massive police reform, less restrictive immigration standards, heavier-handed COVID restrictions, and colossal federal spending; Biden has failed to shepherd his social, environmental, or voting initiatives into law despite enjoying a Democrat-controlled House and Senate; and the cost of living and inflation continue to rise at rates that outstrip wage increases.

The jaded skeptic might say that the left, with all the dignity of a drunk trying to fake his way through a field-sobriety test, wants to convince Americans that the best way forward is to stick with Democratic leadership.

Much like the over-served lush on the side of a highway, confidently staggering down what he thinks is a straight line, Democrats hope that if they just try hard enough and portray enough bravado, they might yet save themselves.

The problem for Democrats is that Americans, like the police officer asking the boozed-up motorist to stand on one leg and count backward from 100, are statistically unlikely to buy what is being sold to them; and Democrats, like the soon-to-be-cuffed drunk driver, could be in for a brief but unenjoyable ride.