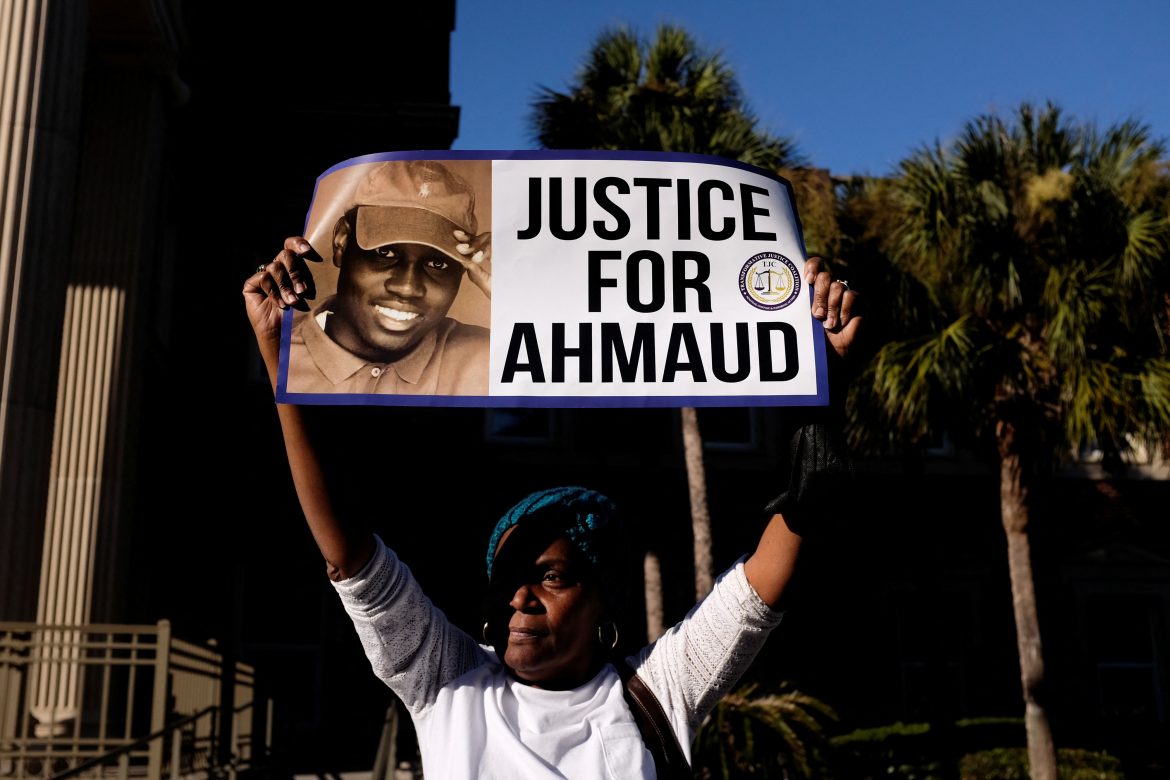 Three Georgia men convicted of felony murder in the brutal shooting of a black man have now been formally sentenced to life in prison. Outside, people cheered the sentence by exclaiming, “What did we get? Justice! When do we get it? Today!”

The McMichaels and Bryan were convicted on Nov. 24 for charges connected with the February 2020 shooting of Ahmaud Arbery, who went for a jog through a predominantly white neighborhood in Glynn County, Georgia. The McMichaels and Bryan pursued Arbery for over 5 minutes in vehicles before cornering the 25-year-old jogger. While Bryan filmed the incident, Travis blasted Arbery with a shotgun.

On Friday, Walmsley sentenced the father and son as being ineligible for parole in what the judge called the “chilling” murder of Ahmaud Arbery.

However, Walmsley did rule that Bryan, 52, would be eligible for parole after serving thirty years of his sentence. Bryan was found guilty in November on three counts of felony murder, one count of aggravated assault, one count of false imprisonment, and one count of criminal attempt to commit a felony.

Walmsley said he sentenced the McMichaels with the harshest available sentencing partially because of their “callous” words captured on the viral video footage that garnered national attention for the case.

“It was a chilling, truly disturbing scene,” the judge said of the fatal moment where Travis raised his shotgun. “I kept coming back to the terror that must have been in the mind of the young man running through Satilla Shores.”

At one point, Walmsley paused his remarks for a full minute of silence to represent just a fraction of the terrified last few minutes of Arbery’s life.

The defense attorneys asked the judge for leniency for their clients leading into the sentencing. They have also stated they plan to appeal the guilty verdict.

Walmsley’s decision is largely in line with the relatives’ of Arbery request for maximum sentencing. His sister, Jasmine, made her plea while in sobs: “Ahmaud had a future that was taken from him in an instance of violence. He was robbed of his life pleasures, big and small. He will never be able to fulfill his professional dreams, nor will he be able to start a family, or even be a part of my daughter’s life.”

Arbery was murdered on Feb. 23, 2020. The McMichaels were arrested during the summer of 2020. They pled not guilty to the charges. Jury selection for their trial began in October, while opening arguments began on Nov. 5.