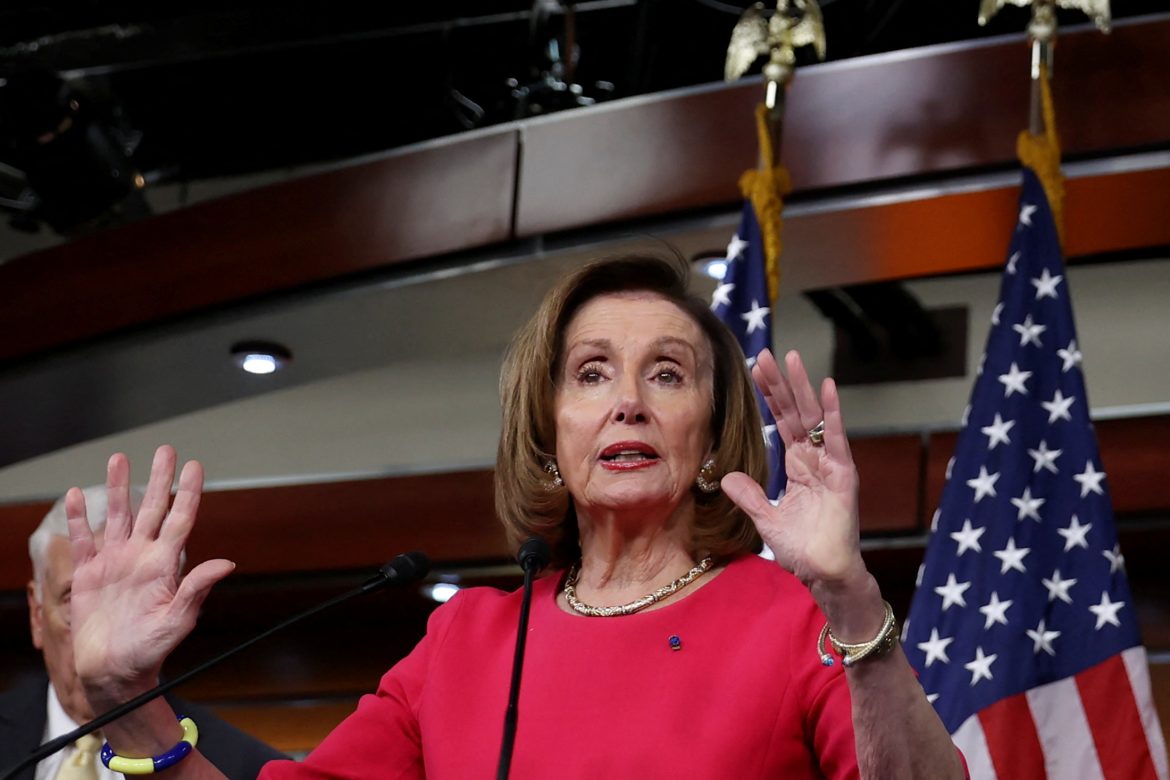 San Fransisco Archbishop Salvatore Joseph Cordileone announced yesterday that Speaker of the House Nancy Pelosi would no longer be allowed to receive Communion because of her support for abortion rights.

Archbishop Cordileone tweeted, “After numerous attempts to speak with Speaker Pelosi to help her understand the grave evil she is perpetuating, the scandal she is causing, and the danger to her own soul she is risking, I have determined that she is not to be admitted to Holy Communion.

After numerous attempts to speak with Speaker Pelosi to help her understand the grave evil she is perpetrating, the scandal she is causing, an the danger to her own soul she is risking, I have determined that she is not to be admitted to Holy Communion. https://t.co/l7M85CyG86

The Catholic Church has specific guidelines regarding how one should prepare themselves to receive the Eucharist or Holy Communion.  In situations such as this, the church often cites 1 Corinthians 11:27-28, which says, “So then, whoever eats the bread or drinks the cup of the Lord in an unworthy manner will be guilty of sinning against the body and blood of the Lord.  Everyone ought to examine themselves before they eat of the bread and drink from the cup.”

Although the issue of whether a prominent politician should be allowed to receive communion is certainly a contentious debate among Catholics, it is not new.  In 2004 St. Louis Archbishop Raymond Burke prohibited presidential candidate John Kerry from receiving Communion due to his stance on abortion.  At the time, such a denial of Communion to a well-known Catholic politician was unprecedented.

As the inevitable tension between one’s own political beliefs and church doctrine has heightened, denying political figures Communion has become more frequent.  In 2019 Father Robert Morey of Saint Anthony Catholic Church in Florence, South Carolina, denied Communion to then candidate Joe Biden for his views and policy decisions on abortion.

The phenomenon of prominent politicians leveraging their Catholic faith to curry favor with Catholic voters while governing/legislating in a manner that is directly at odds with that faith is a train wreck waiting to happen.  There are roughly 50 million adult Catholics in the United States, and many of them are registered to vote.  Their party affiliation is hardly monolithic, as roughly half identify as Republican and half as Democrat.  With this in mind, it is no wonder that you have divergent opinions on this issue among the flock.

Additionally, the debate surrounding whether to offer Communion to those who have conflicting views with the church on this issue extends to the clergy as well.  Prominent Chicago priest Father Michael Pfleger has repeatedly voiced his opposition to banning politicians from receiving communion because of their political views.

This issue of Communion is further clouded by the autonomy priests have within their dioceses.  The U.S. Conference of Catholic Bishops, while certainly not endorsing liberal views on abortion, has stated, “Each bishop has authority in his own diocese on this matter.”

This leeway has allowed the opportunity for priests to hold steadfast to their beliefs while not adding gas to the fire.  Cardinal Timothy Dolan of the Archdiocese of New York believes it is always preferable to meet with a politician proactively, before being faced with having to make a decision on denying someone Communion.  Dolan has said, “That’s always preferable than to make a split-second decision and denying somebody.”

That is precisely what Archbishop Cordelione has done with Speaker Pelosi, as he has attempted to speak with her numerous times on the issue.