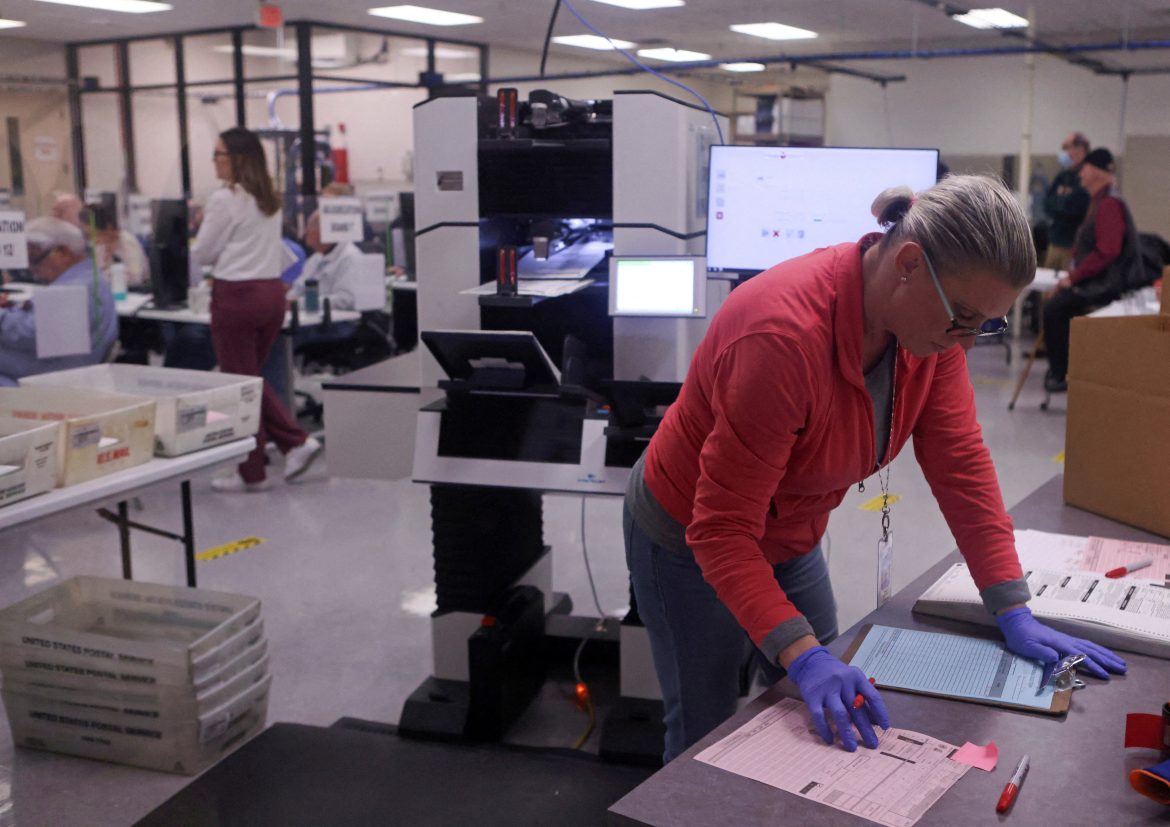 Arizona Attorney General is pressing for answers to how tabulating malfunctions occurred in the state’s most populous county on election day after eleven roving attorneys warned that the problem was more widespread than originally reported by election officials.

“These complaints go beyond pure speculation, but include first-hand witness accounts that raise concerns regarding Maricopa’s lawful compliance with Arizona election law,” the attorney general wrote on Nov. 19 to the county’s civil division chief, Thomas Liddy.

While election officials admitted to problems with the printers at 60 voting centers, Brnovich pointed out that election workers certified that the machines were correctly working the night of Nov. 7. Accordingly, he said that he wants a “comprehensive log of all changes” including user identification, as well as how the problem was diagnosed and when exactly it was solved.

FISM previously reported that voters were given a choice to vote at an unaffected location, place ballots in a dropbox, or wait for machines to be fixed at their regular precinct due to machine failures during the midterm elections.

Some of the complaints Brnovich says the unit received included voters who claimed they were sent to a second voting location without correctly being “checked out” from the first. This means they were given a provisional ballot. Arizona law prohibits this ballot from being counted when a voter has signed in at multiple poll books.

Brnovich also warned that the county “appears to have failed to adhere to the statutory guidelines” to prevent the comingling of non-tabulated ballots with tabulated ones. This error means that some votes went uncounted from that day.

“Arizonans deserve a full report and accounting of the myriad problems that occurred in relation to Maricopa County’s administration of the 2022 General Election,” Brnovich concluded.

His letter appears to be based on earlier reports that roughly one-quarter of voting machines in Maricopa County experienced a ballot reading malfunction. However, these reports were inaccurate according to roving attorneys for the Republican National Convention’s Maricopa County Election Integrity program.

In a Nov. 15 memo first obtained by the Daily Caller, roving attorney Mark Sonnenklar stated that based on his observations and those of 10 other roving attorneys,  problems at voting centers were more widespread and persisted for longer than county officials initially reported.

Out of 223 vote centers, Sonnenklar and the other attorneys visited 115 precincts, comprising 51.56% of polling booths. Of those centers, they counted 72 between them that experienced “material problems with the tabulators not being able to tabulate ballots” on election day.

The tabulators continued to malfunction at all points during election day, rejecting ballots on the first, third, or even sixth attempt to insert a ballot. According to Sonnenklar, the “strong consensus” was that the barcodes in particular “were not printing dark enough for the tabulators to read them.”

These joint findings already “directly contradict the statements of County Election officials” that stated problems were resolved by 3 p.m. and were limited to only 70 machines, Sonnenklar warned GOP leaders and candidates.

As a result, the voting machine caused some voters to “get frustrated and leave the vote center without voting.”

He also noted that voters waited 1-2 hours to receive a ballot at 51.30% of visited centers. Sommenklar said, “It is certainly safe to assume that many voters refused to wait in such lines, left the vote center, and did not return to vote later. A survey of the electorate could easily confirm such an assumption.”

To back this up, roving attorney Aaron Ludwig stated, “I observed at least five voters tell an inspector that, earlier in the day, they left a particular voting location because of printer/tabulator issues, so they returned to it in the evening, but they arrived just after 7:00 p.m. and were not allowed in line.”

In the attached notes, the roving attorneys shared that county technicians cleaned the machines, toner cartridges were changed in an attempt to make the barcode print darker, and outside technicians worked, but the machines continued to misread the ballots.

Additionally, the roving attorneys noted that some inspectors at the voting centers did not quickly mark ballots as being “spoiled” and that one inspector became “defensive” when asked if she would take care of the pile.

Maricopa is the most populous county in Arizona and contains nearly 4.5 million of Arizona’s 7.276 million population.

The voting irregularities will become a central argument for GOP gubernatorial candidate Kari Lake as she challenges the election results.

Senate Republican Blake Masters has also blasted Maricopa County election officials. He said they should “resign in disgrace” or lose their jobs.