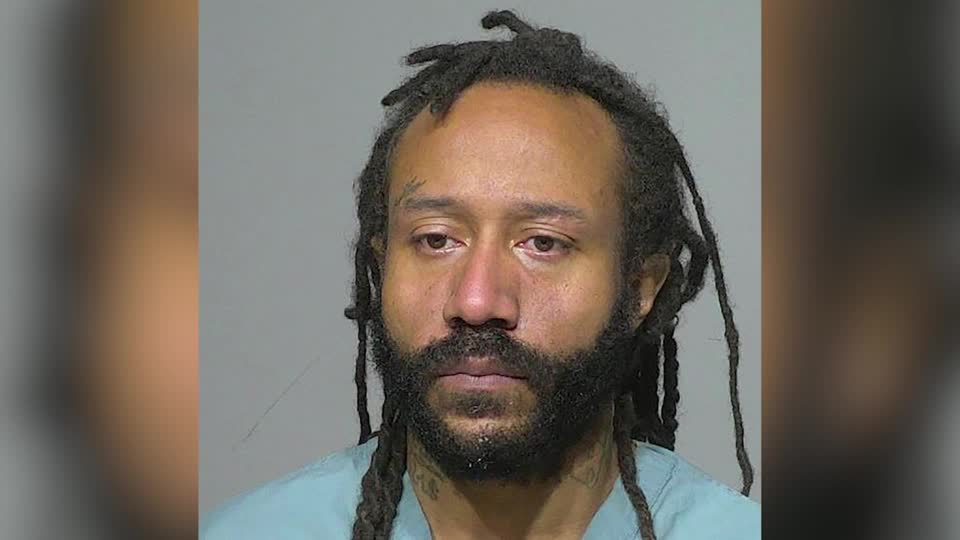 A 39-year-old felon with a lengthy rap sheet faces multiple homicide counts for plowing his SUV through a Christmas parade Sunday, killing five people and leaving at least 48 wounded, many critically.

Waukesha, Wisc. Police Chief Dan Thompson announced Monday that career criminal Darrell Brooks Jr. has been charged with five counts of first-degree intentional homicide for driving his vehicle through police barricades and into a crowd of parade goers and performers. Brooks was taken into police custody shortly after the massacre. The horrific scene was captured on video, showing the driver of a red SUV hitting and running over people without slowing down as others fled screaming.

Police identified the five victims who were killed in the attack as Virginia Sorenson, 79; Leanna Owens, 71; Tamara Durand, 52; James Coolidge, 52; and Wilhelm Hospel, 82. Among the injured were several children.

Waukesha Police Chief Dan Thompson said Monday afternoon that he is referring five counts of first-degree intentional homicide and other related charges against Brooks to the district attorney’s office, according to a Fox news report.

The senseless tragedy has sparked fury and serious questions about bail reform and other soft-on-crime policies in Democratic-run cities, which many believe played a huge role in the perpetration of the horrific crime. Brooks, a career criminal still under an active warrant for a sex crime in Nevada, was freed on a $1,000 cash bail just two days prior to the massacre, according to a Fox news report.

Brooks’ known criminal history dates back to 1999 when he was charged with battery and firearm offences, according to court records obtained by Fox. In 2006, he was convicted of felonious statutory sexual seduction for having sex with a 15-year-old Nevada girl who allegedly became pregnant with his child. He received three years’ probation and was subsequently listed as a registered sex offender.

Brooks was charged with another sex crime in 2016 in Nevada but managed to skip bail and flee the area, at some point relocating to Wisconsin. At the time of the Christmas parade tragedy, he remained the subject of an active warrant in that case, according to authorities. While living in Wisconsin, he was twice taken into custody on unrelated charges, yet, for reasons unknown, was never turned over to Nevada investigators. Brooks was able to make bail in both instances.

This is Darrell Brooks Jr.

He killed at least 5 and injured 40+ when he plowed into a Christmas Parade.

He was released on $1,000 cash bail just two days before the attack and has an extensive criminal history.

Why was he allowed back on the streets? pic.twitter.com/iQSjOG5h1N

Waukesha District Attorney Susan L. Opper told Fox News that, under current Wisconsin law, a criminal suspect cannot be held without bail. She says, however, that she plans to ask the court to set bail prohibitively high during Brooks’ arraignment, which is expected to take place Tuesday. “We don’t have ‘held without bail’ in Wisconsin, but we will expect to be asking for high cash bail, significant cash bail so that for all intents and purposes, they don’t have the ability to post it because it’s so much money,” she said.

Milwaukee District Attorney John Chisholm acknowledged that Brooks should have been held on a much higher bail than $1,000, given his criminal history, and said his office has launched an investigation into its own recommendation for the low bail.

A statement from his office obtained by Fox reads, in part:

Mourners gathered together in a prayer vigil for the victims at Cutler Park in Waukesha Monday evening. The Waukesha County Community Foundation has also set up a fund for people who wish to support the families of the victims of the tragedy.

The #Waukesha community has gathered this evening in Cutler Park for a vigil to remember the victims of the horrific tragedy that unfolded during the city’s Christmas Parade Sunday. pic.twitter.com/nUemtwsHd5