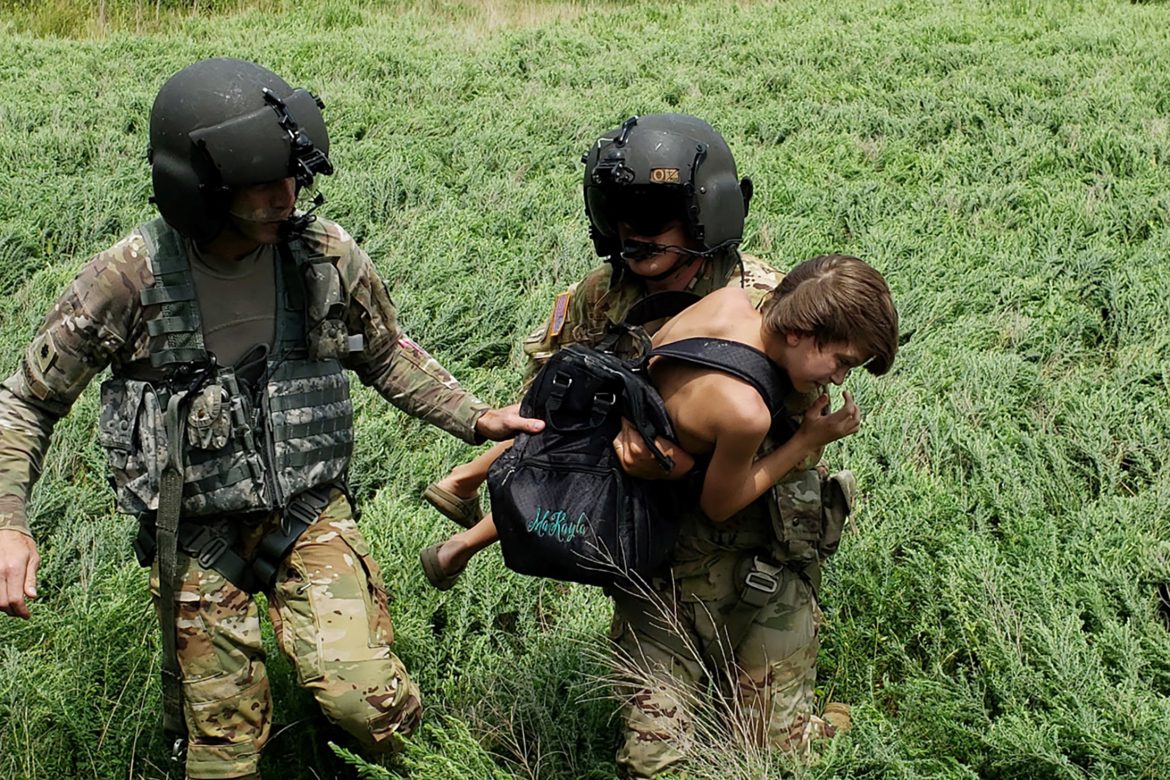 Hundreds of National Guard have fanned out across eastern Kentucky to help residents displaced this week by severe flooding that swept away homes and vehicles, and killed at least 37 people, the governor said on Wednesday.

Although the number of confirmed deaths has held steady at 37, Governor Andy Beshear said he expected the toll to increase by a least “a couple of people” in the coming days.

After days of torrential rain, a spell of dangerously hot weather has become the latest weather concern, with temperatures expected to peak near 100 degrees on Wednesday.

“We have already lost 37 Kentuckians,” he said, urging the thousands of people who remain without power to go to one of the eight cooling stations. “We don’t want to lose any more to what is going to be vicious heat.”

Despite the conditions, the arduous task of cleaning up and rebuilding was well underway on Wednesday, as waters receded and remote areas became more accessible. Mountains of muddy debris, upended vehicles, and homes dislodged from their foundations were common sights.

About 400 members of the Kentucky National Guard were out on Wednesday, delivering hundreds of cases of water and assisting in the recovery effort, Beshear said during a morning news conference.

At Jones Fork Elementary School in Mousie, a tiny community in Knott County, the National Guard was preparing supplies to distribute to flood victims.

Samuel Whitehead, who serves part-time in the Guard, is a teacher who lives in Morehead, in the northern part of the state. He said seeing the devastation in the flood zone was emotional for him because he grew up in the area.

“I’m originally from Hazard, and just coming down here and seeing that the people who I grew up around and my neighbors and old friends, that some of them have suffered all these losses, it’s really hard to watch for me,” he said on Tuesday. “And I feel like I can’t do enough.”

In nearby Hindman, flood water had swamped the first floor of the building that houses Bowling Law Firm.

Dinah Lynn Bowling, an attorney and a co-owner of the firm, was reflective as she stood outside on Tuesday afternoon.

“At first it was very hard, and it was very devastating to see what we had worked so hard for to be destroyed,” she said. “But again, we know that we are so thankful to God because we still have our lives, our families have theirs.”

About 60 miles to the northwest, survivors sat outside a temporary shelter set up by the American Red Cross at Wolfe County High School in Campton. Some of them spoke about the harrowing experience of escaping the fast-rising water with little more than their lives.

“Within two hours, the water is up over the roof of a house. We evacuated with what just we had,” said Dustin Cesefske, who lives with his family in Breathitt County in the heart of the flood zone. “We just had the clothes on their back and that was it.”

For some of the those who have taken refuge in the shelter, it is too soon to speculate what the future holds for them, whether they will rebuild or relocate.

“We’re not sure what we’re going to do. We lost our home completely. It was completely submerged,” said Jonas Creech, who escaped from the trailer park where he lives in Jackson, Kentucky, along with his stepfather and blind mother.

“So we don’t really have plans from here,” he said, his voice trailing off.

Poll: 61% of Americans living paycheck to paycheck, even top earners