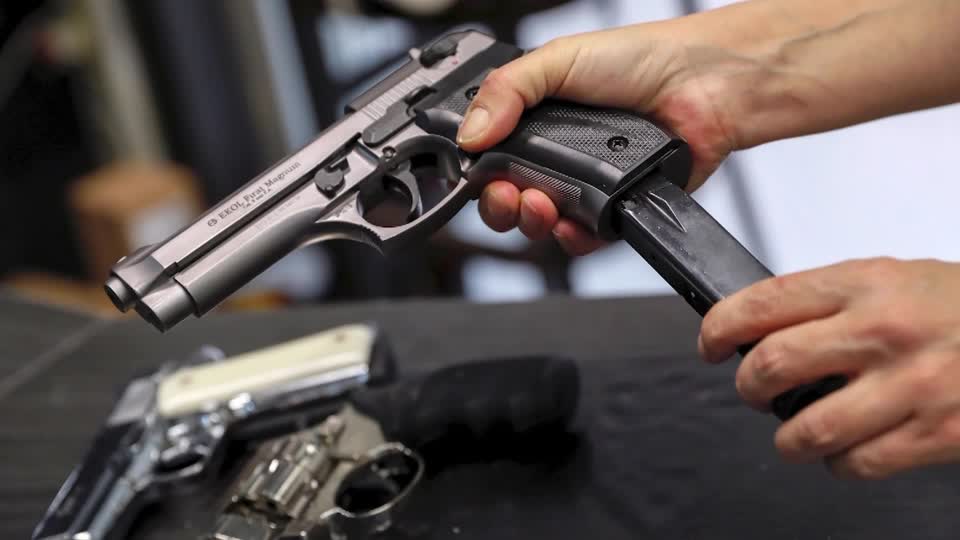 Details continue to emerge surrounding the accidental shooting death of a cinemaphotographer on a movie set near Santa Fe, New Mexico.

The accident occurred Thursday on the set of “Rust,” a Western being filmed at the Bonanza Creek Ranch, when film star Alec Baldwin fired what he believed was an empty prop gun during rehearsals for a scene involving a shootout in a church.

Tragically, the gun contained a live round, and the projectile penetrated director of photography Halyna Hutchins, then struck director Joel Souza in the shoulder.

Hutchins, a 42-year-old mother of one, was airlifted from the set and later pronounced dead at the hospital. Souza is now recuperating.

According to a report by KOAT-TV, an ABC affiliate in New Mexico, assistant director Dave Halls called out “cold gun,” a reference for the prop being safe to use, before handing the prop to Baldwin.

“I am gutted by the loss of my friend and colleague, Halyna,” Souza told Deadline.com Saturday, his first public comment since the accident. “She was kind, vibrant, incredibly talented, fought for every inch and always pushed me to be better.  My thoughts are with her family at this most difficult time.”

Souza continued, “I am humbled and grateful by the outpouring of affection we have received from our filmmaking community, the people of Santa Fe, and the hundreds of strangers who have reached out…It will surely aid in my recovery.”

Baldwin, who is also a producer on the film, issued a statement via Twitter on Friday.

“There are no words to convey my shock and sadness regarding the tragic accident that took the life of Halyna Hutchins, a wife, mother and deeply admired colleague of ours,” the tweet reads. “I’m fully cooperating with the police investigation to address how this tragedy occurred, and I am in touch with her husband, offering my support to him and his family. My heart is broken for her husband, their son, and all who knew and loved Halyna.”

1-
There are no words to convey my shock and sadness regarding the tragic accident that took the life of Halyna Hutchins, a wife, mother and deeply admired colleague of ours. I'm fully cooperating with the police investigation to address how this tragedy occurred and

2- I am in touch with her husband, offering my support to him and his family. My heart is broken for her husband, their son, and all who knew and loved Halyna.

The Los Angeles Times reports that, days before the accident, some crew members walked off the set because of safety concerns, and KOAT-TV reports that an anonymous crew member said there had been two accidental discharges prior to the one that resulted in Hutchins’ death.

Rust Movie Productions, LLC, the company that officially owns and operates the film, told Deadline.com that the company was unaware of any safety concerns, but would investigate the matter.

“The safety of our cast and crew is the top priority of Rust Productions and everyone associated with the company,” the company said in a statement to Deadline. “Though we were not made aware of any official complaints concerning weapon or prop safety on set, we will be conducting an internal review of our procedures while production is shut down. We will continue to cooperate with the Santa Fe authorities in their investigation and offer mental health services to the cast and crew during this tragic time.”

Saturday night hundreds gathered in Civic Plaza in Albuquerque to honor Hutchins with a candlelight vigil.

“I would’ve been lucky to do another movie with a person like that,” Lane Looper, a “Rust” crew member told CNN. “She was a wonderful mom and wife and was just a wonderful soul, and I really hope more people like her exist.”

Mary Carmack-Altwies, the district attorney  representing New Mexico’s First Judicial District, told Deadline.com she was awaiting the results of further investigation by the Santa Fe Sheriff’s Office before deciding what, if any, charges would be filed.

NOAA says most of U.S. will experience drier, warmer winter