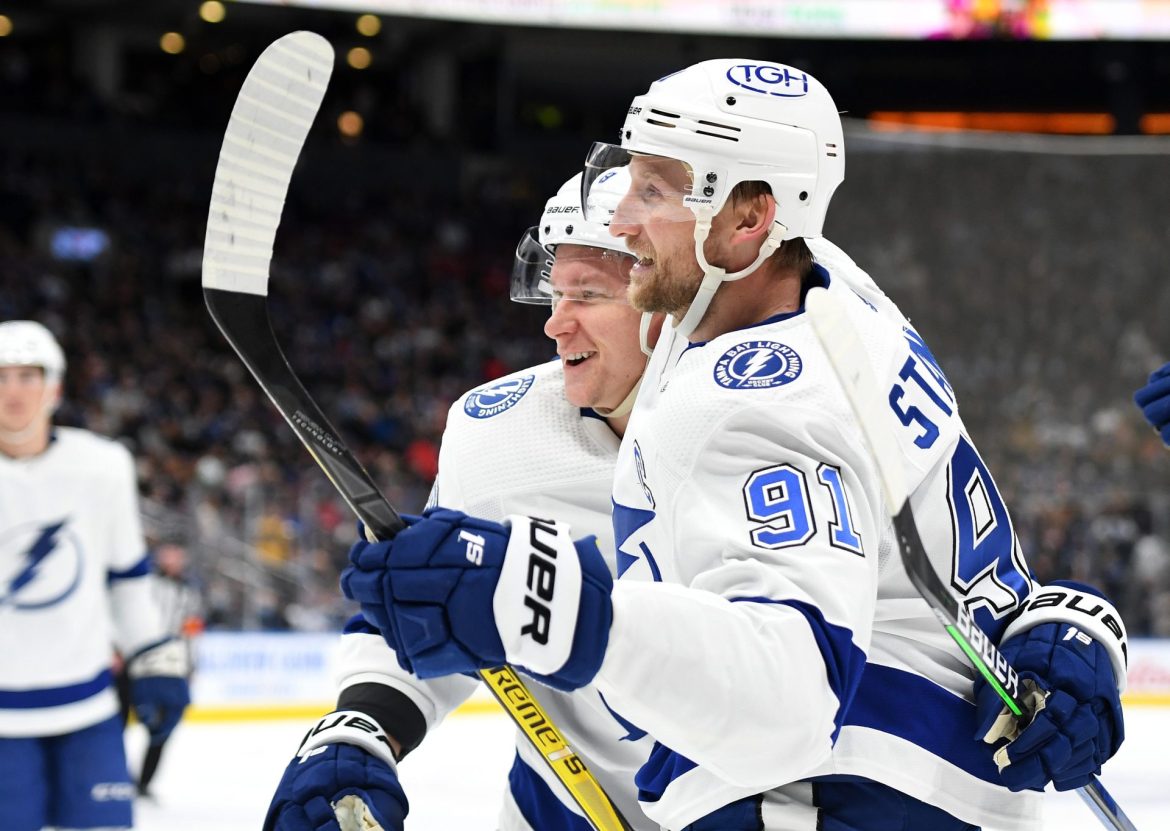 After wasting a 3-1 lead in the second period of Game 1 Wednesday night, the Avalanche knocked off the Lightning just 1:23 into overtime when Andre Burakovsky sent one-timed a shot into the net for a 4-3 victory.

Colorado took a 1-0 lead in the best-of-seven series. Game 2 is Saturday night in Denver.

“I wasn’t thinking too much,” Burakovsky said. “It was kind of a crazy feeling. Just great to be here in this Final and help the team win a game.”

Burakovsky is familiar with playoff pressure and the Lightning are a familiar opponent. He scored two goals in Game 7 of the Eastern Conference Finals against Tampa Bay in 2018 when he helped the Washington Capitals go on to win the Cup.

Playing in front of a raucous crowd of 17,778 fans at Ball Arena, the Avalanche looked more like the experienced team against the playoff-tested Lightning. Colorado jumped ahead 2-0 on goals by Gabriel Landeskog and Valeri Nichuskin less than two minutes apart in the first period.

After Nick Paul scored to cut Tampa’s deficit to 2-1, Artturi Lehkonen put Colorado ahead 3-1 late in the first on a power play with two Lightning in the penalty box.

It was the first time Tampa goalie Andrei Vasilevskiy allowed three goals in a first period of a playoff game, according to NHL Stats.

“Vassy, obviously, is a difference maker,” said Mikhail Sergachev, whose turnover in overtime led to the final goal. “He is the best goalie in the world. He’s our best player. So he’s a difference-maker and he can steal games, he can win games by himself. He almost did it tonight.”

The Avalanche showed no signs of rust following a long layoff while awaiting the start of the series. They improved to 13-2 in these playoffs and have won the opener of each series.

Tampa has been down this road already. The Lightning lost the first two games in New York before winning four straight against the Rangers in their previous series. They were down 3-2 in the opening series against Toronto and rallied to win the next two games.

“We’ll look to get off to a better start next game and play with the lead a little bit,” Lightning captain Steven Stamkos said. “That’s a really good hockey team, they got some exceptional players that can make plays and will look to improve.”

The resilient Lightning tied the game at 3-3 in the second period with goals by Ondrej Palat and Sergachev just 48 seconds apart. But neither team could score in a furious third, setting up the overtime period.

Tampa got its leading goal-scorer from the past two title runs back as center Brayden Point returned to play his first game since injuring his right leg a month ago.

The Avalanche turned to goalie Darcy Kuemper, who has battled injuries this postseason. Kuemper made 20 saves, a credit to Colorado’s defense limiting Tampa’s scoring opportunities.

“Darcy has been our starter. He’s played some real good hockey for us this year,” Avalanche coach Jared Bednar said. “The injury kind of set us back a little bit and he was trying to play through it, and it wasn’t working out and had some complications. Darcy is a guy we leaned on heavily all year long. It’s why we relied on him to do this job. I thought he was pretty good. The goals we gave up and the chances we gave up, we made some big mistakes on. He made some big saves for us. Got us a win.”

The Avalanche are seeking to hoist the Stanley Cup for the first time since 2001.