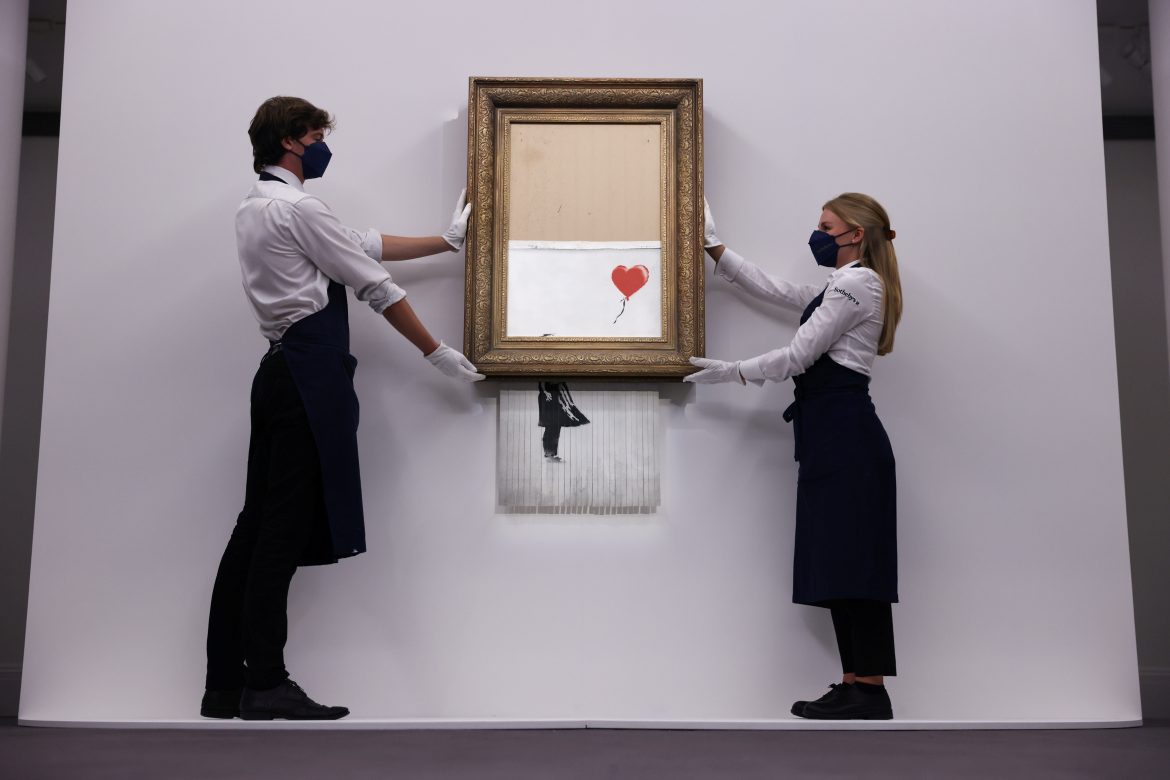 A famous painting by mysterious street artist Banksy sold on Thursday for $25.4m, notable record high for the artist.

“Love is in the Bin” returned to Sotheby’s in London. For the second time the fine art dealer auctioned off the Banksy original design. The bidding process took ten minutes to conclude. Afterward auctioneer Oliver Barker said, “I can’t tell you how terrified I am to bring down this hammer.”

When Banksy’s painting first went through Sotheby’s in Oct. 2018, it looked a little different and went by another name, “Girl with a Balloon.” The simple image shows a child reaching toward a red heart-shaped balloon. It sold in Oct. 2018 for $1.4m to an unknown European female. However, when the hammer fell, a hidden shredder within the picture frame activated to rip half of the image into ribbons.

“It appears we just got Banksy-ed,” said then Senior Director and Head of Contemporary Art, Europe, Alex Branczik.

The moment sealed Banksy in art history as the first person to create a work of art during an auction process. He shared the moment the painting shredded on his Instagram account: 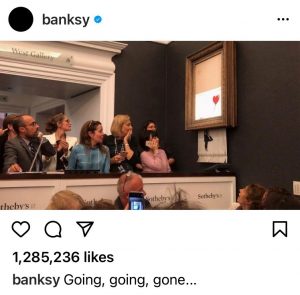 Banksy claimed to have originally built the shredder into the picture frame just in case the painting ever went to auction. He later stated on his Instagram, “Some people think it didn’t really shred. It did. Some people think the auction house were in on it, they weren’t.”

The unknown purchaser of the painting followed through on her original bid. It was later renamed “Love is in the Bin” by Banksy’s representative agency, Pest Control.

Banksy has been an active graffiti artist and political activist since the 1990s in Bristol. He also has ties to the London area. Banksy is known for publicly defacing property with images that decry war, consumerism, and hypocrisy.

The “Girl with Balloon” first appeared in 2002 on the Waterloo Bridge. Banksy also placed it in other places around London that were later removed. Since then, Banksy uses variations of the same design to draw attention to his social activism campaigns.

Other notable Banksy pranks include smuggling his own version of the Mona Lisa, featuring  a large smiley face instead of her iconic face, into the Louvre in 2004 and adding his own example of a cave painting, made on ordinary concrete and showing a shopping cart, to the British Museum in 2005.