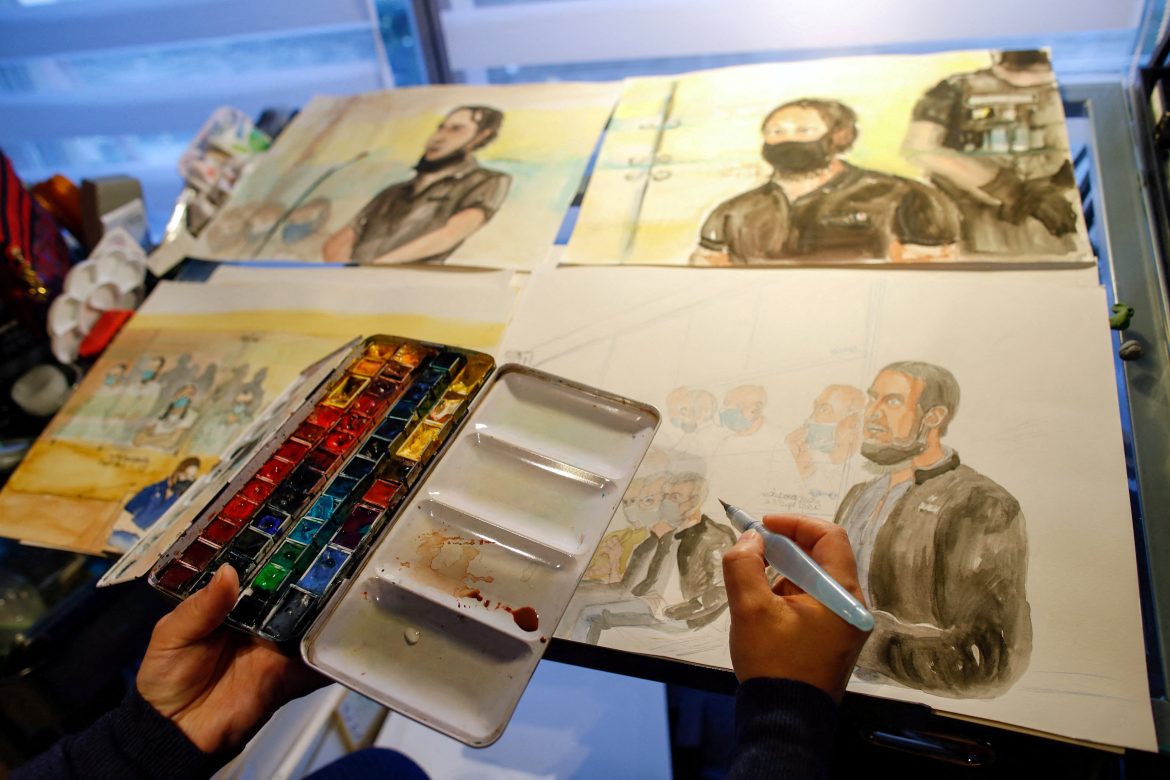 Fourteen people went on trial in Belgium on Tuesday accused of helping a jihadist group that killed 130 people in the gun and bomb attacks across Paris in 2015.

The 13 men and one woman are accused of supporting the self-avowed Islamic State combatants before their attacks on the evening of Nov. 13, 2015, and afterward for the one attacker who survived and returned to Brussels.

Nine accused were present on Tuesday, seven seated at the front of the court, and two led in by guards to closed glass boxes. Two accused are believed to have died in Syria.

The trial is taking place in the former headquarters of NATO in a Brussels suburb with heightened security. Armed police patrolled the perimeter and corridors and guarded the entrance of the vast impromptu courtroom.

Twelve of the accused face charges of leading a terrorist group or participating in terrorist activities, with potential prison terms of up to 15 and five years respectively.

Prosecutors say they helped attackers travel to Syria or supplied them with arms.

Some are accused of secretly housing Salah Abdeslam, a 32-year-old French national of Moroccan origin who is now the main suspect in a trial of more significant attacks participants in Paris. Abdeslam hid in Brussels for four months until his capture, four days before a twin attack in Brussels that killed 32 people.

Two of the group face non-terrorist charges, one for having supplied false documents to those involved in both the Paris attacks and the bombings at Brussels Airport and on the Brussels metro in March 2016. The other is accused of handling arms and explosive material.

The presiding judge asked the accused present to confirm their names, dates of birth, and addresses before one of the defense lawyers sought to have the case against his client dismissed. The case was then adjourned.

Hearings are scheduled to run until May 20, with rulings expected by the end of June.