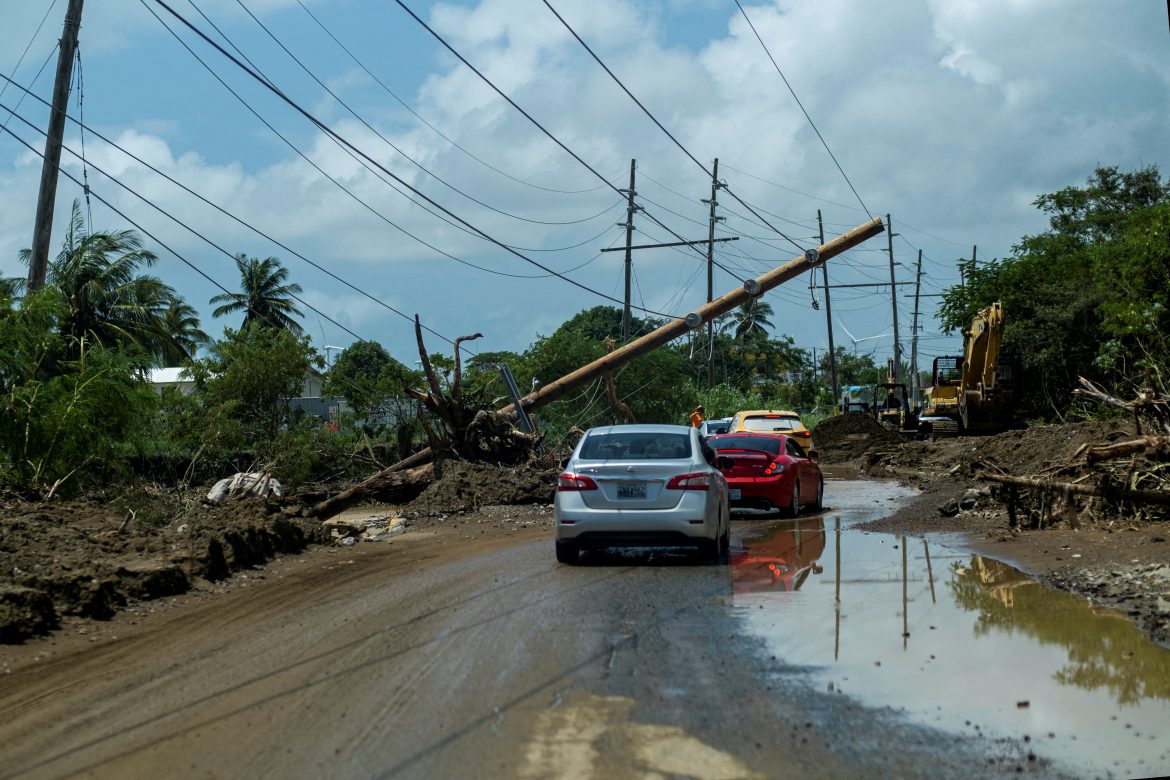 Bermudians boarded up windows and stocked up on groceries and flashlight batteries as Hurricane Fiona drew nearer on Thursday after causing several deaths and leaving many people sweltering without power in Puerto Rico and the Dominican Republic.

Scott Barnes, who fishes for mahi-mahi and tuna, was adding three or four anchors to a boat moored near the shore, and planned to move his two other boats to a protective cove to shelter them from the worst of the Category 4 storm.

As of Thursday afternoon, Fiona had maximum sustained winds of 130 miles per hour and was about 410 miles southwest of Bermuda and moving north-northeast at 13 mph, the National Hurricane Center in Miami said.

A hurricane warning remained in effect for all of Bermuda, home to more than 60,000 people, and the eye of the storm is expected to pass just west of Bermuda on Thursday night, the center said.

“It could still jog east and hit Bermuda,” said Eric Blake, acting branch chief for the hurricane center in Miami. Even on its current path, hurricane-force winds could hit the island at 70 mph Thursday night and up to four inches of rain are expected.

Across the island, people cleared loose debris from yards and readied to close storm shutters. Many homes are built with small shuttered windows, slate roofs, and limestone blocks to withstand frequent hurricanes.

“I’m taking every precaution to stay safe,” said Dean Williams, a resident of the capital city of Hamilton. “Preparation is the key because at its highest intensity we can do nothing but wait it out.”

At least eight deaths have been attributed to Fiona, including that of a sick 4-month-old infant whose mother struggled to get to the hospital due to blocked roads. Investigations into the cause of deaths continue.

The U.S. Federal Emergency Management Agency has so far attributed four deaths to the storm in Puerto Rico. A fifth person was killed in Guadeloupe earlier in the week.

People sweltered in the heat and humidity.

“We are spending almost $70 dollars a day between gasoline for the generator and food,” said account executive Kendra Nieves, 44, who lives in Cidra with her husband and 11-year-old daughter. They have been sleeping with all the windows and doors open, hoping for a cooling breeze. Gathering a few gallons of fuel took trips to several different towns, and preparing food was difficult without water.

“We make a strong breakfast to last us until dinner and for dinner, we make sandwiches,” she said.

Where to Invest Your Cash With No Risk?