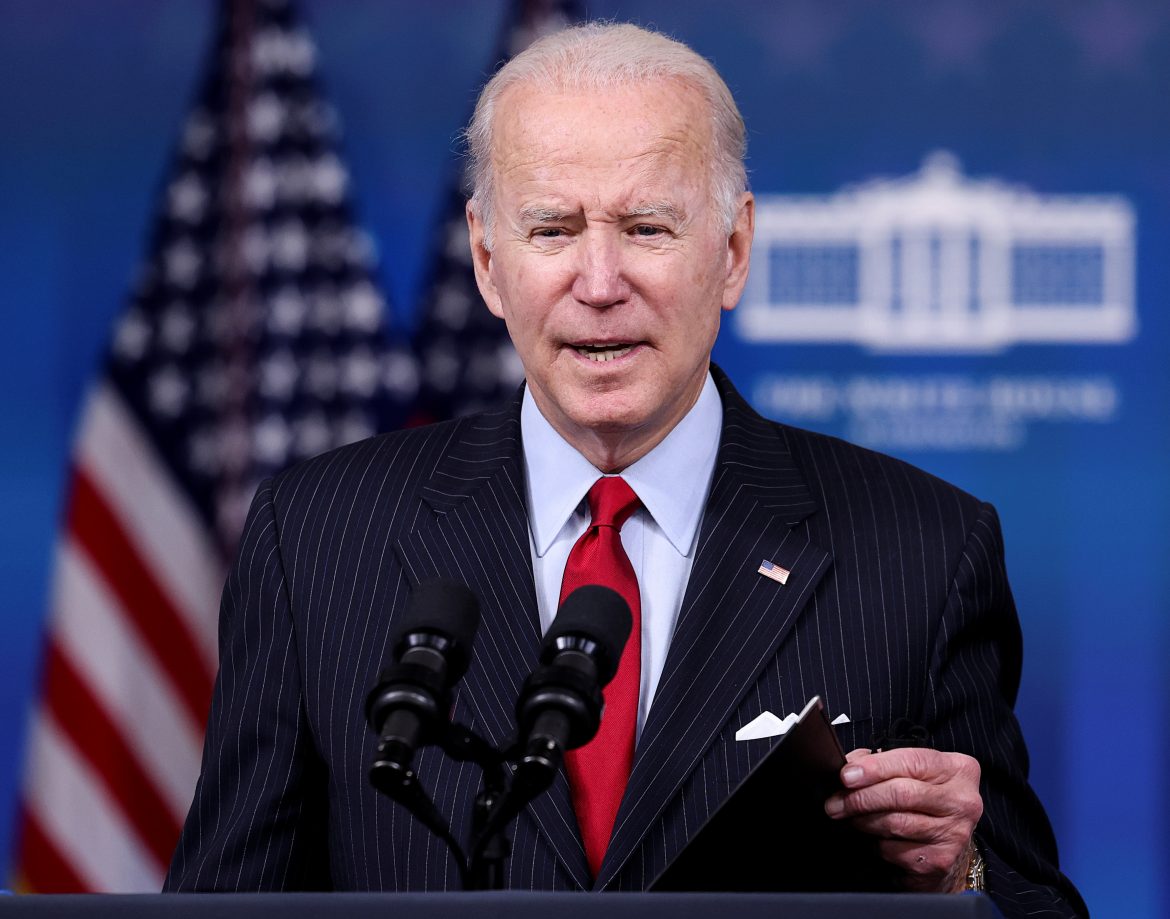 President Biden on Tuesday promised Americans weighed down by prolonged and rising inflation that they’ll pay less at the pump “before long” as he announced plans to tap into the U.S. Strategic Petroleum Reserve. The move comes amid OPEC’s continued refusal to respond to calls for more crude.

The president touted what he called the largest release to date from the oil reserve – 50 million barrels – which he says will serve to boost domestic supplies. The strategy is part of a coordinated effort that also involves Britain, China, India, Japan, and South Korea.

Biden asked Americans to remain patient for relief at the pump while taking the opportunity to push his administration’s climate agenda. “It will take time, but before long you should see the price of gas drop where you fill up your tank, and in the longer-term we will reduce our reliance on oil as we shift to clean energy,” he said.

The president also doubled down on his finger-pointing at U.S. oil companies, claiming they are enjoying record profits they refuse to pass along to consumers. “If the gap between wholesale and retail gas prices was in line with past averages, Americans would be paying at least 25 cents less per gallon right now,” he said. “Instead, companies are pocketing the difference as profit, and that’s unacceptable.” At the president’s behest, the Federal Trade Commission is investigating possible “illegal conduct” in the market.

Critics say Biden’s plan will only provide temporary relief to Americans and fails to address long-term concerns, including the nation’s dwindling energy independence.

“America’s real strategic petroleum reserve is in places like the Permian Basin and the Gulf of Mexico. The Department of Energy’s reserve should only be used for supply disruptions,” said Christopher Guith, senior vice president of the Chamber of Commerce’s Global Energy Institute, according to a Fox Business report. “Instead of ineffectual band aids, the White House should focus on policies that will encourage domestic production of oil and natural gas,” he continued, adding that “all the Administration has done is threaten energy production on federal lands, cancel pipelines and beg Saudi Arabia and Russia for more oil. It’s time to unleash America’s full potential to meet the world’s energy needs.”

“For decades our Country’s very important Strategic Oil Reserves were low or virtually empty in that no President wanted to pay the price of filling them up,” he said, noting that he filled the reserves during his time in office “right to the top, when oil prices were very low. Those reserves are meant to be used for serious emergencies, like war, and nothing else,” he continued. Trump also pointed out that the U.S. was “energy independent one year ago,” and that, under the Biden administration, the nation is now “at the mercy of OPEC.”  “Is this any way to run a Country?” he asked.

Biden’s administration and the Federal Reserve dismissed the U.S. inflation crisis earlier this year, assuring Americans the rising costs were transitory; however, pressure for action has been mounting as consumer prices continued to rise into the fall, coupled with a shortage of consumer goods caused, in part, by the supply chain crisis.

The Labor Department’s Bureau of Labor Statistics reported earlier this month that U.S. consumer prices in October posted their biggest annual gain in 31 years, driven by spikes on the cost of gasoline and other goods.

During his speech, Biden acknowledged the frustration Americans are feeling but offered assurances that his administration is working to tackle supply chain logjams, speed up work at U.S. ports, and collaborate with retailers to make sure consumers can acquire the items they need as the winter holidays approach.