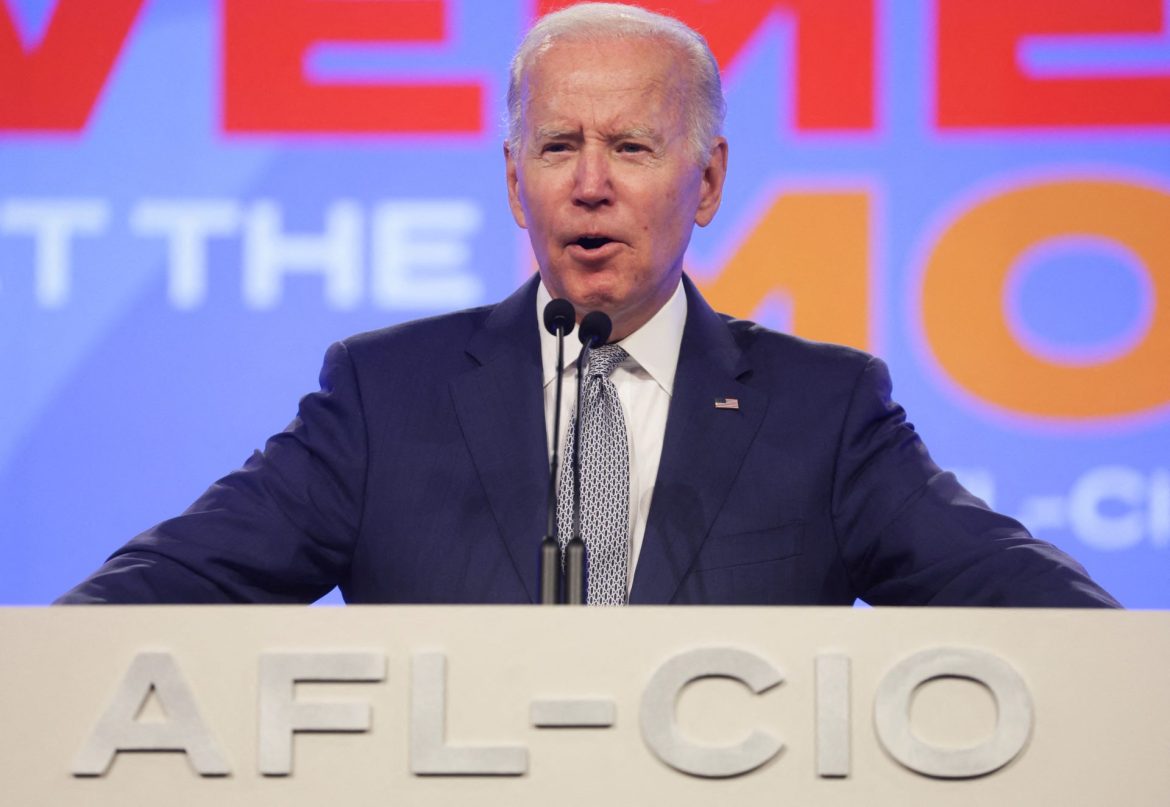 President Biden attempted to defend his economic record and recovery plans Tuesday against accusations by Republican lawmakers that his $1.9 trillion Covid package put America on the fast-track to record-breaking inflation.

Speaking to members of the largest federation of labor unions at an AFL-CIO convention in Philadelphia, Biden appeared visibly angry at times as he railed against Republicans for spreading “lies” about his administration’s “reckless spending,” at one point shouting, “We’re changing people’s lives!”

Invoking his favored “MAGA party” slur, the president doubled down on his insistence that wealthy Americans are hurting the economy by not paying “their fair share” in taxes and accused Republicans of wanting to raise taxes on the middle class.

“Republicans have it all backwards. Their plan literally calls for increasing taxes on [the] middle class and working people and cutting taxes on corporations and wealthy Americans,” Biden said, taking a swipe at Sen. Rick Scott’s (R-Fla.) proposal that all Americans should owe federal taxes, a plan the majority of Republican lawmakers have expressed opposition to.

“I believe in bipartisanship, but I have no illusions about this Republican Party, the MAGA party,” Biden said.

The president also continued to blame Russian President Vladimir Putin and oil company execs for inflation, as well as Republicans.

“The problem is Republicans in Congress are doing everything they can to stop my plans to bring down costs on ordinary families,” Biden said. “That’s why my plan is not finished and why the results aren’t finished either.  Jobs are back, but prices are still too high.  COVID is down, but gas prices are up.  Our work isn’t done. ”

Overall, Biden’s speech reflected an effort to reframe the debate on the economy at a time when the president’s plunging approval rating has become inexorably tied to corresponding surges in inflation and gas prices.

The president’s labor union address also suggests that he is trying to win back frustrated blue-collar workers whose wages have not kept pace with the cost of living.

Biden stressed that he is responsible for “better paying jobs,” despite the fact that average hourly wages have fallen 3% under Biden’s watch after adjusting for inflation, according to The Hill.

Biden says “it’s been a long time” since wages have gone up, but “it’s happening now.”

It’s not. Inflation is wiping out wage gains. pic.twitter.com/ACZGhVq81A

The speech comes at a time when persistent inflation and gas prices have hit working families hard, leaving Democrats’ control of the House and Senate decidedly vulnerable while becoming a chief talking point among Republicans.

In addition to criticizing Biden’s nearly-$2 trillion coronavirus relief package as the genesis of the country’s current economic woes, GOP lawmakers have slammed the administration for restricting domestic oil production. Instead of focusing on American production, Biden has pursued oil deals with the likes of Saudi Arabia, Iran, and Venezuela – this at a time when multiple news outlets have aired footage of Americans who say that they are increasingly forced to choose between filling up their gas tanks or buying meat at the grocery store.

Meanwhile, the Federal Reserve is meeting today to try to come up with a more aggressive plan to tackle inflation, according to an NBC report. The Fed is reportedly considering raising interest rates by three-quarters of a point since smaller rate hikes have done little to mitigate stubborn inflation. Critics say larger hikes may provide short-term relief but will eventually make business loans and mortgages more expensive and increase the risk of higher unemployment.