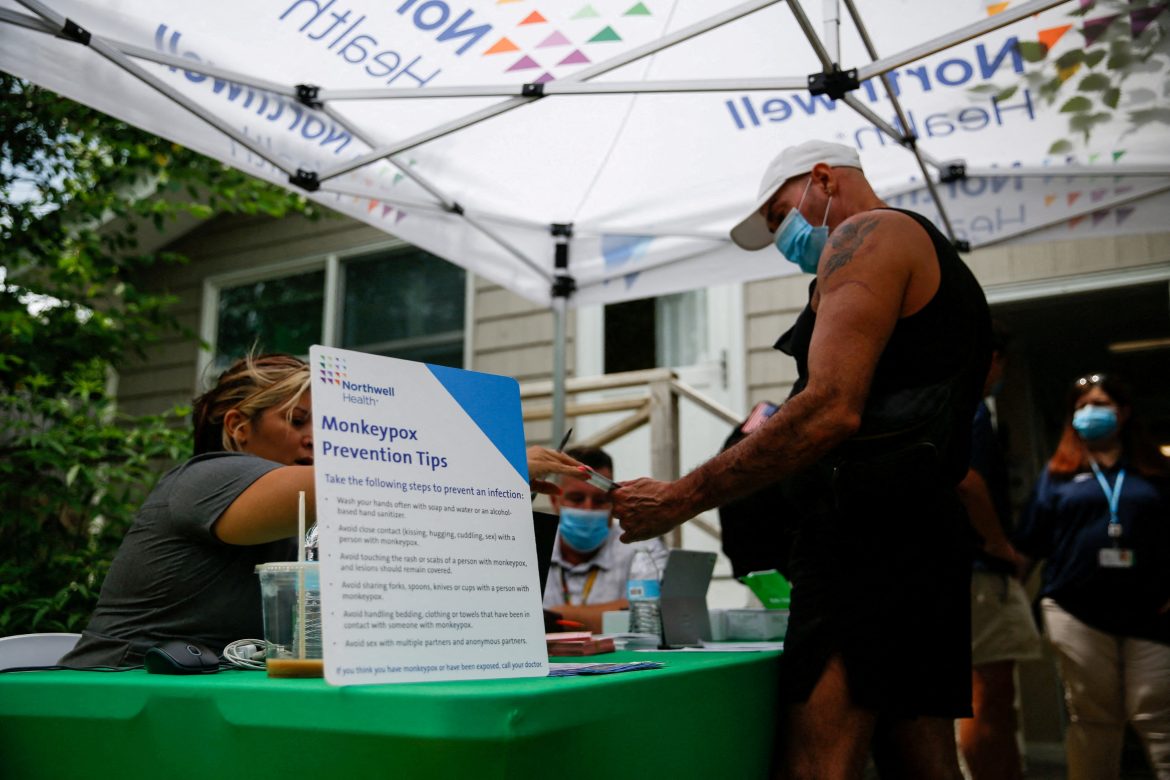 Department of Health and Human Services Secretary Xavier Becerra announced yesterday that the ongoing spread of monkeypox virus in the United States is a public health emergency.

“Ending the monkeypox outbreak is a critical priority for the Biden-Harris administration. We are taking our response to the next level by declaring a public health emergency,” Secretary Becerra said. “With today’s declaration, we can further strengthen and accelerate our response further.”

The public health emergency declaration will put the focus of the government’s prevention efforts on vaccines, allowing the Food and Drug Administration to find new strategies that could help distribute vaccines to “affected communities” and increase the number of doses of the vaccine that are available.

The administration said it is focused on accelerating its response to “mitigate the spread of the virus, protect individuals most at risk of contracting the virus, and care for those who have been afflicted with it.”

According to the CDC, there have been 7,102 reported cases in the U.S. and a little more than 26,000 cases globally. The WHO reported that 99% of diagnosed cases have been in men.

Representative Marjorie Taylor-Greene, R.-Ga., took to Twitter to ask why officials aren’t focusing more on how the virus is spreading.

If Monkeypox is a sexually transmitted disease, why are kids getting it? pic.twitter.com/mvgSlxZ0Pp

The Biden administration, worried about stigmatizing gay men if they focus too much on how the virus is spreading, has a “comprehensive strategy to combat the monkeypox outbreak” which “includes significantly scaling the production and availability of vaccines, expanding testing capacity and making testing more convenient, reducing burdens in accessing treatments, and conducting robust outreach to stakeholders and members of the LGBTQI+ communities.”

The administration also announced yesterday that they are working with global science and technology leaders to coordinate monkeypox-related research, making it available to the public. Dr. Raj Panjabi, Special Assistant to the President and Senior Director for Global Health Security and Biodefense, said that “a coordinated, international response is essential to stop the spread of monkeypox, protect communities at greatest risk of contracting the disease, and combat the current outbreak.”

Many experts suggest that there should be a focus on why homosexual and bisexual men are most at risk, and medical professionals should address concerns on transmission and prevention in order to stop the spread of the virus.

Ashleigh Tuite, an infectious disease epidemiologist at the University of Toronto, said anyone is at risk for infection, but “based on the data that we have, and based on the contact tracing that’s been done, it’s very clear that this is an MSM-focused outbreak at this point.”

The Biden administration has come under fire for its slow response to this perceived threat to public health.

Senator Richard Burr, R.-N.C., is the ranking member of the Senate Health Committee. He said “A communicable disease outbreak following so closely on the heels of COVID-19 should be met with a swift, decisive, and organized response. Instead, HHS is repeating the exact same mistakes they made during the pandemic: painfully slow to begin testing, wholly disorganized in distributing vaccines and treatments, and messaging that’s confusing and outdated.”