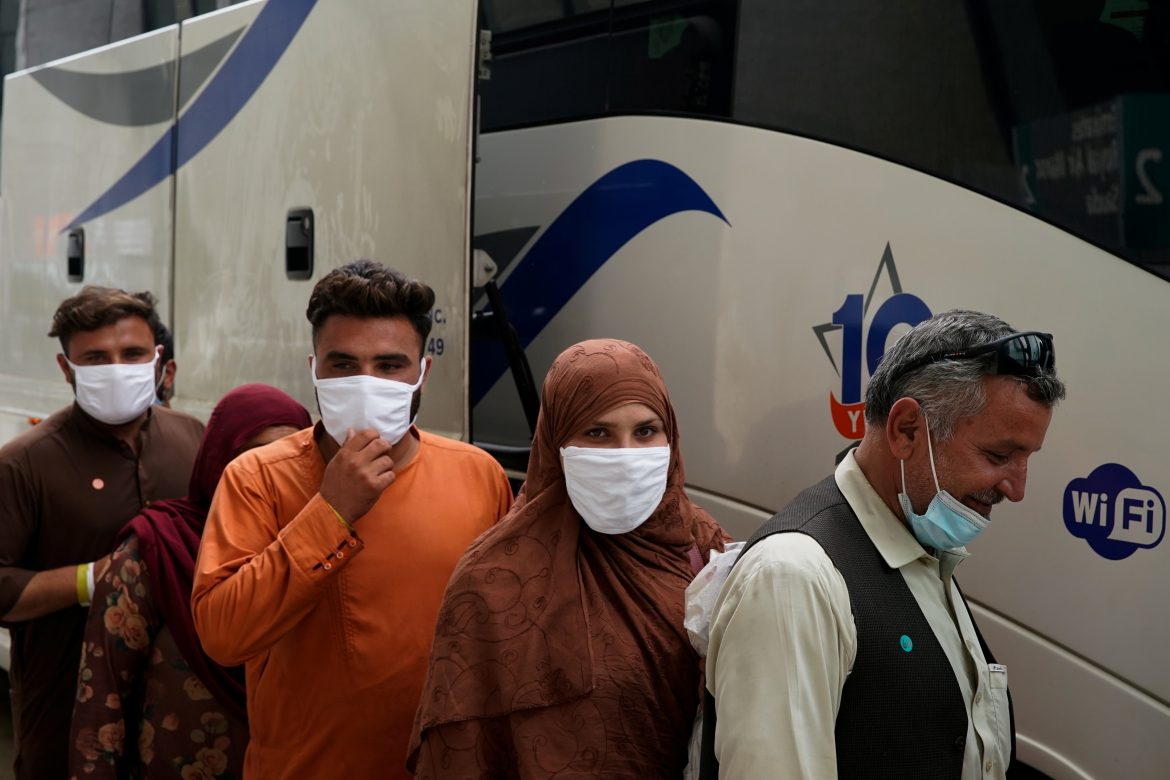 The Biden administration has failed to comply with a congressionally-mandated order to provide a detailed account of Afghan refugees in the U.S. and its overseas military bases by Dec. 1, according to a Free Beacon report.

Congress passed a government funding bill provision on Sept. 30 requiring Secretary of Homeland Security Alejandro Mayorkas to provide a detailed accounting of the more than 124,000 people that were airlifted out of Afghanistan at the culmination of the disastrous August U.S. military withdrawal. The White House previously said it anticipated that some 95,000 Afghans would be resettled in the U.S.; to date, none have been accounted for.

Congress passed the provision amid terrorism and public safety concerns when it was discovered that many refugees lacked identification documents and were not properly vetted. Lawmakers also noted that none were tested for COVID-19 prior to their departure from Kabul.

The DHS spent $6 billion tax dollars on Afghanistan resettlement efforts in a matter of only three months but has yet to disclose how any of the money has been spent.

Sen. James Lankford (R-Okla.) slammed the Biden administration for flouting the congressional mandate at a time when Democrats are demanding $7 billion in additional funding to aid in refugee resettlement projects:

The Homeland Security Committee has not held a single public hearing on Afghan refugees or DHS oversight. Not one Biden administration official has testified under oath to the Homeland Security Committee on this process, even though the Biden administration has made DHS the lead agency on the resettlement process. This is continued unchecked federal taxpayer spending with no oversight and no end in sight.

Lankford also noted that the DHS has failed to provide the number of Afghan refugees currently living in the United States, nor have officials disclosed “the number of Afghan evacuees at overseas [military] bases or other staging areas who have been flagged as potential security concerns or risks,” despite the congressional mandate.

President Biden has been the subject of bipartisan excoriation for his botched military withdrawal from Afghanistan and his administration’s unpreparedness for the sudden, massive influx of refugees. While thousands of Afghans have already been resettled in the U.S., little to nothing is known about their identities, let alone their backgrounds and associations.

According to an internal memo drafted by Senate Republicans, as reported in the Wall Street Journal, only a fraction of Afghanistan evacuees were vetted prior to coming into the U.S., despite Biden’s August promise of a thorough vetting process. While most evacuees were screened prior to entry – a process whereby law enforcement determines a person’s identity and enters his or her name into a criminal database – none were subjected to standard vetting procedures that include multiple interviews and more thorough investigation. This is a marked departure from protocols that have been in place since the Sept. 11, 2001 terrorist attacks in the U.S.

“They created a brand new, out-of-cloth screening process just for this population. And then they told everyone, ‘This is what you follow,’” a source told the Examiner. “DOD was such a heavy part of this, and they follow orders. And so, they’re like, ‘OK, here’s the checklist. I’ll do exactly what the checklist says — no more.’ So, that’s how it happened, but it was centrally managed via DHS, the National Security Council, the White House. They said, ‘This is how we’re going to do this. And we’re going to depart significantly from the standard way of doing screening and vetting as we would in literally any other situation.’”

Another source said “If someone from Afghanistan were to present themselves at our southern border, which in and of itself is a disaster, they would be flagged for further follow-up and have an interview. Unfortunately, in this new system that they set up specifically for this population, the majority of these folks did not get any sort of in-person interview.”