Biden and Zelenskyy use NATO addresses to blast Russia 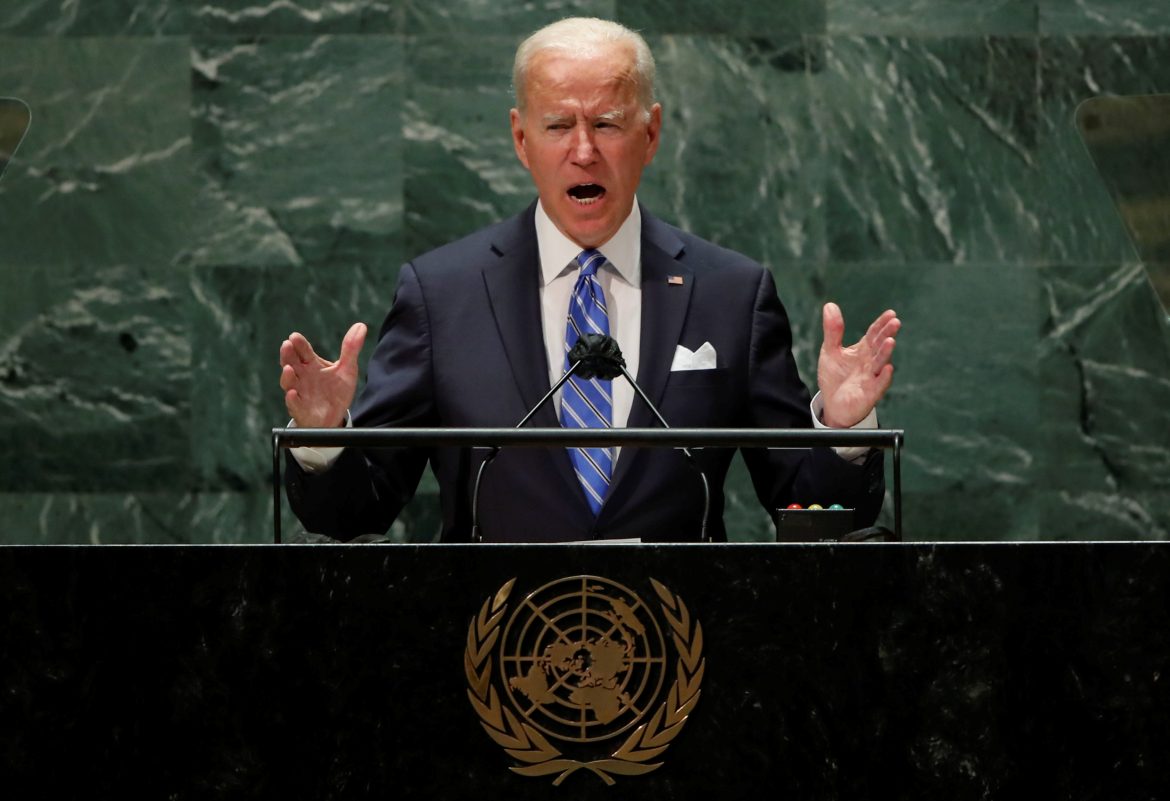 Biden said Russia was making “reckless” and “irresponsible” threats to use nuclear weapons and said Moscow had violated the core tenets of United Nations membership by invading Ukraine.

The U.S. president slammed Russian President Vladimir Putin for starting an unprovoked war that some 40 U.N. members were helping Ukraine to fight by providing funding and weapons.

Earlier on Wednesday, Putin ordered a Russian mobilization to fight in Ukraine and made a thinly veiled threat to use nuclear weapons, in what NATO called a “reckless” act of desperation in the face of a looming Russian defeat.

“Again, just today, President Putin has made overt nuclear threats against Europe, in a reckless disregard for the responsibilities of the nonproliferation regime,” Biden said. “A nuclear war cannot be won and must never be fought.”

Biden said no one had threatened Russia, despite its claims to the contrary, and that only Russia had sought conflict. He also used the U.N. setting to underscore his view that Moscow had violated the body’s values.

Russia’s mission to the United Nations did not immediately respond to a request for comment on Biden’s remarks. While Russian Foreign Minister Sergei Lavrov was in New York for the U.N. gathering, a deputy Russian U.N. ambassador was in the chamber for Biden’s speech.

Later on Wednesday, a senior White House official told reporters Putin’s announcement “indicates a very pressurized environment in Russia” but said it was too soon to tell how serious anti-mobilization protests in Russia are.

Putin has been forced to “resort to something he clearly didn’t want to do,” the official said, “a reflection of the fact that his campaign in Ukraine is failing.”

Ukrainian President Volodymyr Zelenskyy told the United Nations in his speech that Ukraine wanted “just punishment” for a crime Russia had committed against his nation.

Zelenskyy, in a recorded address to the U.N. General Assembly, said Kyiv had a five-point plan to establish a durable peace – but rejected any suggestion that his ex-Soviet state should adopt neutrality.

And he ruled out any peace proposal other than the plan proposed by Ukraine.

“…This is the first item of our peace formula. Comprehensive item. Punishment,” Zelenskyy, wearing his trademark khaki tee shirt, told the assembly.

“Punishment for the crime of aggression. Punishment for violation of borders and territorial integrity. Punishment that must be in place until the internationally recognized border is restored.”

But he added: “What is NOT in our formula? Neutrality. Those who speak of neutrality, when human values and peace are under attack, mean something else.”

Many delegations gave Zelenskyy a standing ovation after his speech. The Russian delegation remained seated.

Seeking membership in the Western military alliance NATO and the European Union is enshrined in Ukraine’s constitution. Russia said even before starting its invasion in February that NATO membership for Ukraine was a “red line” that could not be breached.

Zelenskyy ruled out “that the settlement can happen on a different basis than the Ukrainian peace formula. The further the Russian terror reaches, the less likely it is that anyone in the world will agree to sit at one table with them.”

Ukraine and its Western allies have accused Russian forces of war crimes in different parts of the country they have occupied. Russia denies the allegations and says it does not target civilians.

As part of his speech, Biden also addressed the role that the U.S. plays during a time when geopolitical trends are in upheaval.

The United States and Western allies are competing with Russia for diplomatic influence. The United States has acknowledged that some countries are concerned the Ukraine war has drawn global attention away from other crises.

Washington has also long been vying for sway with Beijing.

“The United States will work with every nation, including our competitors, to solve global problems like climate change. Climate diplomacy is not a favor to the United States or any other nation and walking away hurts the entire world,” he said.