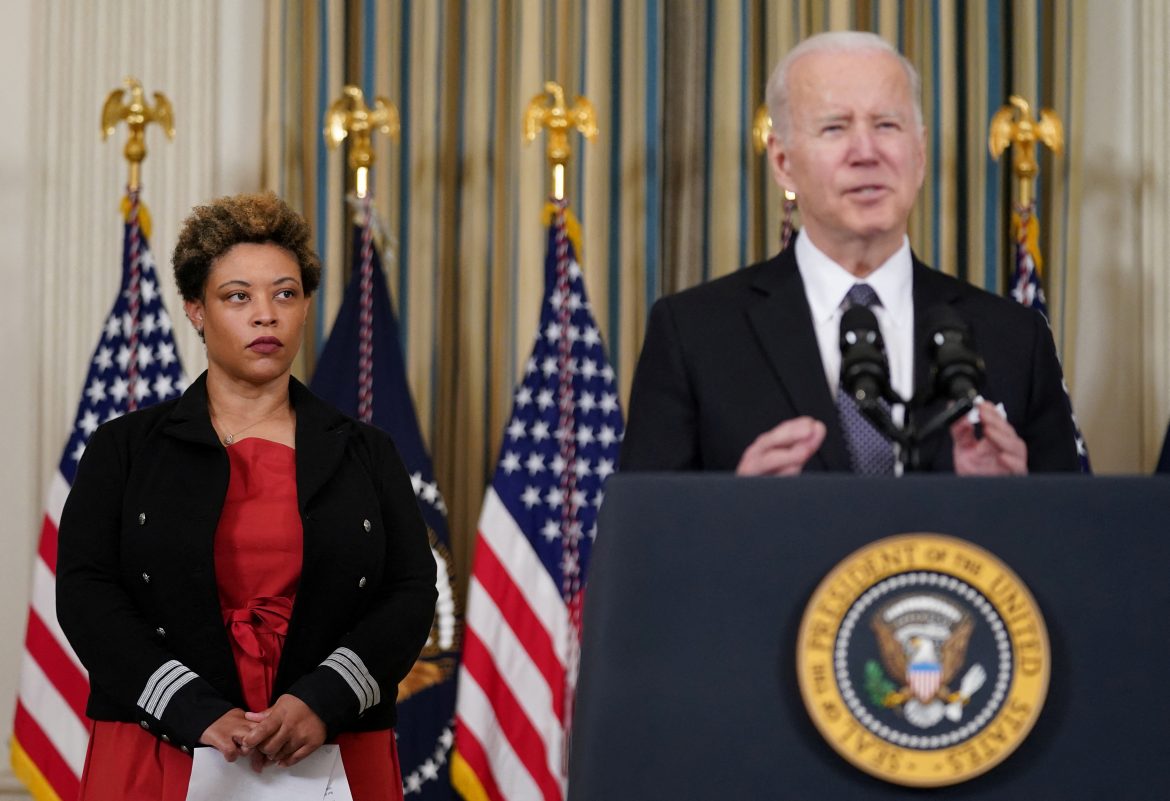 While President Joe Biden’s 2023 budget proposal is heavy on conservative-agreeable funding measures, the $5.8 trillion plan contains plenty of allocations sure to concurrently delight the left and irk the right.

When first announced, the FY 2023 proposal was notable for how Republican-like it was on the surface; and, indeed, it is home to the type of spending on police and military typically associated with conservatives: $32 billion for police and $773 billion for the Department of Defense.

As more analysts have examined the particulars of the plan, conservatives have found numerous points of contention, and they don’t just revolve around the president’s proposal of a billionaire minimum tax.

Most pressing, Republicans say, is the national deficit. The Biden administration argues the billionaire minimum tax would drive down the debt by more than $1 trillion over the coming 10 years, but leaders on the right have expressed doubt.

“Every major civilization that’s gone down this path has ended up having their currency no longer become the reserve currency of the world and have economic collapse,” Sen. Mitt Romney (R-Utah) said during a budget committee meeting Wednesday. “We simply cannot continue on a road of adding a trillion dollars of debt every year.”

Romney pointed to two factors that cast Biden’s promise of a lower deficit in doubt.

Additionally, Romney said, the 2023 budget would expand costly mandatory programs, many centered on health- and pandemic-related matters, which will further complicate balancing the budget.

“We have to be able to find a way to balance these programs or we’ll find ourselves in a heap of trouble,” Romney said.

Additionally, many programs Biden is championing focus on equity. The Washington Free Beacon’s Joseph Simpson counted 100 mentions of the word equity in the budget proposal, which includes such allocations as $2.6 billion gender equity funding to the Department of State, $1.5 billion in racial equity funding for the EPA, and $48 million for creating a more equitable National Parks System.

As first reported by the Post Millennial, Biden’s budget also contains funding that, he hopes, will incentivize NASA to put the first African American woman on the moon, ideally by 2025.

The National Review reported this week that, beyond equity spending, the budget proposal also omits the Hyde Amendment, the 1980 provision that prevents the use of federal dollars in the funding of abortions. Biden has removed Hyde from both of his annual budget proposals.

“Biden is once again bowing down to the radical leftists in pushing for taxpayer funded abortions in his massive budget,” Sen. Rick Scott (R-Fla.) tweeted. “I’ll always stand for #Hyde & protect the sanctity of life. We can’t allow American taxpayers to be on the hook for this evil & inhumane agenda.”

Biden is once again bowing down to the radical leftists in pushing for taxpayer funded abortions in his massive budget. I’ll always stand for #Hyde & protect the sanctity of life. We can’t allow American taxpayers to be on the hook for this evil & inhumane agenda. https://t.co/w3inBDm5zC

Leftist election-related efforts are also represented. As first reported by the Federal News Network, the budget contains $5 billion in funding to assist the United States Postal Service in conducting mail-in voting over the coming decade.

Even the president’s more conservative-friendly measures are being received poorly.

Earlier in the week, Scott said the defense funding proposed by Biden fell short, and numerous politicians and pundits have criticized Biden and Vice President Kamala Harris of attempting to shield Democrats from their anti-police stances of the past.

While Biden’s plan would lead to more and better-equipped cops on the street, Rick Moran of PJ Media says the White House’s funding gives too much to intervention and mental health programs.

“Biden’s budget would increase funds for community violence interventions by a factor of ten, even though there is little or no real-world evidence these programs decrease violence or save lives in any appreciable numbers,” Moran wrote. “But they’re all the rage among the ‘Defund the Police’ crowd, as are other mental health and social work initiatives that put money into questionable and unproven ways of attacking violent crime.”

The new fiscal year begins on Oct. 1, so in theory Congress has until Sept. 30 to pass a budget as this is the date after which the government would cease to be funded. However, recent history has shown legislators can punt on the issue numerous times.