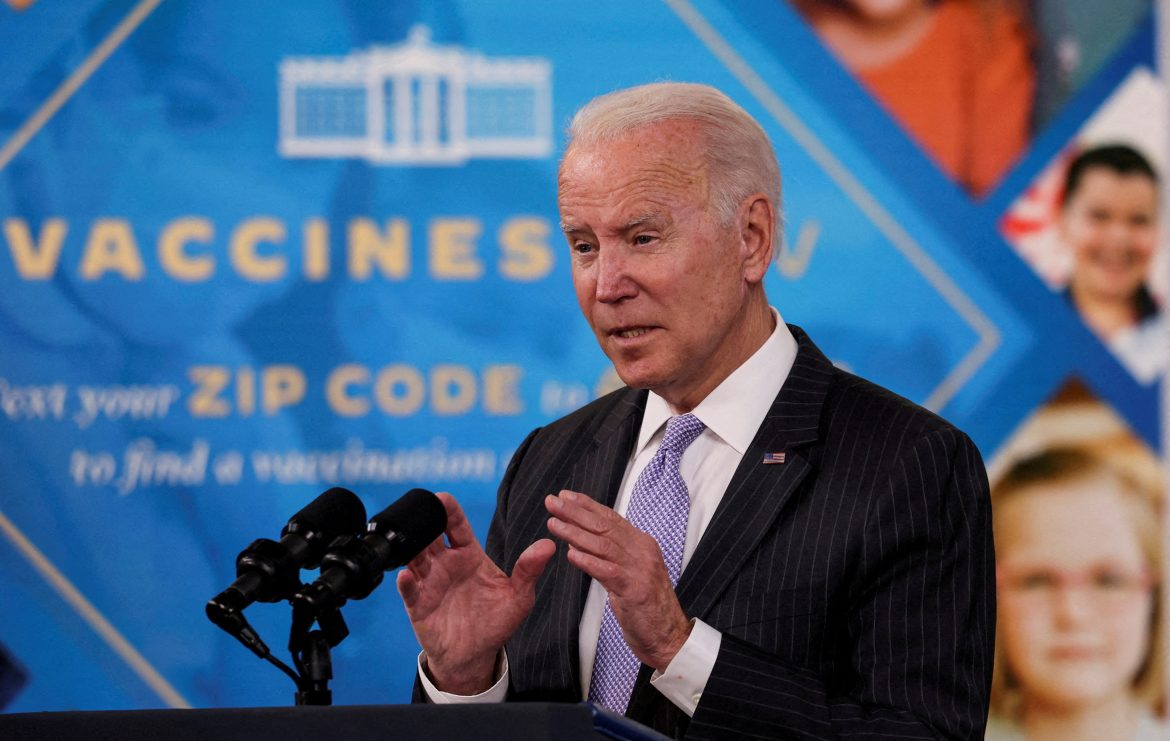 Shortly after the Supreme Court struck down the Biden administration’s vaccine mandate for companies with over 100 employees on Thursday, the White House released a statement encouraging businesses to institute their own vaccine requirements.

“I am disappointed that the Supreme Court has chosen to block common-sense life-saving requirements for employees at large businesses that were grounded squarely in both science and the law,” Biden said in a statement, describing the mandate as “a very modest burden.”

As a result of the Court’s decision, it is now up to States and individual employers to determine whether to make their workplaces as safe as possible for employees, and whether their businesses will be safe for consumers during this pandemic by requiring employees to take the simple and effective step of getting vaccinated. The Court has ruled that my administration cannot use the authority granted to it by Congress to require this measure, but that does not stop me from using my voice as President to advocate for employers to do the right thing to protect Americans’ health and economy. I call on business leaders to immediately join those who have already stepped up – including one third of Fortune 100 companies – and institute vaccination requirements to protect their workers, customers, and communities.

Meanwhile, Republicans celebrated the court’s ruling, though some lamented that the court upheld the vaccine mandate for health care providers.

In a statement to Newsweek, communications director for Florida Governor Ron DeSantis, Taryn Fenske, said his administration is “excited that the Supreme Court rightly recognized the Biden admin’s overreach through OSHA,” while adding that DeSantis’ office is “disappointed about the [healthcare] ruling and what it could mean for the livelihoods of doctors, nurses, and health professionals in our state.”

Regardless, Florida’s ban on all vaccine mandates remains in effect with a new revelation coming in the next few days.

President Trump released a statement saying he is “proud of the Supreme Court for not backing down,” exclaiming “No mandates!”

#SCOTUS decision in vaccine mandate case is a big victory for liberty, the rule of law, and the Constitution

In the private sector, Jeremy Boering, CEO the Daily Wire , the first company to sue the administration over the mandate, released a statement calling the ruling a “humiliating defeat for Joe Biden’s impotent administration,” adding “By the grace of God, we still have our freedom.”