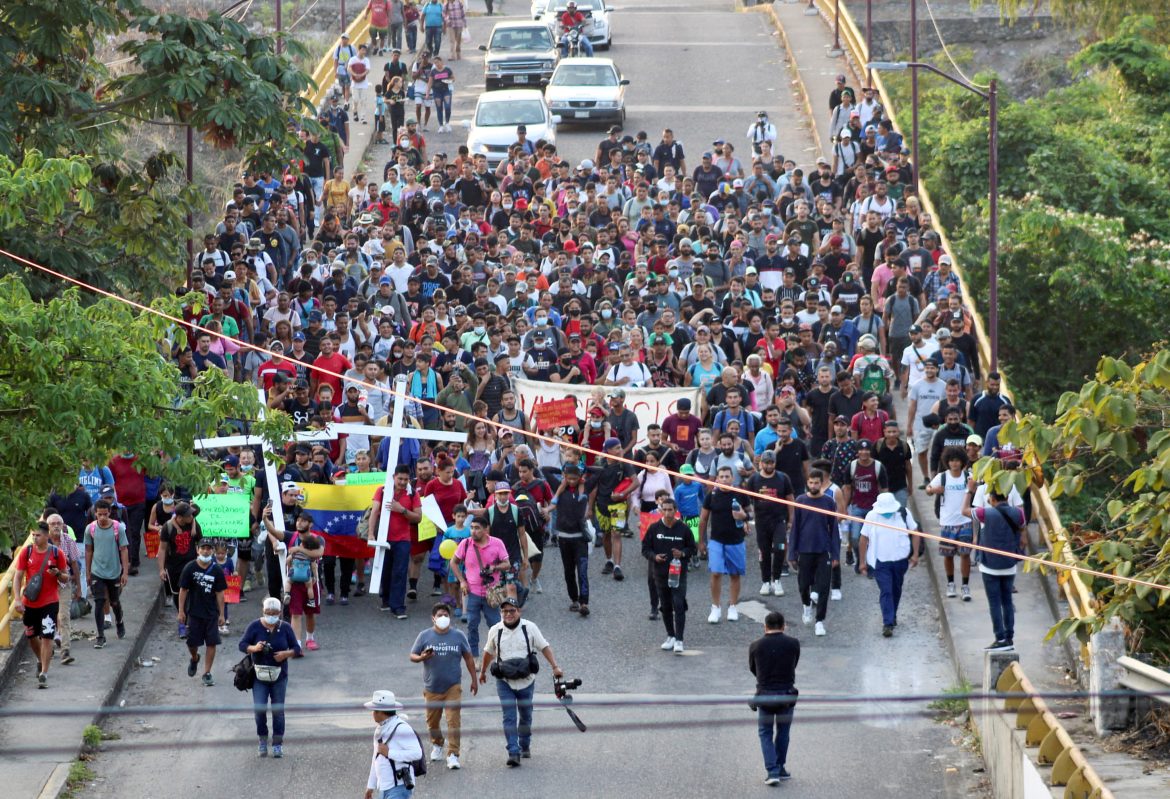 President Biden has been considering delaying the May 23 repeal of Title 42, according to a source with direct knowledge of discussions among his inner circle, Axios reports.

The president has come under bipartisan pressure to backpedal his administration’s decision to lift the Trump-era health requirement put in place in the early days of the pandemic whereby 1.7 million illegal immigrants have been expelled. Several Democratic incumbents fearing a political disaster in the midterms have joined Republicans in their call to reverse the decision, which was announced by the CDC on April 1.

The administration previously admitted that lifting the policy will likely result in a massive surge of migrants at the U.S.-Mexico border. Many border officials have expressed that the crisis is reaching a breaking point amid record-shattering migrant encounters, human trafficking, and a major influx of deadly drugs. The crisis has also spilled into non-border states as overdoses have become the leading cause of death among Americans between the ages of 19-45, according a December 2021 analysis of government data.

At least nine Senate Democrats, including Sen. Gary Peters of Michigan, chair of the Democratic Senatorial Campaign Committee, have urged the president to keep Title 42 in place, Punchbowl News reported on Tuesday.

The Axios source noted that Biden has previously expressed a strong disinclination to overrule the Centers for Disease Control (CDC), which has wielded unprecedented power in the U.S. throughout the COVID-19 pandemic.

Biden’s consideration of appeasing moderates within his own party could simultaneously anger those in his party’s progressive base. Biden is likely to face strong pressure from the progressive Congressional Hispanic Caucus at a meeting scheduled for Monday.

“Asylum is a human right, and ending Title 42 is the right thing to do,” said caucus member Rep. Jesús “Chuy” García (D-Ill.).

Regardless of political stance on the rule, both sides have been critical of the administration’s failure to create an adequate plan to deal with the inevitable migrant surge the repeal will trigger.

Earlier this month, a bipartisan group of senators introduced a measure to block the administration from lifting Title 42 without first establishing a comprehensive strategy to deal with the surge.

Meanwhile, Department of Homeland Security Secretary Alejandro Mayorkas has privately told some members of Congress that he is not happy about the way the Biden administration has handled its plans to scrap the health measure, Axios reported, citing lawmakers familiar with the discussions. The sources said that the DHS secretary admitted that repealing Title 42 will result in “significant challenges.”

If true, such rumblings would contradict assurances from Mayorkas himself that the administration is prepared to deal with the expected migrant surge that could soar to nearly 200,000 next month.

“We have put in place a comprehensive, whole-of-government strategy to manage any potential increase in the number of migrants encountered at our border,” the DHS secretary said in a statement released shortly after the CDC announced the repeal.

Mayorkas can expect to come under intense questioning in the coming weeks as he is slated to testify before various Senate and House committees.

Reported border apprehensions last month reached 221,000, according to Customs and Border Patrol data – the highest level in over two decades.

Philadelphia drops mask mandate only four days after imposing it