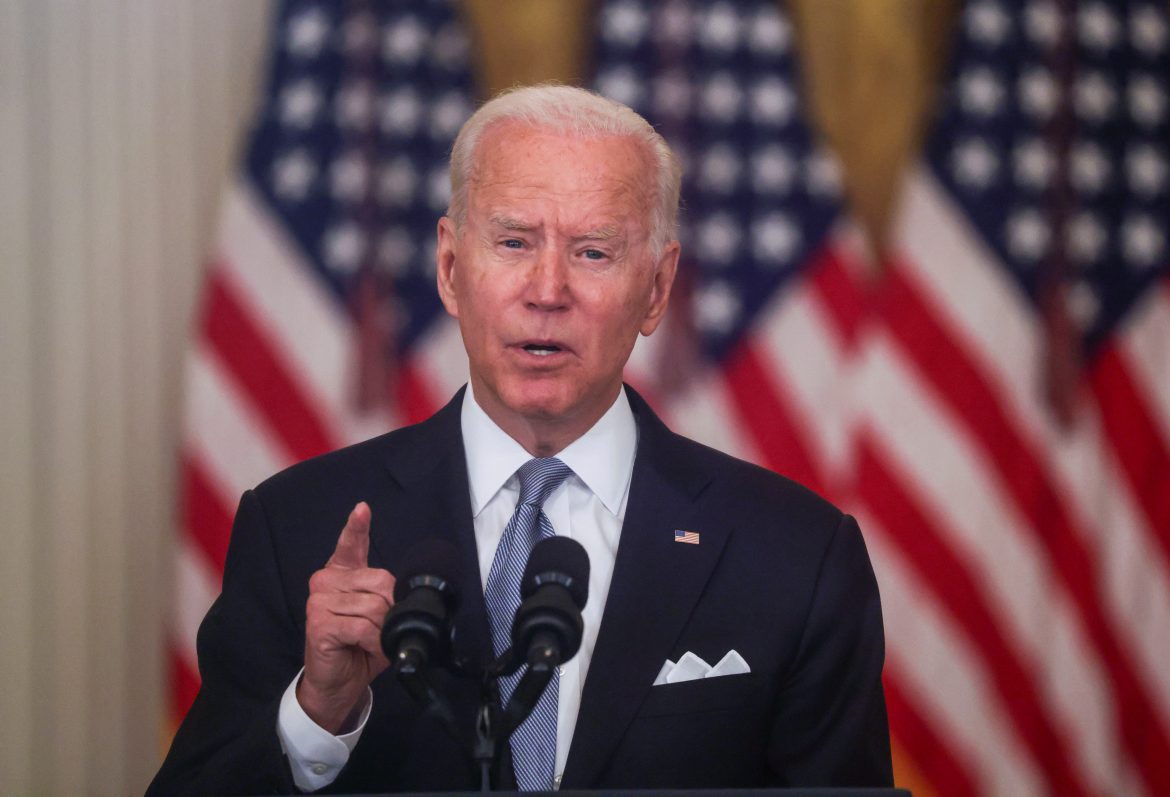 Yesterday, President Biden adamantly defended his decision to withdraw from Afghanistan despite the tragedy and chaos that has befallen the country since the Taliban taken over.

Biden returned to the White House from Camp David to address the nation as the situation in Afghanistan unfurls, with the military sending 6,000 additional troops to perform emergency evacuations of embassy personnel and Afghani nationals who aided the military during its time in the country.

In his address, Biden said, “I squarely stand behind my decision,” adding that “we were clear-eyed about the risks.  We planned for every contingency.”  While he acknowledged that the fall of the Afghani government came “more quickly than [he] had anticipated,” he did not indicate that he had mishandled anything that led to the panic-driven evacuations currently taking place. He instead defended that “there is never a good time to withdraw US forces.”

Throughout his speech Biden seemed intent on placing the blame of the biggest international crisis of his presidency on everyone but himself.

He first pointed the finger at former President Donald Trump, stating that he “inherited a deal that President Trump negotiated with the Taliban.  Under his agreement, U.S. forces would be out of Afghanistan by May 1, 2021 — just a little over three months after I took office.” Without acknowledging how nuanced and fluid decisions of this magnitude are, he claimed that he entered the presidency with only two choices: “either to follow through on that agreement or be prepared to go back to fighting the Taliban in the middle of the spring fighting season.”

He subsequently blamed the situation on Afghan leaders for giving up even though America “gave them every tool they could need.” Biden specifically called out President Ghani and Chairman Abdullah for failing to follow through on their promises to him. He argued, “It is wrong to order American troops to step up when Afghanistan’s own armed forces would not.”

Biden also used the speed at which the Afghani army folded as an argument that no amount of further time spent in the country would have prevented the “inevitable” Taliban take-over.

He then implicated all the three preceding presidents who had overseen the war in Afghanistan, saying that he will “not repeat the mistakes of the past” of fighting an indefinite war that he said is not in the best interest of the United States.

Near the end of his speech, Biden reiterated that once the evacuation is complete, there would be a complete withdrawal of all military personnel which would “end America’s longest war after 20 years of bloodshed.”

Many have criticized the president for failing to acknowledge his part in the chaotic transfer of power and frantic evacuation of  Afghanistan. Even those in support of an American withdrawal are saying that it was handled incompetently:

My statement on Afghanistan: pic.twitter.com/NmIYKZLI7x

It isn’t about deciding to leave, it’s about the incompetent way they executed it

Some have argued that the way the withdrawal was completed could result in a greater terrorist threat to America, noting that a large amount of weapons that the US left for the Afghan military have now fallen under Taliban control.