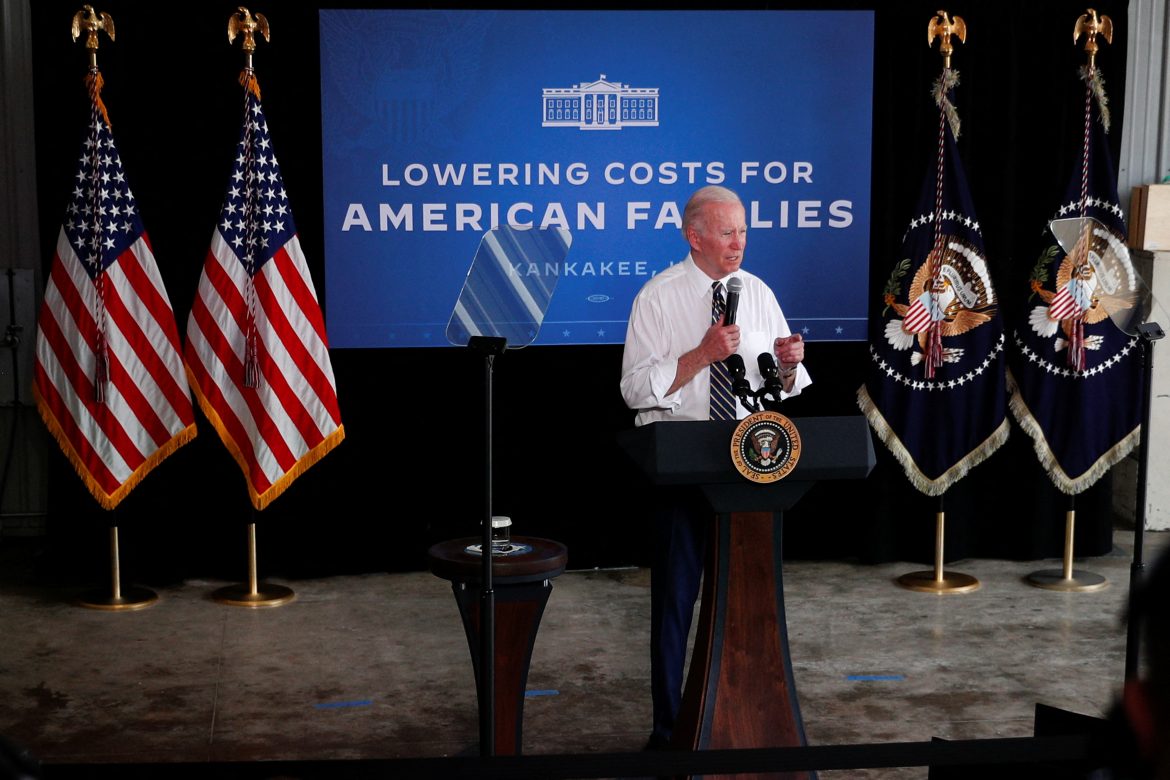 President Biden doubled down on his anti-“MAGA crowd” rhetoric against former President Donald Trump and his supporters a week after calling them “the most extreme political organization that has existed in American history,” as reported by The Hill.

During a speech given at the International Brotherhood of Electrical Workers 40th Annual Conference in Chicago on Wednesday, Biden touched on inflation and used the opportunity to refer to Trump scathingly as “the great MAGA king.”

A fact-checker from CNN later said Biden’s claim was “distorting reality,” pointing out that “the deficit has been larger under the Biden administration than the nonpartisan federal Congressional Budget Office had projected it would be if the Biden-era federal government stuck with the laws that were in effect when Trump left office in early 2021.”

The president appeared increasingly agitated, his voice rising to a shout, as he blamed the nation’s economic problems on the “MAGA crowd” for failing to support the American Rescue Plan, Biden’s $1.9 trillion economic stimulus package created to combat economic hardships caused by the COVID-19 pandemic.

“The American Rescue Plan provided eviction relief, funding for states and cities to allocate to landlords and renters — help them keep a roof over the heads — 5 million households.” Biden said.

“Remember those long lines you’d see on the television and people lining up in all kinds of vehicles just to get a box of food in their trunk? How quickly we forget people were hurting,” the president continued, referring to food lines that appeared at the onset of the COVID-19 pandemic. “And what did the MAGA crowd want to do? Forget it. Forget it,” he continued, adding, “God, this is the United States of America. The idea that people would have to wait in line an hour or hour and a half to get a box of food in their trunk — it’s just unbelievable.”

Biden’s ramped up rhetoric against Trump comes as it appears increasingly evident that the former president still holds significant sway in the Republican party. Trump-endorsed candidates are handily sweeping midterm primaries, with 58 out of 59 of his picks winning their respective races. The results appear to underscore the weight the former president’s endorsements still hold within the GOP at a time when Trump has hinted that he is eyeing a possible run for the White House in 2024.

The increasingly divisive tone from a president who campaigned on unifying the country and called on all Americans to “stop treating our opponents as our enemies” in his Inaugural address is unlikely to do him, or his party, any favors, either in the midterms or in 2024. Hillary Clinton lost the 2016 presidential election to Trump after alienating roughly half of the country when she referred to his supporters as a “basket of deplorables.”