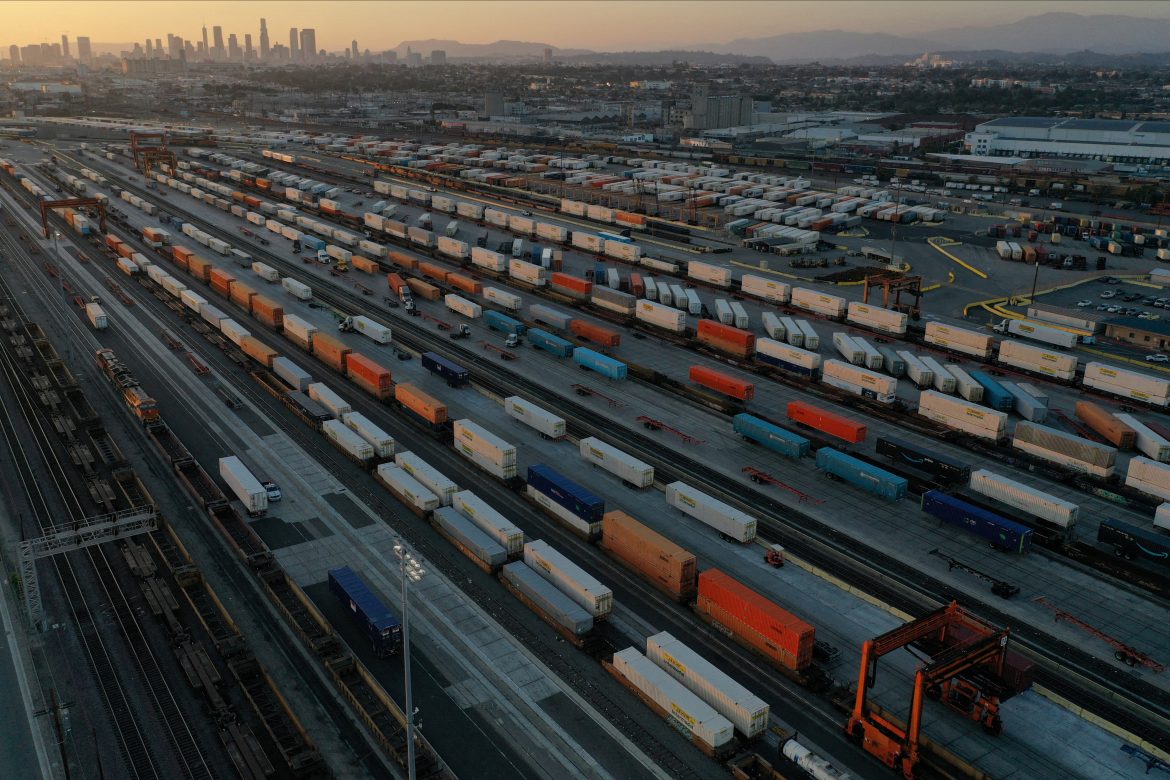 About a month-and-a-half ago, President Joe Biden referred to a tentative agreement between American rail companies and unions as a win for the nation and, by extension, his presidency. This week, however, the Commander-in-Chief got a stark reminder of the meaning of the word “tentative” when a pair of unions rejected the deal and reignited fears of a nationwide rail strike.

At present, the agreement the president was keen to tout as a victory has been ratified by six of the 12 unions to which it was presented. Now, hundreds of companies and trade organizations that operate in the rail sector have called on Biden to intercede again.

The National Retail Federation appears to have taken the lead in creating a letter on behalf of itself and 321 other business entities, all of whom warned Biden a rail strike remains a real threat.

NRF spearheaded an effort to engage local, state and federal trade associations on a joint letter sent to President Biden urging the administration to work closely with rail labor unions + railroads on the ratification process for the tentative agreement. https://t.co/4qTkFVQ20R

“It is paramount that these contracts now be ratified, as rail shutdown would have a significant impact on the U.S. economy and lead to further inflationary pressure,” the letter reads. “We applaud your Administration for leading on this issue from the onset. With your help, from establishing the Presidential Emergency Board to involvement in the direct negotiations among the parties, the tentative agreement was reached on September 15.”

The letter writers’ mostly cheery statement belies the seriousness of the situation. A rail strike would deal a massive blow to the nation’s supply chain and could cause untold calamity for the economy.

While four of the six remaining unions have not yet registered their opinion, two unions have voted against accepting the terms of the agreement.

In the move that likely sparked the trade groups – which in addition to the National Retail Federation included the American Trucking Associations, American Farm Bureau Federation, and American Fuel & Petrochemical Manufacturers – to enlist Biden, the Brotherhood of Railroad Signalmen (BRS) voted midweek and in record number to reject the tentative agreement.

BRS, a union of more than 6,000 that is also a key member of a much larger coalition of unions (one with a combined membership of 115,000 rail workers), opposed the agreement on the grounds that it lacks a provision to allow for sufficient paid sick leave.

“For the first time that I can remember, the BRS members voted not to ratify a National Agreement, and with the highest participation rate in BRS history,” BRS president Michael Baldwin said in a statement. He later added, “Without Signalmen, the roadways and railroad crossings would be unsafe for the traveling public, and they shoulder that heavy burden each day. Additionally, the highest offices at each Carrier, as well as their stockholders, seem to forget that the rank-and-file of their employees continued to perform their job each day through an unprecedented pandemic, while the executives worked from home to keep their families safe.”

The National Carriers’ Conference Committee (NCCC), which represents the freight railroads in national collective bargaining, said in a statement that it felt the workers’ concerns had been answered.

“We are disappointed that the Brotherhood of Railroad Signalmen (BRS) has failed to ratify the recent tentative agreement with the nation’s freight railroads, delaying the benefits of the tentative agreement for BRS-represented employees and further extending resolution of the bargaining round with BRS,” the statement reads. It later continues, “The tentative agreement, which implemented the recommendations of Presidential Emergency Board (PEB) No. 250, included the largest wage package in nearly five decades, maintained rail employees’ platinum-level health benefits, and added an additional day of paid time off.”

This was the second time in a month that a major union rejected the agreement – the Brotherhood of Maintenance of Way Employes Division of the Teamsters was the first – causing fear among the trade organizations that worse news might be forthcoming.

“There are concerns that others may follow. If that were to be the case, we could witness a strike that would shut down the entire freight rail system,” the businesses wrote.

As of this writing, neither the president nor any of his cabinet members – among them the secretaries of labor, agriculture, and transportation, all of whom Biden credited with helping create the original tentative agreement – have offered any public comment on the letter or the renewed threat of a strike.

It is likely the president and his underlings will seek to avoid addressing the delicate, and potentially politically damaging, situations until after the midterm. This strategy could work in the short term as the unions have agreed to continue working while another round of negotiations is undertaken.