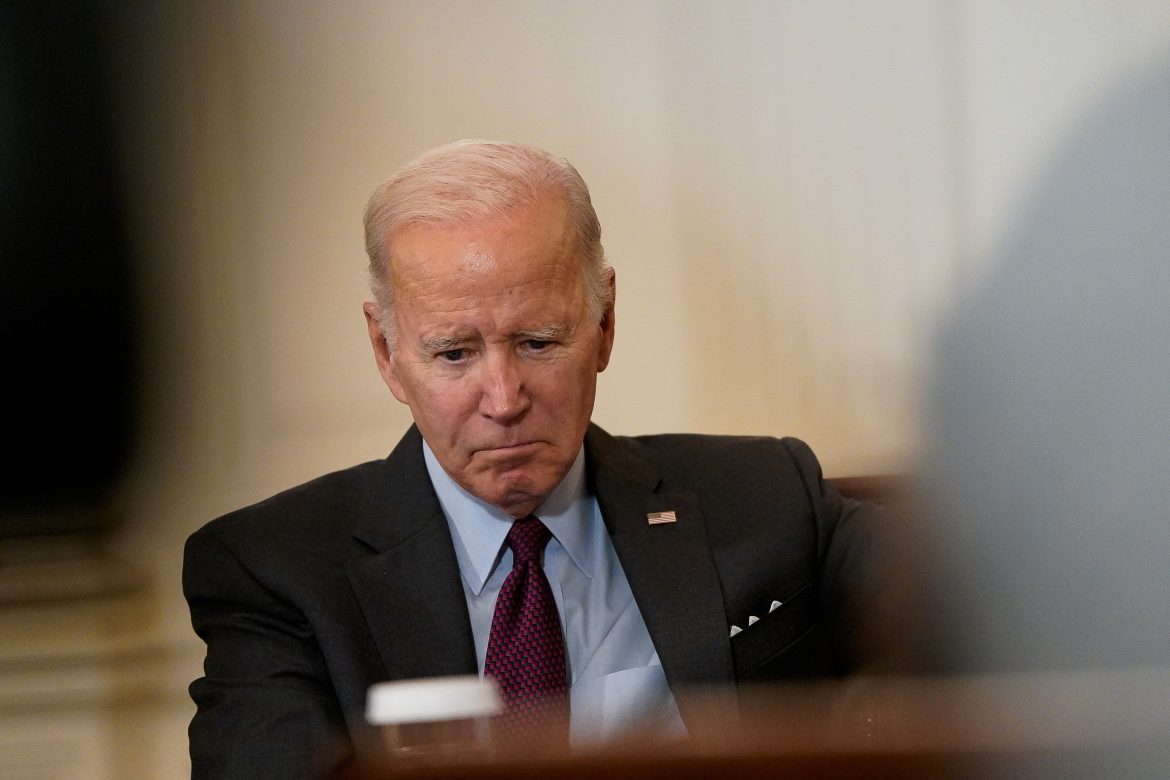 President Joe Biden called on his administration and Congress to explore ways to boost U.S. energy production and reduce OPEC‘s control over energy prices after the cartel’s “shortsighted” production cut, the White House said on Wednesday.

The Saudi Arabia-led OPEC+ cartel at a Vienna meeting on Wednesday ignored pleas from the White House to keep oil flowing and agreed to cut output by 2 million barrels per day, its deepest cuts in production since the 2020 COVID-19 pandemic.

The move drew a sharp response from Biden that underscores the growing rift between the United States and Saudi Arabia on energy policy.

“The president is disappointed by the shortsighted decision by OPEC+ to cut production quotas while the global economy is dealing with the continued negative impact of (Russian President Vladimir) Putin’s invasion of Ukraine,” national security adviser Jake Sullivan and National Economic Council Director Brian Deese said in a statement.

Biden warned that he will now continue to direct releases from the nation’s Strategic Petroleum Reserve “as necessary,” a shift from the White House’s previous comments that it would end the drawdown in the coming weeks.

Earlier this year, the Biden administration announced the largest sale ever from the reserve: 180 million barrels for six months beginning in May. Last month it extended that historic sale into November as only about 155 million barrels had been sold. It now aims to sell 165 million through November.

As a result, the amount of oil in the reserve has fallen to the lowest level since July 1984. It now holds about 416 million barrels of oil, well above what the United States is required by its membership in the International Energy Agency, at sites on the Texas and Louisiana coasts.

Rising oil and fuel prices are a risk to Biden’s fellow Democrats as they seek to keep control of Congress in the Nov. 8 midterm elections.

Biden also pledged to consult with Congress on additional tools to cut OPEC‘s control over energy prices, a potential reference to a decades-long effort to open the cartel to antitrust lawsuits for orchestrating supply cuts.

The so-called NOPEC bill, which has brought up numerous times over the past 20 years but never enacted, easily passed a Senate committee in May.

The White House has previously expressed concerns about unintended consequences of the bill.

The White House is also worried about the cut cementing Saudi Arabia’s closer cooperation with Russia, also a member of OPEC+, as oil revenues fund Moscow’s war machine in Ukraine.

“Look it’s clear that OPEC Plus is aligning with Russia with today’s announcement,” White House spokesperson Karine-Jean Pierre told reporters aboard Air Force One on Wednesday.

The announcement by OPEC Plus will certainly further exacerbate rising fuel prices. Consumers have been seeing prices at the pump steadily increase since mid-September and currently sit at a national average of $3.86.

Gas prices had declined for just short of 100 days prior after hitting historic highs in mid-June. Many had criticized President Biden at the time for taking responsibility for the decline, despite the fact that prices were still over a dollar above what they were when he took office.

Jean-Pierre: "It's a lot more nuanced than that." pic.twitter.com/hATM7mSNqx