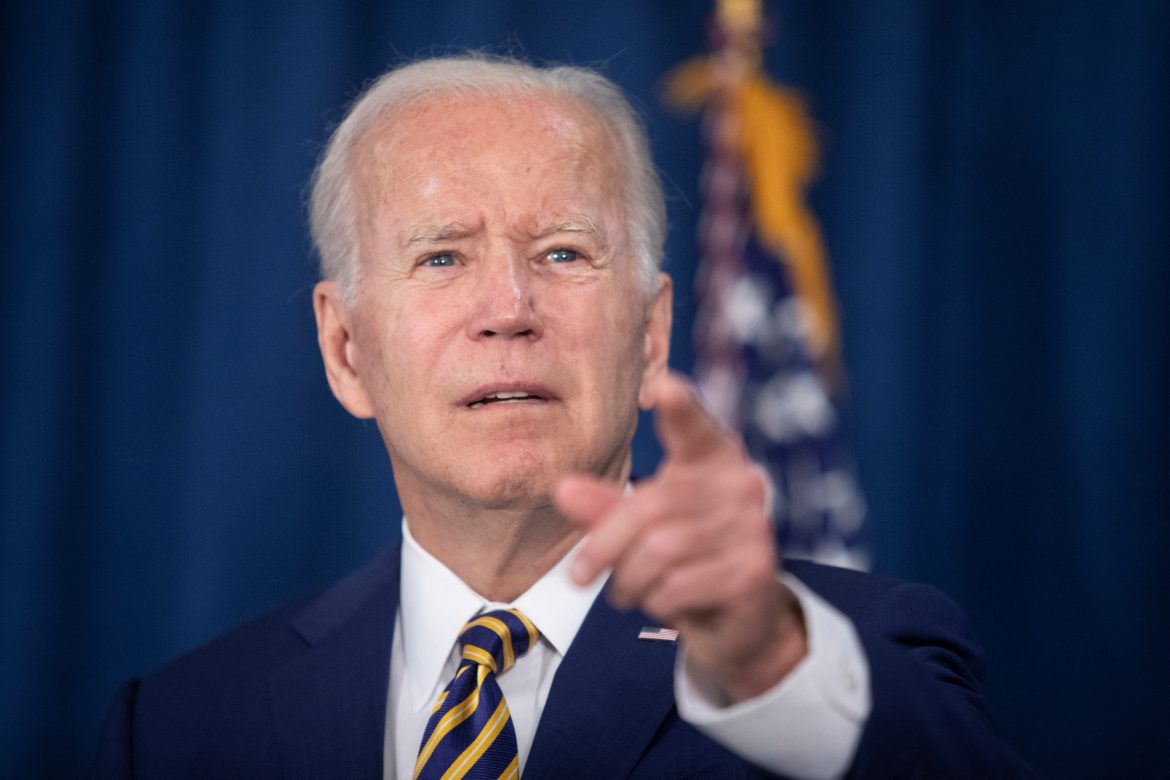 President Joe Biden remains in dangerous territory as Americans grow increasingly fed up with his rhetoric, the U.S. economy, immigration, and more. On May 31 a Real Clear Politics average from multiple pollsters showed a new record in disapproval rating at 54.9%, an increase of 14.9% over those who approved of Biden’s job. The president has a lower approval rating than Donald Trump at this same point in the presidency.

Despite Thursday’s gun control address to the American public, Biden only moderately improved numbers in his favor. The Real Clear Politics average for June 3 showed a 54.1% disapproval to 40.6% approval, making for a 13.5% difference.

At this same point in Trump’s presidency, he polled with 52.8% disapproval and 44.4% approval, making for only an 8.4% disparity. In fact, Biden has already tied with Trump’s own record. At the very end of Trump’s presidency, Real Clear Politics found that 14.9% more Americans disapproved than approved of his job. This is the same number that Biden polled four days ago after only 18 months of being in office.

The same article implies that the low numbers are “mystifying” for Biden, who is apparently frustrated that the media aren’t bragging about his accomplishments. It also details the worry Biden shares with other Democrats about going into the midterms without a strong message in the party’s favor.

The latest numbers don’t get better for Democrats when you break them down by category, leading to some spats between leading members of the party. According to Real Clear Politics’ averages, over 70% of Americans now believe the U.S. is on the wrong track. Americans disapprove of how Biden has handled the economy by 60.4%. Meanwhile, 53.7% do not agree with Biden’s foreign policy so far, which is still an increase of 14.4% over the 39.3% who say they do approve. Finally, nearly 3 out of 5 Americans dislike Biden’s take on immigration.

Recently, Democratic Florida Representative Stephanie Murphy has criticized the Biden Administration for not doing enough to address public concerns. She told NBC News, “If I sound frustrated, it’s because I hear from my constituents. They’re struggling.”

In an apparent jab at Biden’s latest strategy of blaming everything from Republicans to Russia to COVID-19 for his administration’s failings, Murphy added, “This is not a time for political games. It’s not the time for finding bogeymen.”