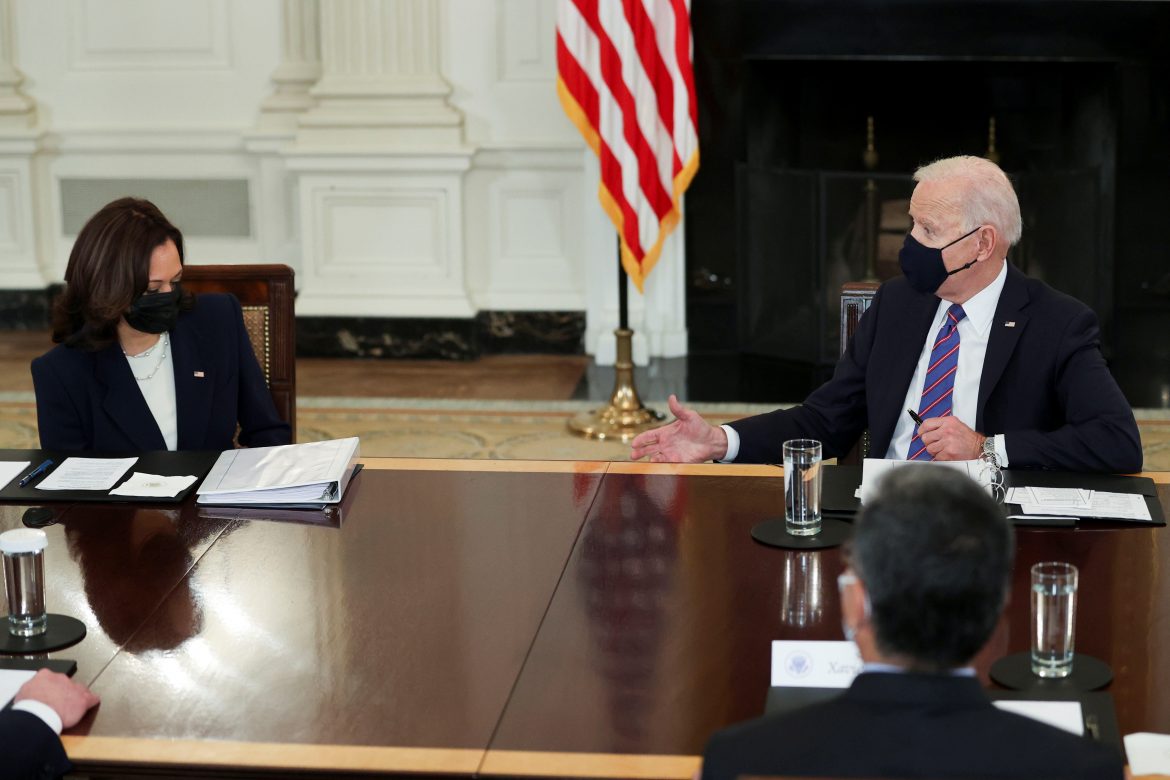 In the midst of a mounting border crisis, Biden announced that he was putting Vice President Kamala Harris in charge of immigration at the southern border. “I can think of nobody who is better qualified to do this,” the president told reporters at the White House.

As confident as Biden may be in his vice president to handle the rising tides of immigrants crossing the US southern border, many conservatives see this appointment as very concerning. Harris’s track record and progressive rhetoric concerning immigration have been definitive and radically liberal.

Vice President Kamala Harris received backlash on Tuesday for laughing when asked by a reporter if she had plans to visit the border. She responded, “Not today, (laughter), but I have before and I’m sure I will again.” This response was very much in line with the complacent tone the Biden administration has been conveying about the crisis at the border.

In previous remarks, Harris has compared ICE to the KKK, suggested taxpayers fund healthcare for illegal immigrants, and proposed decriminalizing illegal crossing. These are just a few of the indicators of where Vice President Harris stands on the border issue. She also voted against a DACA-wall compromise, strongly opposing any border wall support.

What do you get if you:

1) propose decriminalizing illegal crossings
2) compare ICE to KKK
3) advocate for taxpayer funded healthcare for illegals
4) hate the wall so much you vote against a DACA-wall compromise?

You get to lead the border crisis response.

In the meeting Biden once again shifted blame for the crisis at the southern border. He blamed Trump for his “draconian” immigration policies. He also claimed that he inherited this “serious spike in the number of people heading to the southern border,” because Trump had abandoned sending American money to “deal with the problems” that are causing people to leave Latin American countries. Meanwhile he flat-out denied that his drastic change in policies is a factor in the wave of illegal immigration, saying,

They were coming north, and we did nothing to do any — much about it.

Harris will now lead diplomatic efforts with Central America, acting as liaison with Mexico and the “Northern Triangle” including Honduras, Guatemala and El Salvador. Her assignment is to address the root causes of the migrant surge.