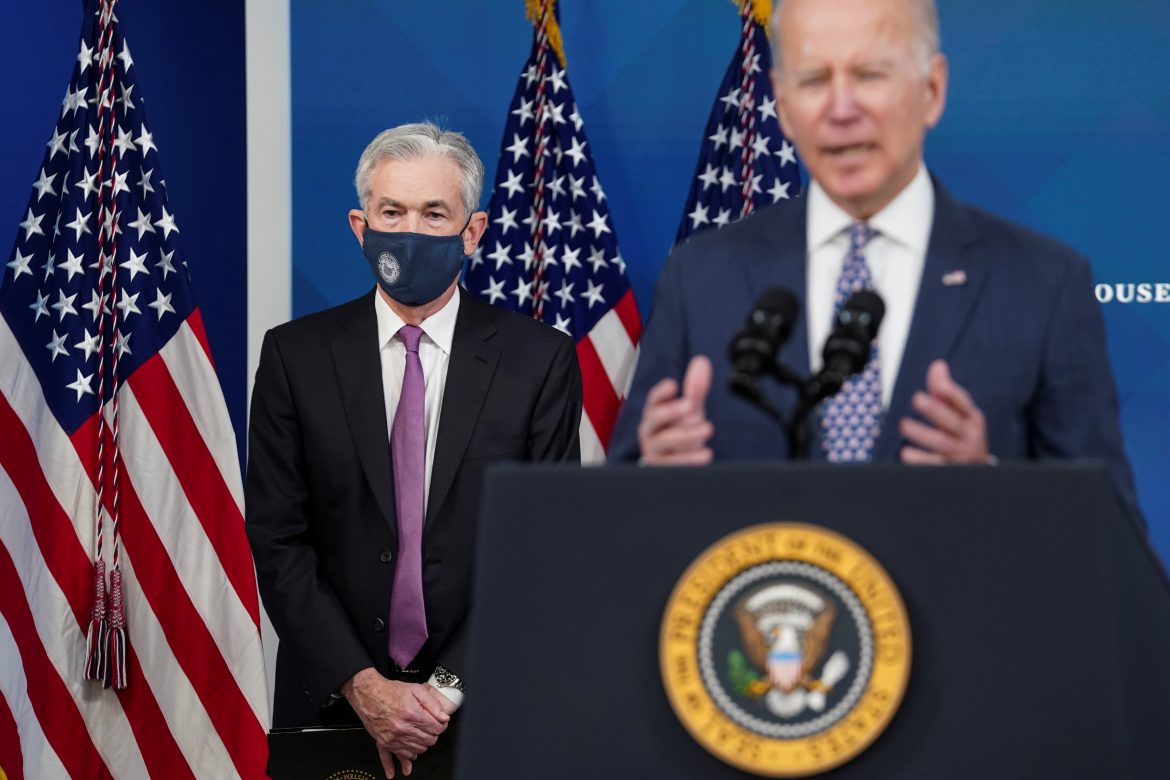 Despite calls from his own party to make a change, President Joe Biden has opted to retain Jerome Powell as chairman of the nation’s central banking system.

On Monday, Biden announced his intention to submit Powell’s name to the Senate for approval, ending months of speculation over whether the President would nominate Powell, a Republican appointed by former President Donald Trump in 2018, for another four-year term or tap a Democrat for the job.

“Chair Powell has provided steady leadership during an unprecedently challenging period, including the biggest economic downturn in modern history and attacks on the independence of the Federal Reserve,” a White House statement reads.

The most outspoken critic of the Powell nomination thus far has been Sen. Elizabeth Warren (D-Mass.), who prior to her entry into public office achieved notoriety as an attorney, expert in bankruptcy law, and advocate for stricter banking regulations.

Warren previously called Powell a dangerous man and has pledged to vote no on his confirmation.

“It’s no secret I oppose Chair Jerome Powell’s renomination, and I will vote against him,” Warren said in a statement, which also reads, “American taxpayers have bailed out large financial institutions enough times. It’s the job of the Federal Reserve to ensure large financial institutions do not put our economy at risk. As we move forward, I will use every oversight tool within reach to make sure that the Federal Reserve works for American families and not Wall Street.”

My statement on the Federal Reserve nominations: pic.twitter.com/W8FgAJdj2e

Early this year, Powell came under intense scrutiny when it was revealed that a pair of Fed officials had made millions trading stock and real estate during the COVID downturn.

The Biden administration, though, credits Powell with shepherding the nation through recent economic hardships.

“While our country still faces challenges as we emerge from the pandemic, we have made enormous progress in bringing our economy back to life and getting Americans back to work,” the release reads. “Since the President took office, the economy has created over 5.6 million jobs, unemployment has fallen to 4.6% – two years faster than projected – and the pace of our economy’s growth outstrips the rest of the developed world.”

It is common for Fed chairs to be reappointed by new presidents, even those of different political parties.

Most notably, Alan Greenspan served under four presidents – Ronald Reagan, George H.W. Bush, Bill Clinton, and the George W. Bush – from 1987-2006. His successor, Ben Bernanke, was originally appointed by the younger Bush but was later nominated for a second term under President Barak Obama.

“Inside the Federal Reserve, we understand that our decisions matter for American families and communities,” Powell said in a statement. “I strongly share that sense of mission, and I am committed to making those decisions with objectivity and integrity, based on the best available evidence, in the longstanding tradition of monetary policy independence.”

President Biden also announced he would nominate Lael Brainard – a Democrat, economist, and current member of the Federal Reserve Board of Governors – to serve as vice president.

This White House statement reads, “Lael Brainard – one of our country’s leading macroeconomists – has played a key leadership role at the Federal Reserve, working with Powell to help power our country’s robust economic recovery.

“Powell and Brainard share the Administration’s focus on ensuring that economic growth broadly benefits all workers.”