Biden Prepares To Hand America’s Sovereignty to the WHO 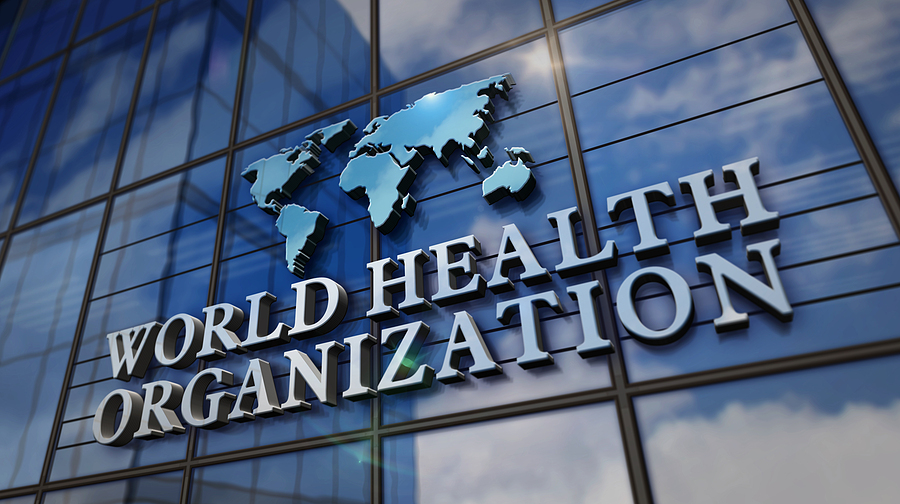 The ultimate control over America’s health care and its national sovereignty will be put up for a vote next week at a meeting of the World Health Organization’s (WHO) governing legislative body, the World Health Assembly (WHA).

On May 22-28, 2022, the 75th World Health Assembly will convene at the United Nations (U.N.) headquarters in Geneva, Switzerland, with delegates from 194 nations, to vote on the Biden administration’s amendments that will hand over national sovereignty and authority to the WHO.

On March 31, 2020, the U.S. contribution to the WHO was $115.8 million, followed by China at approximately one-half that amount, followed by Japan, Germany, the United Kingdom, France, Italy, and Brazil. Then in July 2020, President Donald Trump notified Congress and the U.N. that the United States was formally withdrawing from the WHO. Bill Gates quickly increased his contribution from the Bill & Melinda Gates Foundation to $250 million. Gates is the second largest contributor to the WHO, only behind the United States. The WHO was highly instrumental during COVID-19 in promoting the agenda of the Chinese Communist Party which has caused millions of deaths from COVID-19, not to mention the collateral damage from prolonged lockdowns, quarantines, and mask mandates.

“Covid-19: Make It the Last Pandemic,” a report published by the United Nations in May 2021, claims that the “pandemic” would have been prevented if the WHO had been given more global authority. The report states, “In its current form, the WHO does not possess such powers …To move on with the treaty, WHO therefore needs to be empowered — financially, and politically… The treaty should possess an adaptable incentive regime, [including] sanctions such as public reprimands, economic sanctions, or denial of benefits.”

On January 18, 2022, officials from the Biden administration quietly sent the WHO extensive amendments to the current International Health Regulations without an official statement or a single press conference. The proposed amendments, in combination with the existing ones, enables Director-General Tedros Adhanom Ghebreyesus and any future Director-Generals to have unrestricted powers to define and then implement their interventions and to declare “health emergencies” at will.  Article 12.2 states, “If the Director-General considers, based on an assessment under these Regulations, that a potential or actual public health emergency of international concern is occurring…” Therefore, Tedros need only “consider” that a “potential or actual” risk is occurring. The term “public health emergency” is ill-defined in these documents and could include not only a viral pandemic, but also gun violence, climate change, digital passports or any other issue that arguably may affect “public health.” These amendments would grant such power.

The contents of the proposed amendments were not made public until April 12, 2022, when a researcher discovered them. On May 6, the Biden administration finally posted the amendments for public comment, but the time to register expired after 24 hours and was open only to certain minorities.

The existing WHO regulations provide for an 18-month grace period during which a nation may withdraw its “yes” vote for amendments. However, the proposed amendments would reduce that opportunity to six months. If the amendments are passed, a majority of the nations could change their individual votes and reverse the approval in the next months. However, the time to opt out would expire right after the midterm elections and before the new Congress is seated.

These proposed amendments will cede America’s sovereignty, control and legal authority over to the WHO and will not require approval by 2/3 of the United States Senate. If they are approved, as submitted by the Biden administration, by a simple majority of the 194 member countries of the World Health Assembly countries, these amendments would enter into force as international law just six months later in November 2022.

As can be seen in the highlighted text in Article 5 of the amendments titled “Surveillance,” the WHO will be monitoring “health threats” around the world and shall be developing early warning criteria for every country in the world for how to handle these “risks.” As stated, “WHO shall develop early warning criteria for assessing and progressively updating the national, regional, or global risk posed by an event of unknown causes or sources and shall convey this risk assessment to States Parties in accordance with Articles 11 and 45 where appropriate.”

The amendments would also give “regional directors” within the WHO the legal authority to declare a “public emergency of international concern.” In addition, in the Article 6 titled “Notification,” it is now added that when the WHO informs a country that they are at a “potential risk of a public health emergency’” this country is obliged to hand over its public health information including “’genetic sequence data”’ within 48 hours.

Liberty Counsel Founder and Chairman Mat Staver sated, “The proposed amendments would give the WHO global jurisdiction over the United States to declare health emergencies. We have already seen the lawless abuse of power under Joe Biden by the Centers for Disease Control, which the courts have fortunately blocked. Americans would have very little recourse against the WHO. The WHO has sovereign immunity, and an international court in The Hague would not consider the constitutional rights of Americans. America must not give up its sovereignty to the WHO. These amendments must be withdrawn immediately.”