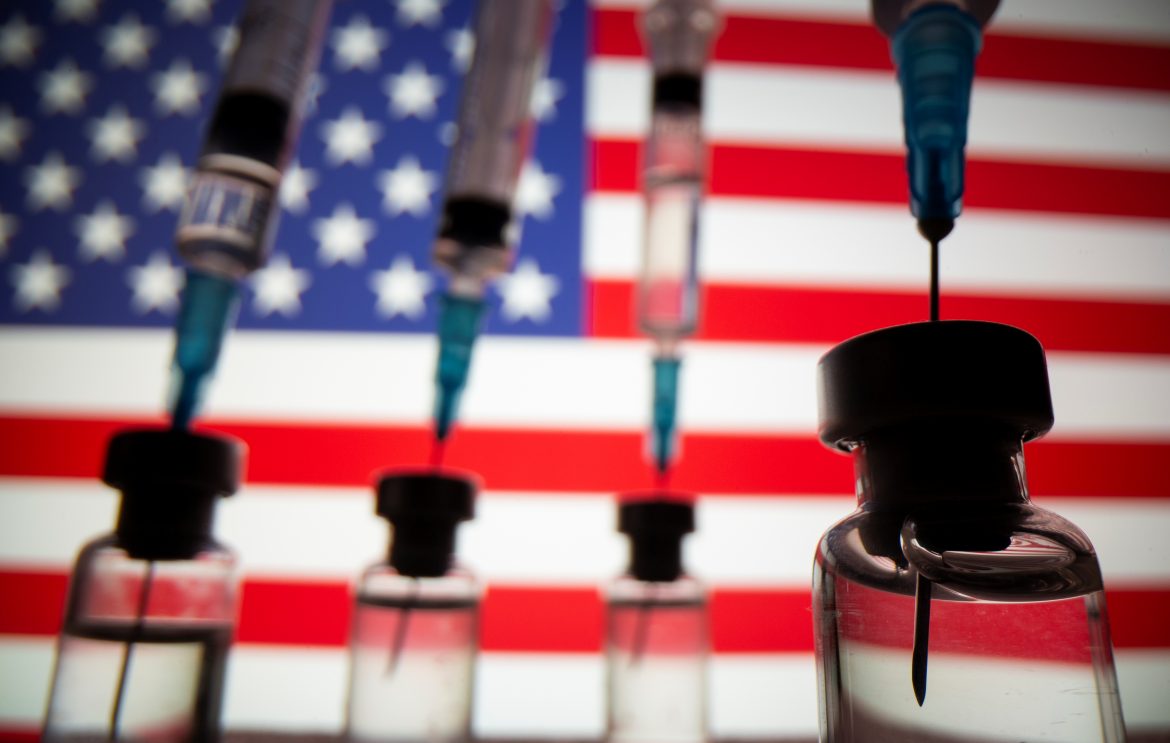 In a Thursday address to the nation, President Joe Biden signaled it was imminent that his COVID-19 vaccine would be officially expanded into the realm of privately held business.

In his speech, Biden said he was encouraged by the steady rise in vaccinations across the nation, but that more would be done to increase the number.

“First, we have to do more to vaccinate the 66 million unvaccinated people in America,” Biden said. “It’s essential. The vaccine requirements that we started rolling out in the summer are working. They’re working.”

At present, although there are some businesses with vaccine requirements, there is no law requiring any private business to mandate its employees become vaccinated.

On Tuesday, as reported by Reuters, the Department of Labor’s Occupational Safety and Health Administration submitted for review a new rule that would require businesses with 100 or more employees to require vaccinations. There is no date set for when this rule could be put into practice, but Reuters’ Nandita Bose said the Department of Labor’s move was an indication that the date was drawing near.

Across the nation, employees have refused such requirements. In states like Texas and Florida, conservative governors have signed legislation preventing mandates, while in California public employees – notably police and firefighters – have flouted mask and vaccination rules or resigned in protest.

On Wednesday the conservative Job Creators Network unveiled a Washington, D.C., billboard critical of the president.

The Job Creators Network, which has threatened legal action against the Biden Administration, says a private sector mandate would worsen a nationwide labor shortage and harm the economy.

“Small businesses are facing the most challenging period in decades,” Alfredo Ortiz, JCN President and CEO, said in a statement. “Now, Biden’s vaccine mandate threatens to dump fuel on the raging economic dumpster fire with his de facto nationwide vaccine mandate, which will only exacerbate already crippling labor shortages for small businesses. Main Street will also be enlisted as foot soldiers to carry out and pay for the overreach of executive power. It’s one thing for a private company to require staff to be vaccinated, but it’s a whole other ballgame when the government mandates it and then forces employers to police and pay for it.”

On Oct. 7, while speaking in Illinois, the president sluffed off the idea that mandates were leading to the loss of labor, saying such losses were not as important as vaccination rates.

On Twitter, Conservative Canadian news site The Post Millennial shared video of Biden saying, “When you see headlines and reports of mass firings, and hundreds of people losing their jobs, look at the bigger story. I’ve spoken with Scott Kirby, CEO of United Airlines, who’s here today. United went from 59% of their employees to 99% of their employees in less than two months after implementing the requirement.”

Biden: "When you see headlines and reports of mass firings, and hundreds of people losing their jobs, look at the bigger story…United went from 59% of their employees [vaccinated] to 99%…" pic.twitter.com/pTDLmTtDDP

In the private sector, some businesses have begun requiring vaccinations, and the president lauded Southwest Airlines as a company that has lost employees but continued to provide service.

“Southwest Airlines (and) the head of the pilot’s union and its CEO dismissed critics who claim vaccination mandates contributed to flight disruptions,” Biden said Thursday.

However, on Sunday alone Southwest had to cancel some 2,000 flights, and Southwest CEO Gary Kelly said his company was pressured into the vaccine requirements by the Biden administration.

Texas Sen. Ted Cruz, responding to a tweet by historian Kevin M. Kruse, said that Southwest’s vaccine mandate was the result of a threat by Biden.

Cruz’s tweet reads, in part, “SWA CEO told me directly they were forced to do it bc Biden said he’d cancel ALL federal contracts. (Fed govt is their biggest customer.)”

Your defense is “there is no Biden vaccine mandate”?

SWA CEO told me directly they were forced to do it bc Biden said he’d cancel ALL federal contracts. (Fed govt is their biggest customer.)

“The plan I laid out in September is working,” he said. “We’re headed in the right direction. We have critical work to do, but we can’t let up now.”