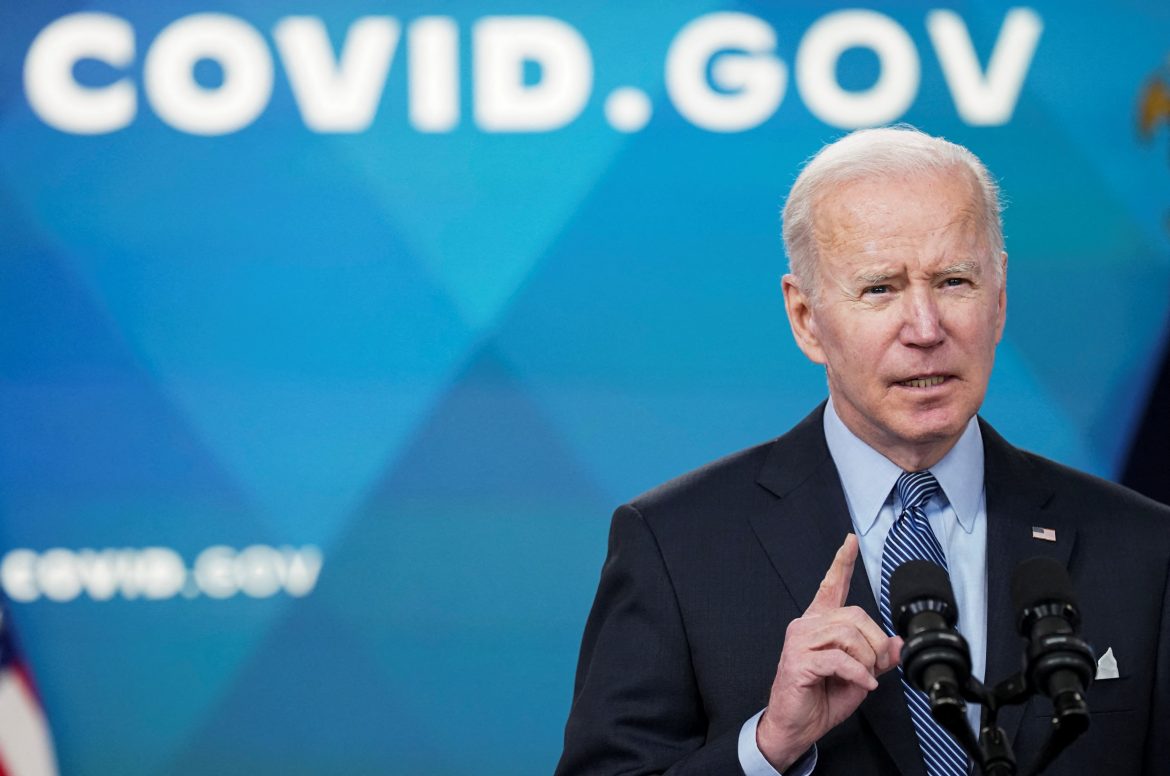 President Biden is urging Congress to approve another $22.5 billion in new emergency aid to combat COVID-19, though his administration has only just begun looking into hundreds of billions in stolen pandemic relief funds in what prosecutors have called the largest fraud in U.S. history.

Biden made a fresh appeal for additional funding Wednesday, warning that without another influx of money, key programs like COVID-19 vaccination and testing and treatment services for uninsured Americans will be in jeopardy.

“Without funding, we’re not going to be able to sustain the testing capacity beyond the month of June,” Biden said in prepared remarks. “And if we fail to invest, we leave ourselves vulnerable if another wave of the virus hits.”

Administration officials insist more money is needed in order to bolster ongoing relief efforts. Earlier this month, the Office of Management and Budget requested an additional $18.25 billion for the Department of Health and Human Services and $4.25 billion for the State Department and United States Agency for International Department.

The administration, however, has failed to fully explain how scammers managed to siphon potentially hundreds of billions from the massive pandemic relief program or provide an accurate figure.

Experts say pandemic looters made off with about $80 billion in Paycheck Protection Program (PPP) monies, representing 10% of the $800 billion relief plan, according to an NBC report. On top of that figure, between $90 and $400 billion was likely pilfered from the Covid unemployment relief program, an estimated half of which was taken by international fraudsters. Yet another $80 billion was stolen from a separate COVID disaster relief program.

While it has been known for some time that widespread pandemic relief fraud occurred, “the enormous scope and its disturbing implications are only now becoming clear,” NBC said.

“Nothing like this has ever happened before,” said Matthew Schneider, a former U.S. attorney from Michigan who is now with Honigman LLP. “It is the biggest fraud in a generation.”

Kevin Chambers, the Biden administration’s chief prosecuting attorney for COVID-19 fraud, said he has been setting up teams to analyze what he is calling “an almost shocking amount of data” that could result in new charges, according to the NBC report. So far, however, just over 170 people have been convicted in PPP fraud cases, representing a tiny fraction of likely scammers involved.

Chambers said he hopes his investigation will discourage similar behavior but admitted that not all of the money will be recovered.

“People bought vacation homes, Bentleys and Rolexes. We may not get all the money back, but that’s not the only value in bringing these cases,” he said.

Meanwhile, the Committee for a Responsible Federal Budget recently reported that the administration is still sitting on about $740 billion of unspent/committed legislative stimulus funds, a breakdown of which can be seen here.

The nonpartisan, non-profit public policy watchdog said the Biden administration’s request for additional pandemic funds is “unjustified,” citing an economy “saturated with demand,” among other economic factors, including the fact that “state governments are flush with cash.” Moreover, even without the added spending, a continuation of current pandemic policies will likely add between 14 and 68 basis points to the inflation rate.

“These are pharmacies and other places in your neighborhood where you can get tested.  And if you’re positive, you can get lifesaving treatments all in one stop,” Biden said. The president added that America is “now in a new moment in this pandemic,” but cautioned, “It does not mean that COVID-19 is over; it means that COVID-19 no longer controls our lives. That’s what it means.”

Bruce Willis to retire from acting due to cognitive disease