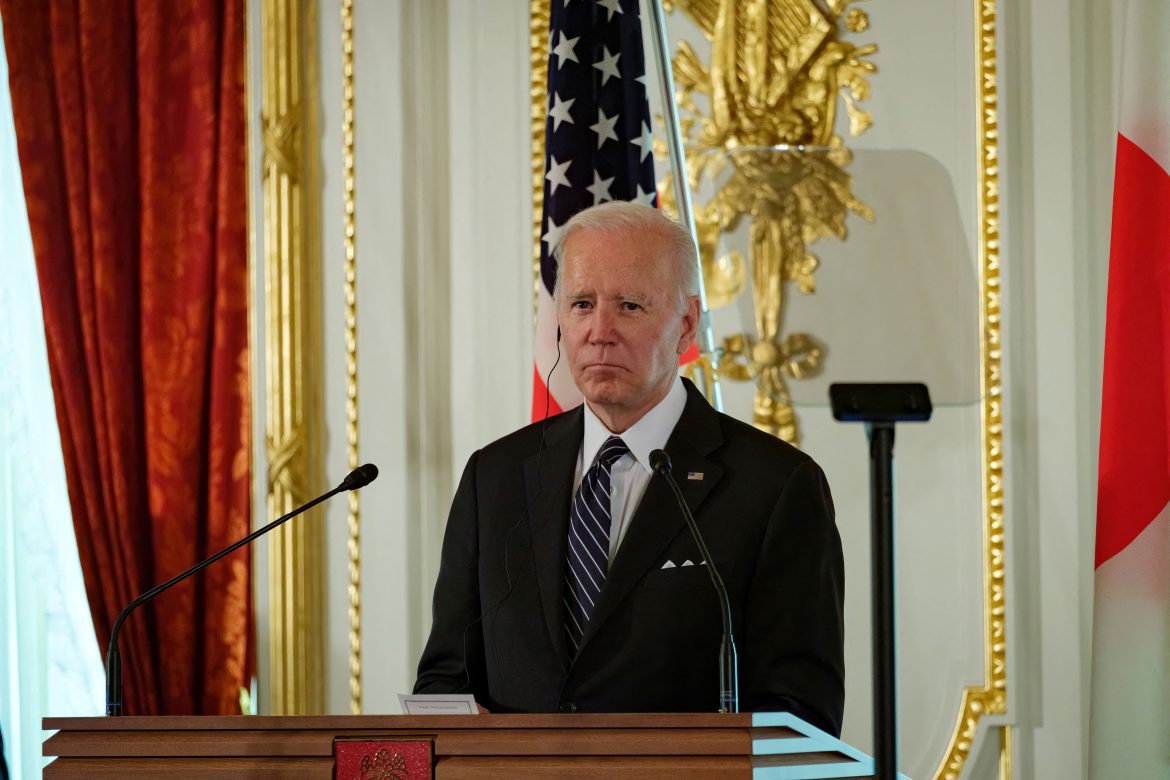 During a joint press conference with Japanese Prime Minister Fumion Kishida on Monday, Biden said that “God willing” the United State’s will be “stronger” as a result of record high fuel costs.

Here’s the situation.  And when it comes to the gas prices, we’re going through an incredible transition that is taking place that, God willing, when it’s over, we’ll be stronger and the world will be stronger and less reliant on fossil fuels when this is over.

Biden’s comments come as the national average gas price sat at $4.598 a gallon on Tuesday, up from $4.120 one month ago. California, which has been bearing the brunt of the price hikes, saw $6.069 Tuesday morning.

“They’re saying the quiet part out loud now. They’re causing you pain at the pump because it’s all part of their radical agenda,” House Minority Whip Steve Scalise (R-La.)  said while sharing Biden’s comments on Twitter.

WATCH → Biden refers to the skyrocketing gas prices as an “incredible transition.”

They’re causing you pain at the pump because it’s all part of their radical agenda. pic.twitter.com/XOD0P243vC

After flying around on a 747 while taxpayers pay for his jet fuel, Joe Biden said, "When it comes to the gas prices, we're going through an incredible transition.”

It’s the most arrogant contempt for the working men and women in this country! pic.twitter.com/Mt6SdVsrZN

In November Transportation Secretary Pete Buttigieg was criticized by Republicans for saying that more American’s should buy electric vehicles so they will “never have to worry about gas prices again.”