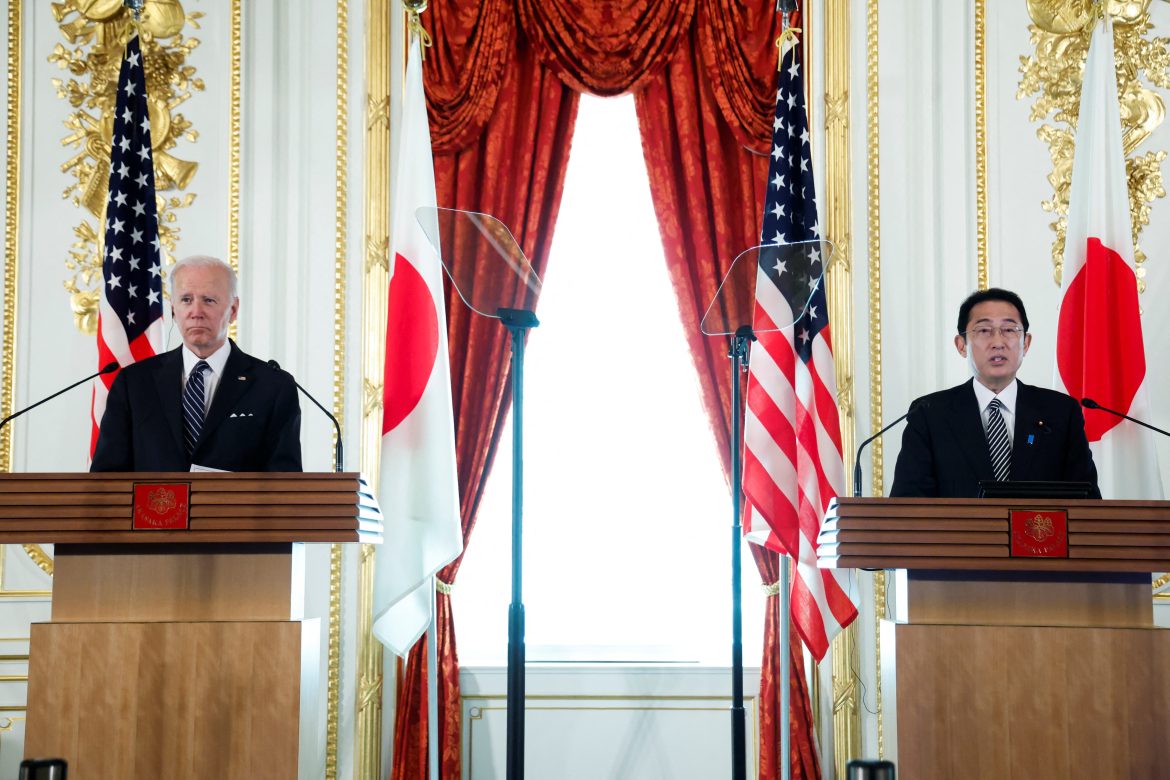 President Biden on Monday morning said the US will respond militarily if China invades Taiwan, appearing to signal a major departure from America’s longstanding stance of “strategic ambiguity” concerning the island nation.

The remark forced the White House to once again walk back potentially incendiary remarks made by the president on the world stage. Shortly after the gaffe, a White House spokesperson issued a statement claiming that Biden only meant that the U.S. would provide military equipment to Taiwan in the event of an invasion and did not plan to send in troops to defend the self-governed island, according to multiple reports.

Appearing at a joint press briefing in Tokyo with Japan’s Prime Minister Fumio Kishida – part of Biden’s high-profile tour of Asia that kicked off Friday – the president was asked by a reporter if the U.S. would be willing to engage militarily in defense of Taiwan in the event of a Chinese attack.

“Yes – it’s a commitment we made,” the president responded.

The U.S. up to that point had carefully avoided making any explicit security guarantees to Taiwan, in keeping with the 1979 Taiwan Relations Act, which does not require the U.S. to step in militarily to defend the island. Instead, the agreement assures Taiwan that the U.S. will provide it with resources to prevent any unilateral change of status in Taiwan by Beijing.

“We agree with the One China policy, we signed onto it and all the attendant agreements made from there,” Biden continued in his response, referring to the U.S.’s formal ties with China which it does not share with Taiwan. “But the idea that — that it can be taken by force, just taken by force, is just not — it’s just not appropriate. It will dislocate the entire region and be another action similar to what happened in Ukraine,” he continued, adding, “It’s a burden that’s even stronger.”

Shortly after Biden made the remarks, a White House spokesperson tried to walk them back, saying that the U.S. policy toward Taiwan “has not changed at all,” according to multiple sources. The spokesperson said Biden was merely reiterating America’s responsibilities under the Taiwan Relations Act, whereby the U.S. agrees to provide the island with the military means to defend itself, if necessary.

The latest instance from among a string of potentially dangerous gaffes made by the president comes as tensions between the U.S. and China are at an all-time high over Beijing’s threats concerning Taiwan, which it considers to be a “rogue” nation rightfully belonging to the mainland. China’s tacit approval of Russia’s war on Ukraine has also served to drive a further wedge between Beijing and Washington.

The off-script remark isn’t the first time Biden has appeared to depart from U.S. policy concerning Taiwan. Both the president and his aides have had to clarify remarks the president made about Taiwan on at least four prior occasions since he took office. In one such instance, Biden publicly referred to Taiwan as an “independent” nation, a word China considers to be a red line for an invasion.

Taiwan, on the other hand, thanked Biden for his remarks, saying they confirmed that his administration’s promises toward the island are “rock solid.”

“Our government remains unwavered in its resolve to firmly defend Taiwan’s freedom, democracy and security,” Taiwan’s Foreign Ministry said in a statement. “We will continue to enhance our self-defense capabilities, and deepen cooperation with like-minded countries including the U.S. and Japan to jointly safeguard security in the Taiwan Strait and rule-based international order.”