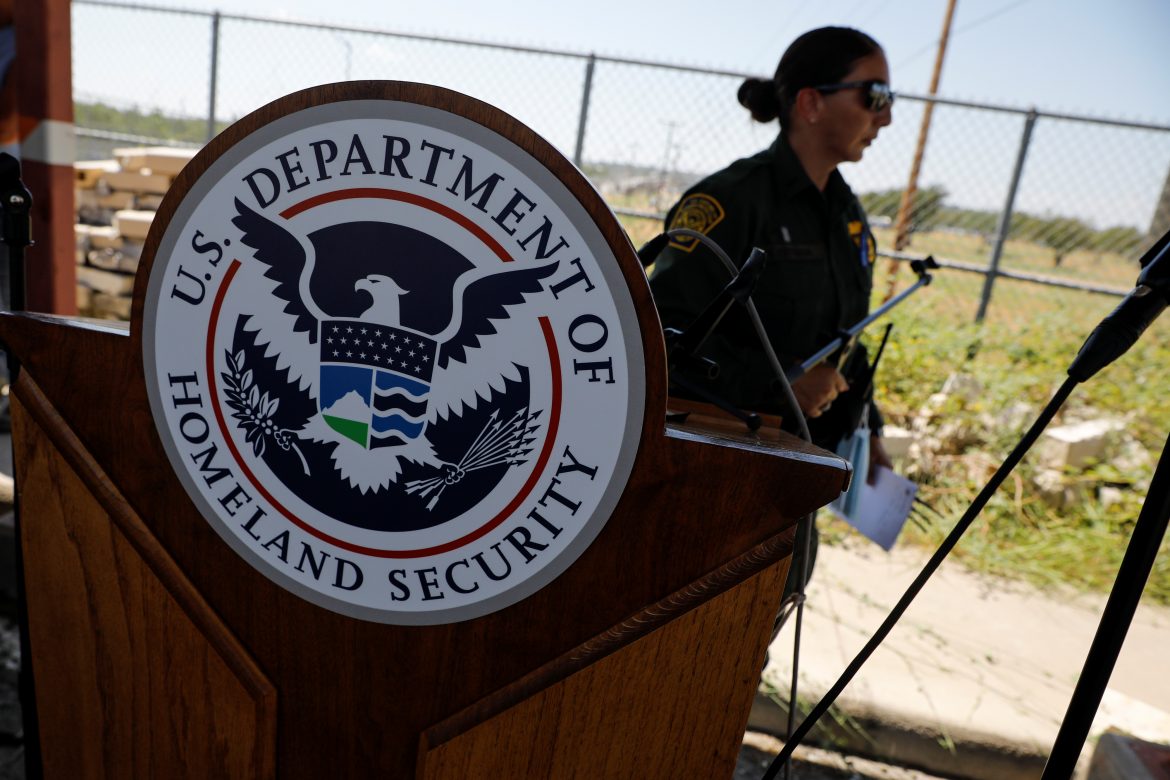 The Biden administration hopes to mitigate a portion of the soaring costs of the border crisis with a pilot program aimed at placing migrants caught at the U.S.-Mexico border on house arrest in lieu of sending them to migrant detention centers.

The 120-day “Home Curfew” test program will be launched in Baltimore and Houston in the coming weeks. Currently, between 100 and 200 single adult migrants are already enrolled in the program, according to a U.S. Immigration and Customs Enforcement notice reviewed by Reuters.

“We just don’t have the capacity,” a Department of Homeland Security official said, referring to detention centers now bursting at the seams. “We’re not going to detain our way out of the border crisis.”

Officials say the program will cost between $6-8 per migrant, in comparison to the $142 it currently costs to keep them in detainment facilities. President Biden has so far been unable to deliver on his campaign promise to end for-profit detention centers.

Under the new “Home Curfew” program, illegal immigrant enrollees will be required to stay home from 8 p.m. to 8 a.m. but will be allowed to leave during daylight hours if they have work authorizations or other exemptions.

Alternate detainment programs currently in place, such as ankle bracelet monitoring, do not require home confinement.

Biden is also pushing for additional federal funding to cover costs to place as many as 400,000 migrants in non-detention programs, an unnamed DHS official told Reuters. Around 164,000 illegal immigrants are already enrolled in alternative programs – twice the number of enrollees in September of 2020 before Biden took office. Only heads of household are counted in the numbers, meaning that the real figure is likely to be much higher.

News of the new plan was met with censure from both pro- and anti-immigrant advocates.

Sen. John Boozman (R-Ariz.) on Tuesday highlighted the President’s role in the border crisis in a succinct and scathing cause-and-effect tweet:

How it started: Pres. Biden’s executive actions were a green light for illegal immigrants to enter the country.

How it's going: Record border crossings, overflowing detention centers and the release of single adult migrants into the U.S.

On the other side of the issue, immigration advocates say the program is still too restrictive. Pro-migrant group Detention Watch said Biden’s “‘alternatives to detention’ are shamefully detention by another name” in a tweet.

U.S. Customs and Border Patrol data released earlier this month shows that border agents effected a record-breaking 1.9 million arrests along the U.S.-Mexico border in 2021. Among that number, 402,000 were released into the U.S., according to the data.

Republicans are expected to make the border a major campaign theme in the run-up to November midterm elections, with ample sources of ad-worthy optics at their fingertips, including videos of covert, taxpayer-funded migrant charter flights and busloads of adult, male illegal immigrants the administration is funneling into the country’s interior. On top of that, data shows that massive quantities of fentanyl pouring into the U.S. at the southern border has become the leading cause of death in young Americans.

Several GOP lawmakers have expressed a willingness to pursue impeachment proceedings against Biden in 2023 over his role in the border crisis if they manage to take control of Congress.