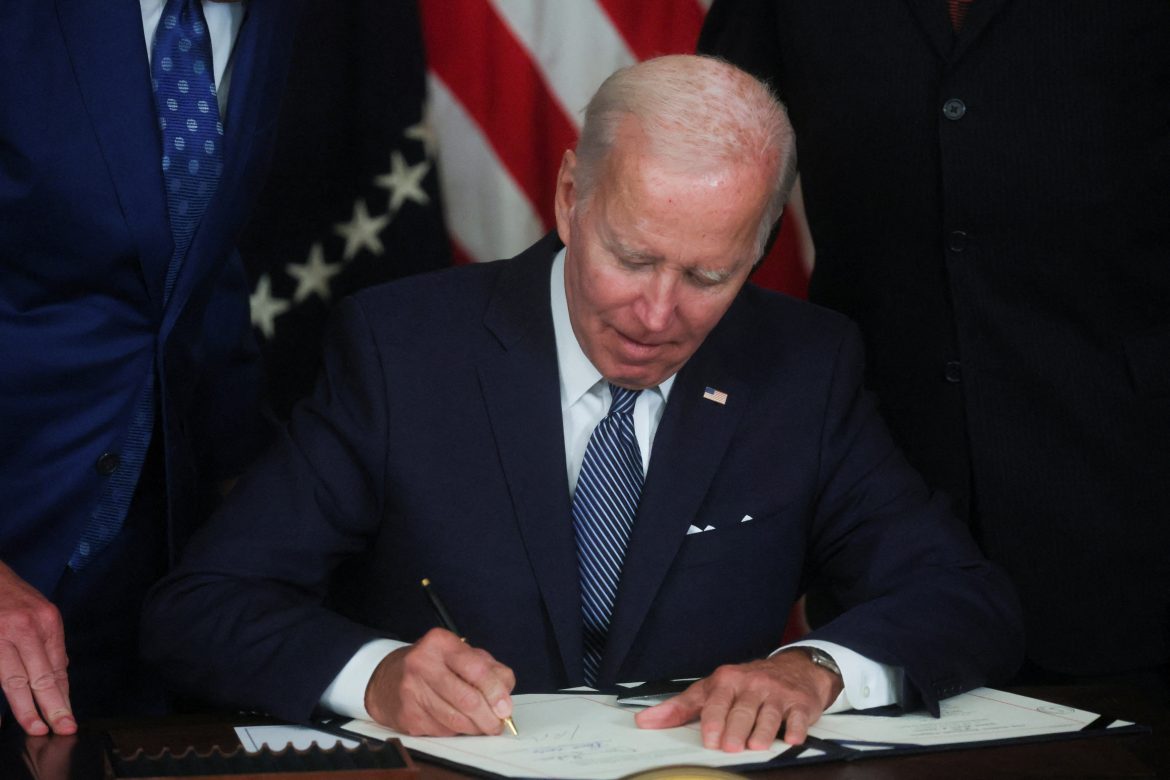 If you’re hoping the Inflation Reduction Act signed into law by President Joe Biden Tuesday is going to save you or your family a lot of money in the near future, you might have to keep hoping.

Because of its name, one would think the roughly $750 billion bill reduces inflation, but in actuality, it’s being touted as the biggest climate package in U.S. history and White House officials still aren’t sharing when the reduction will happen or confirming by how much.

After the bill was signed, Sen. Joe Manchin (D.-W.Va.) made a big admission to one Fox News reporter, saying that the new law won’t “immediately” lower inflation and that bringing down prices would take some time.

Earlier in August, when asked by South Carolina Republican Senator Lindsey Graham how enacting the bill would affect inflation, leaders with the nonpartisan Congressional Budget (CBO) responded by saying that the bill would have a “negligible” effect

Another nonpartisan group, the Penn Wharton Budget Model (PWBM), backed by a group of economists and data scientists, found the Act would have no big impact on inflation in the near term and would only reduce inflation by about 0.1 percentage points by the middle of the first decade.

With inflation getting closer to its highest level in four decades, Democrats maintained Tuesday their claims that the bill will save Americans money by reducing the deficit and lowering the costs of energy and prescription drugs for the elderly.

On Twitter, the Ways and Means GOP debunked all of those claims, saying taxes on energy mean higher prices at the pump.

Pretty much all of this is false.

New taxes on energy mean higher prices at the pump and for utility bills.

Republicans have long criticized this bill, noting it will lead to taxes on middle-class Americans and will do little to help reduce the soaring costs of practically everything.

Democrats robbed Americans last year by spending our economy into record inflation. This year, their solution is to do it a second time. The partisan bill President Biden signed into law today means higher taxes, higher energy bills, and aggressive IRS audits.

With regards to the possibility of reducing the deficit, Douglas Holtz-Eakin, a top economic adviser to President George W. Bush and later a director of the CBO, isn’t too excited. In an interview with the Associated Press, he noted the lower deficits won’t kick in until five years from now and won’t be substantial over the next decade considering the size of the economy.

Additionally, the legislation doesn’t tackle how to lower the already surging gas or food prices, but does indicate there will be tax hikes for the middle class and business owners, some of whom will now face heavier restrictions on the amount of loss they can claim on their taxes. The measure also includes the creation of a tax on stock buybacks.

During the signing ceremony of the bill, Biden noted that every Republican in Congress voted against the bill.