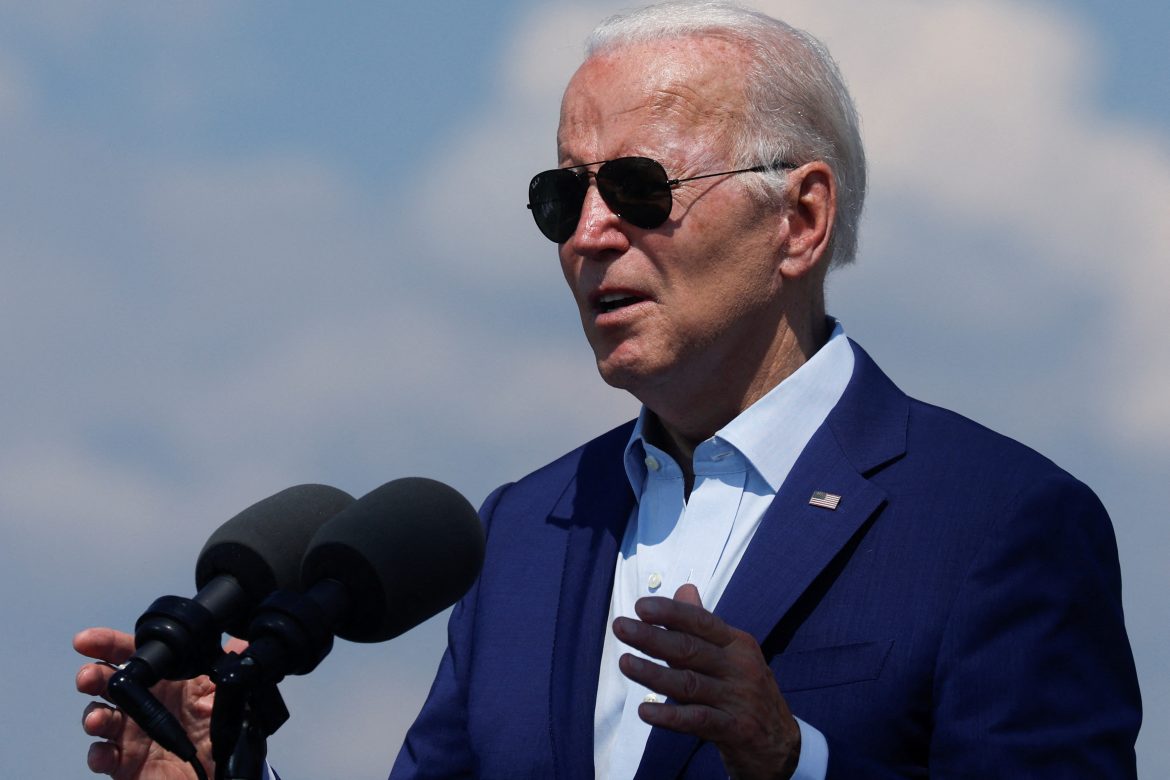 Joe Biden, the oldest person ever to serve as president of the United States, has tested positive for COVID-19, is experiencing mild symptoms, and will continue working but in isolation, the White House said on Thursday.

Biden, 79, has a runny nose, fatigue, and an occasional dry cough, symptoms which he began to experience late on Wednesday, White House physician Kevin O’Connor said in a note released on Thursday. Biden has begun taking the antiviral treatment Paxlovid, O’Connor said.

“He is fully vaccinated and twice boosted and experiencing very mild symptoms,” press secretary Karine Jean-Pierre said in a statement.

The White House will provide a daily update on Biden‘s health, and he will follow the Centers for Disease Control and Prevention guidelines and isolate at the White House while continuing to work, she said.

Biden faces dual challenges of soaring inflation and Russia’s land assault on Ukraine. His popularity has dropped sharply over the past year. A Reuters/Ipsos survey completed on Tuesday showed only 36% of Americans approve of his job performance.

His illness forced the cancellation of a trip to Pennsylvania where Biden intended to lay out plans to ask Congress for $37 billion for crime prevention programs.

“Folks, I’m doing great. Thanks for your concern. Just called Senator Casey, Congressman Cartwright, and Mayor Cognetti (and my Scranton cousins!) to send my regrets for missing our event today. Keeping busy!” Biden wrote on Twitter.

Folks, I'm doing great. Thanks for your concern. Just called Senator Casey, Congressman Cartwright, and Mayor Cognetti (and my Scranton cousins!) to send my regrets for missing our event today.

The White House provided an unusually detailed account of the president’s morning activities, including a series of phone calls to political allies, seemingly to prove the president was still active.

Multiple members of Biden‘s administration and other senior figures in Washington have tested positive for the coronavirus in recent months, including Vice President Kamala Harris and House of Representatives Speaker Nancy Pelosi, both of whom have since tested negative and resumed working.

Representative Bennie Thompson, the chairman of the congressional probe of the Jan. 6 assault on the U.S. Capitol, plans to run Thursday night’s hearing remotely as a result of testing positive.

U.S. stocks briefly headed lower following reports of the president’s diagnosis, with the S&P 500 dropping about 0.5% over the following 10 minutes. The index quickly retraced that loss and by mid-morning was back to near the unchanged mark on the day.

While many Americans have moved on from the strict precautions of the pandemic’s early months, returning to offices and schools and resuming summer travel, the BA.5 subvariant which officials say is better at evading immune protection has become the dominant strain of the virus.

Russia fires back at U.S. declaration of ‘wrongful detention’ in Brittney Griner saga