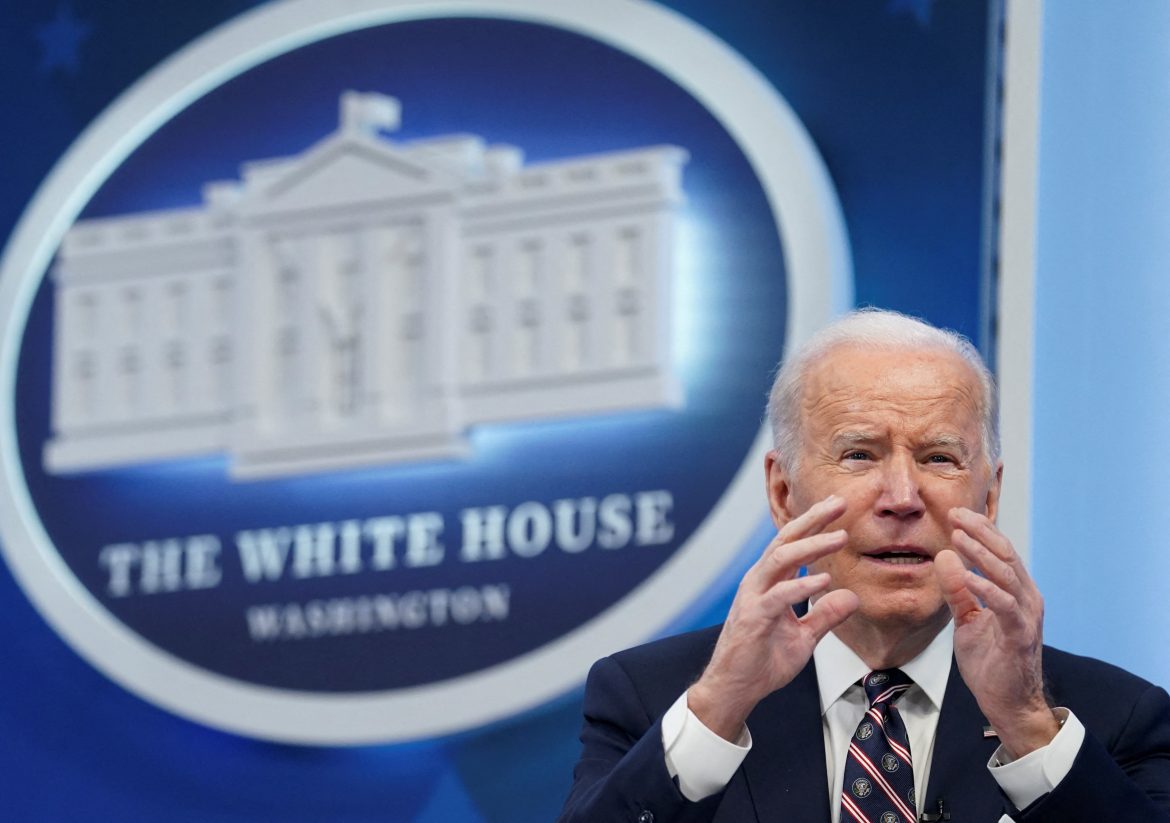 President Biden will deliver his State of the Union address on Tuesday to Americans increasingly pessimistic about his leadership and their future.

Biden will likely spend much of his time touting his administration’s perceived accomplishments on issues like COVID-19, climate change, and social equity, including his nomination of the country’s first black female to the U.S. Supreme Court.

His words, however, may ring hollow to Americans preoccupied with record-high inflation, soaring crime, an unmitigated border crisis, and war in Europe, all of which occurred directly under his watch, leading many to question his leadership on these and other key issues. Meanwhile, Biden’s trademark domestic agenda remains hopelessly stalled in the Senate.

Several Republicans took to Twitter to in anticipation of the address, with many hitting on a similar thread that they believe defines Biden’s presidency: crisis.

The State of the Union under President Biden can be summed up in one word: Crisis.

President Biden has created an energy crisis, an economic crisis, a crime crisis, a border crisis, and a national security crisis.

Tonight, he will try to rewrite the history of his disastrous first year.

It was a disastrous first year for the Biden Administration.

At home and abroad.

And everyone knows it.

In addition to ongoing problems at home, the president is under intense domestic and international pressure to provide a stronger front to Russia’s war on Ukraine following months of diplomatic talks. This is especially pressing as the U.S. and Europe now face the looming specter of nuclear conflict.

Biden’s critics, as well as some members of his own party, have openly suggested that his catastrophic withdrawal of U.S. troops from Afghanistan exposed a weakness in leadership that emboldened Russian President Vladimir Putin to launch his bloody campaign to redraw Europe’s map.

Meanwhile, U.S. sanctions on Moscow will likely result in more oil price hikes for American consumers at a time when inflation is at a 40-year high.

Perhaps the most telling gauge of the nation’s dissatisfaction with the commander in chief lies in a recent Washington Post-ABC poll which found that a majority of Americans want November’s midterm elections to deliver a Republican-controlled Congress.

Moreover, nearly 6 in 10 Americans say inflation has caused them or their family financial hardship, with 3 in 10 describing those hardships as serious. Worse still, among Americans who make less than $50,000 per year, 43% say they are suffering serious hardship. Over one-third of Americans say they are not as well off financially as they were before Biden took office.