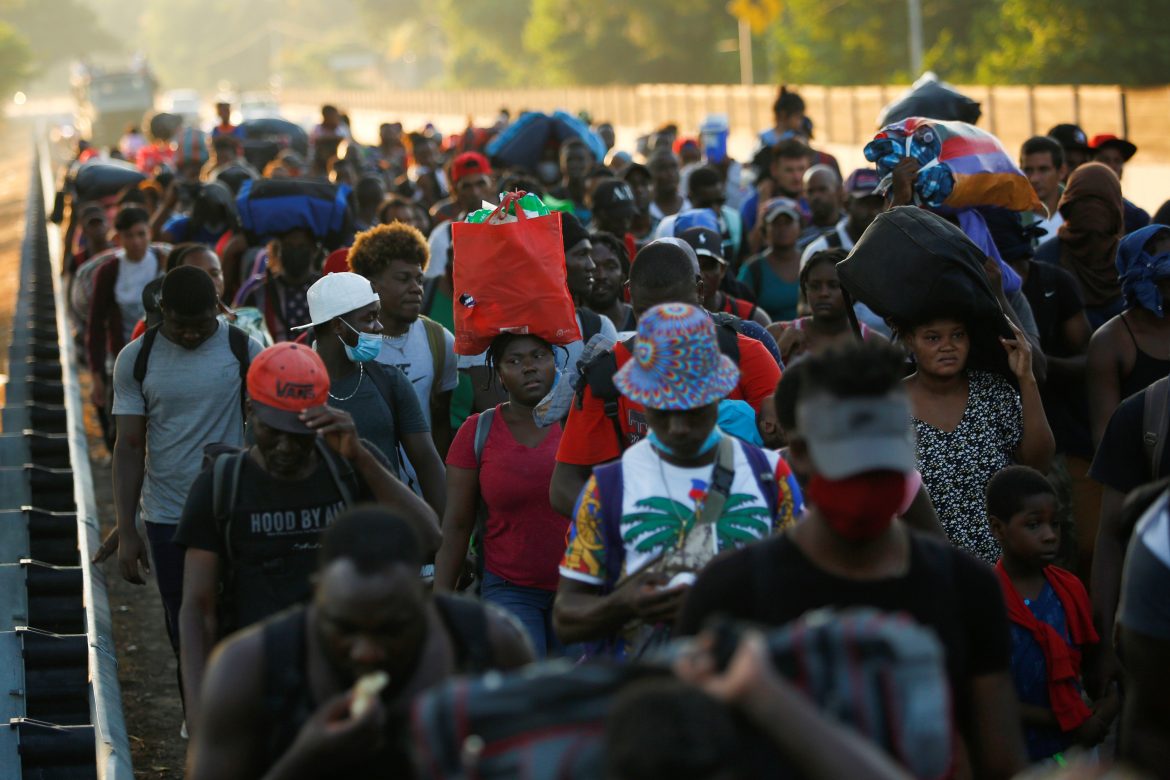 A Nov. 30 Customs and Border Protection press release shows that the Del Rio sector encountered illegal immigrants trying to enter the U.S. from 106 different countries over the last fiscal year.

The release details numerous arrests made by Del Rio, Texas border agents of migrants attempting unlawful entry into the U.S. from countries including Syria, Lebanon, Tajikistan, and Eritrea in northern Africa, to name a few, between Oct. 1, 2020 and Sept. 30, 2021.

“We encounter individuals from all over the world attempting to illegally enter our country,” said Del Rio Sector Chief Patrol Agent Jason D. Owens. “Our agents are focused and work hard to ensure that we detect, arrest, and identify anyone that enters our country in order to maintain [the] safety of our communities.”

According to Owens, apprehended individuals “were processed per U.S. Customs and Border Protection guidelines.”

These new numbers are the most recent data point that reveal how Biden’s lax border policies have caused enormous stress on both the southern border and those agents tasked with trying to secure it.

Meanwhile, the Biden administration has begrudgingly reinstated former President Trump’s “stay in Mexico” policy after striking a deal with Mexican government officials. Shortly after taking office, President Biden ended the program formally known as Migrant Protection Protocols (MPP) which required asylum seekers at the U.S. southern border to remain in Mexico until such time as an immigration hearing was set.

He was ordered to reinstate the policy, however, following a ruling by a Texas federal judge. The administration fought the order but lost in both the federal appeals court and the Supreme Court. While they have little choice but to comply with the ruling for the time being, the administration has vowed to end the program eventually.

Mexico prefaced its willingness to cooperate in reinstating MPP on condition that the Biden administration effect changes to the policy’s first iteration, according to an Axios report. The updated version includes a requirement that migrants be afforded the opportunity to receive a COVID-19 vaccine prior to their return to Mexico and that U.S. officials complete MPP asylum cases within 180 days.

Another revision provides migrants who express fear of being returned to Mexico with a 24-hour period in which they may consult with an attorney ahead of an interview with a U.S. immigration official. The new version also lowers the bar in terms of evidentiary requirements in proving such fear. Additionally, exemptions have been expanded to include at-risk individuals including the elderly, those who have physical and/or mental health challenges, and/or anyone who faces potential discrimination due to gender or sexual identity.

The revised MPP will go into effect Monday at just one yet-to-be determined border entry point. Migrants will be permitted to legally reenter the U.S. at designated locations in Brownsville, El Paso, and Laredo, Texas and San Diego, California, for the purpose of attending court hearings.