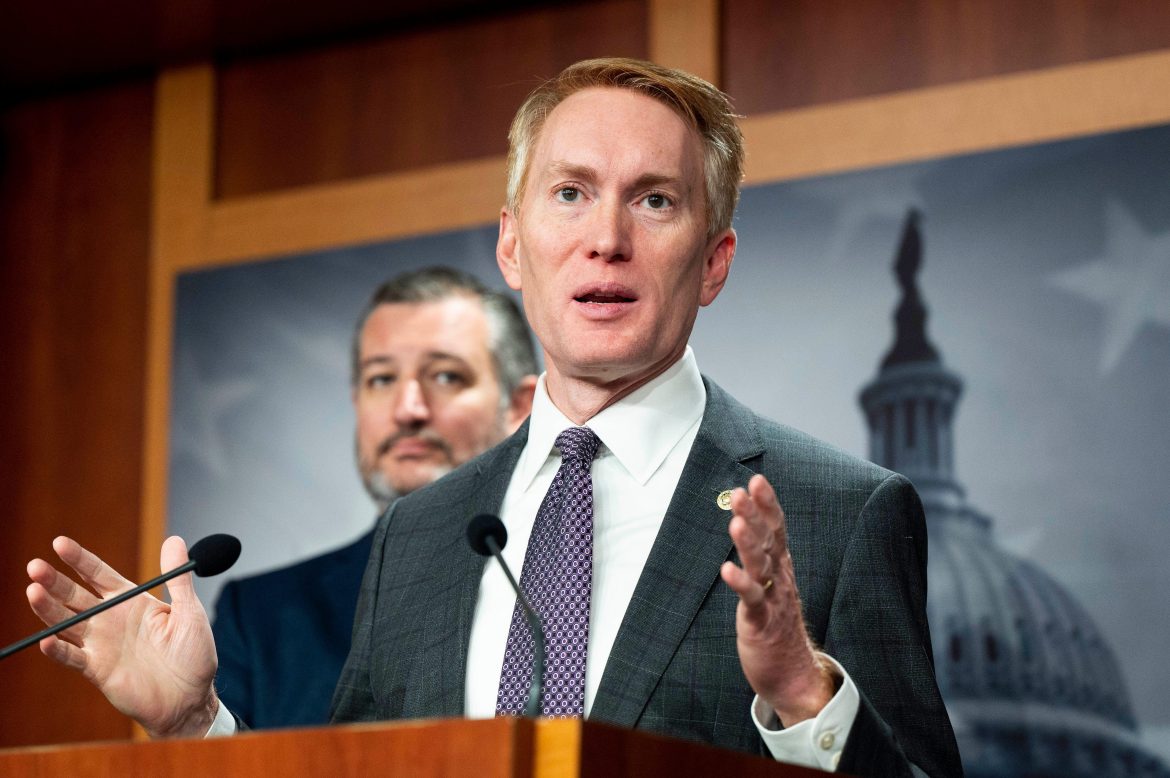 Five Democratic and six Republican senators introduced a bill Thursday that would block the Biden administration from lifting Title 42 without first establishing a comprehensive strategy to deal with an expected surge of illegal immigrants at the border.

The “Public Health and Border Security Act of 2022” urges the administration to delay repealing the pandemic-related border policy for 60 days after the Surgeon General rescinds the directive. Within that 60-day window, and no later than 30 days after Congress receives formal notification of the repeal, the administration must submit a plan to Congress addressing a “comprehensive plan to deal with any possible influx of migrants,” according to the bill.

The Title 42 health directive was implemented by the Trump administration at the outset of the COVID-19 pandemic as a means of preventing unnecessary spread of the virus and has been used by both the Trump and Biden administrations to expel roughly half of the illegal border crossers. Ahead of the CDC’s March 12 announcement that the policy would be lifted, President Biden had come under increasing pressure from pro-migrant groups and some members of the Democratic party to end the policy. Republicans and vulnerable Democrats facing tough midterm elections have expressed concern that the move will trigger a mass migration event.

In a joint letter to Biden, Sens. Sinema and Lankford urged the President to delay his administration’s repeal of Title 42 “until you are completely ready to execute and coordinate a comprehensive plan that ensures a secure, orderly, and humane process at the border.” They said that, while the health policy should not necessarily remain in place indefinitely, its premature repeal could have a major impact “on border communities, border security, and migrants” without a proper plan in place.

The missive goes on to relate that both senators reached out to Department of Homeland Security Secretary Alejandro Mayorkas in June requesting that the DHS “proactively establish and execute” a plan and provide their offices with briefings on the matter.

“Both of us followed that request with further outreach to DHS on this topic in the ensuing months. To date, we have not yet seen evidence that DHS has developed and implemented a sufficient plan to maintain a humane and orderly process in the event of an end to Title 42,” they wrote.

The senators referred to the DHS’s revision of the Irregular Mass Migration Contingency Plan but concluded: “that strategy contains unanswered questions and does not seem likely to allow DHS to secure the border, protect our communities, and ensure migrants are treated fairly and humanely.”

“It is evident that the current preparations and plans for the end of Title 42 aren’t adequate,” Sinema told Axios Wednesday, adding that it appears to be “highly unlikely” a sufficient strategy can be implemented by May 23 – the day the immigrant ban is set to be repealed.

Some of the bill’s signatories took to Twitter Thursday to make their case for the measure.

“Abruptly ending Title 42 border policies without a coherent plan to deal with the aftermath is irresponsible, dangerous, and reckless,” Sen. Thune wrote.

Sen. Manchin remarked, “We are still in the midst of a global pandemic & I think it’s imperative that we continue to use Title 42 to protect our country from any type of infectious disease coming in or any new variant of COVID-19. Title 42 should be enacted until we get complete border security.”

Addressing Congresswoman Sheila Jackson Lee (D-Texas) after she expressed concern about new variants, Roy asked, “If this is such a great concern, then why would the CDC say ‘Oh no, we don’t need to use Title 42 to protect our Border Patrol agents, protect Americans, stem the tide of 8,000 people a day coming across our border?’”

He then turned his attention to Nadler, accusing him of mocking Republicans concerned about emerging reports that the “rampant flow” of migrants has resulted in troubling reports of “little girls put in stash houses getting raped, cartels making hundreds of millions of dollars.”

WATCH: Rep. @chiproytx rips into Jerry Nadler and Democrats for ignoring the crisis on our border:

"Has the Chairman been in the last year to the border of Texas? And met with border patrol agents, gone down and talked to the people seeing what is actually happening?" pic.twitter.com/iPR5ReGP0s

“The chairman scoffs when I say little girl getting raped in the stash house,” Roy said before asking Nadler if he has made a trip to the border in the last year to meet with Border Patrol agents and “the people seeing what is actually happening.”.

“Is the chairman saying there are no stash houses and no little girls being raped in Texas?” Roy pressed.

“I’m not saying there are no stash houses,” Nadler fired back, adding, “I’m not saying little girls are not being raped in Texas and every other state in the union for that matter.”