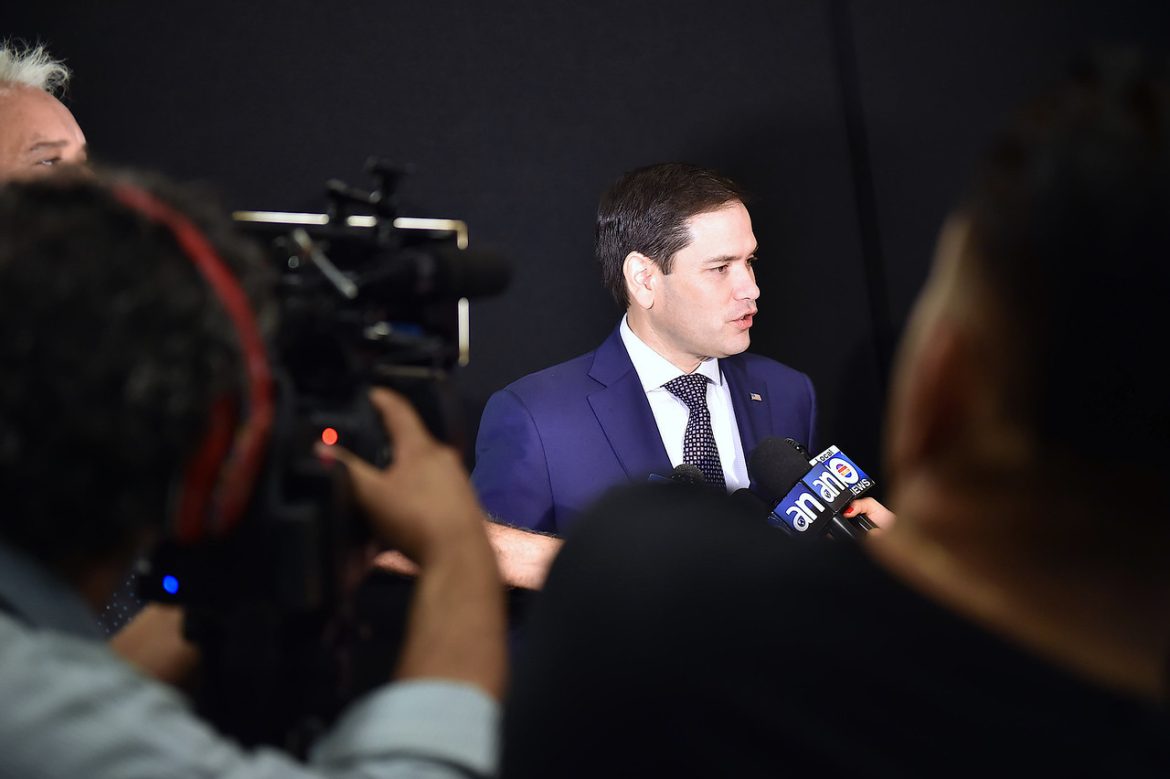 “As Pyongyang continues to disregard the dignity of its citizens and demonstrates no tolerance for human rights, I’m proud to introduce legislation to reauthorize the North Korean Human Rights Act,” Rubio said in a statement. “As a beacon for democracy, the United States must do all we can to support the cause of human rights and assist those fleeing Kim’s regime. I urge my colleagues to ensure its swift passage in the Senate.”

The North Korean Human Rights Reauthorization Act of 2022 would extend the existing legislation, which is slated to expire in September, through 2027. However, the new version will have a bit more bite than in the past.

While the renewal would reauthorize humanitarian assistance and democracy programs and allow for the U.S. Agency for Global Media to broadcast pro-democracy messages into North Korea, it would also require the Biden Administration to appoint a Special Envoy for North Korean Human Rights and require the State Department to expand efforts to assist the relocation of North Korean refugees.

“The reauthorization of the North Korean Human Rights Act is critical to the security of the United States and our staunch allies, friends and partners in Northeast Asia,” Greg Scarlatoiu, executive director of the Committee for Human Rights in North Korea, said in a statement issued through Kim’s office. “Robust implementation of the Act is essential to bringing freedom, human rights, prosperity, reconciliation, and eventually unification to all Koreans.”

The starkest change, though, would be that the new act would levy sanctions on Chinese and Russian officials who the senators say have “forcibly repatriated North Koreans back to North Korea.”

“The ongoing abuses being committed by the North Korean regime are a direct affront to the values enshrined in the Universal Declaration of Human Rights,” Kaine said. “This bipartisan legislation will provide critical support for the North Korean people, who continue to have their most basic freedoms denied. Today and every day, I will push for initiatives that strengthen the rights and protect the dignity of the North Korean people.”

For Christians, the matter of North Korean brutality is particularly troublesome. As explored in greater detail by the Committee for Human Rights in North Korea, followers of Christ in that nation face immense suffering for their faith.

Rubio previously led the effort to extend the act in 2018, but the 2022 renewal had its genesis in the House of Representatives under Kim, a South Korean-born freshman congresswoman already gaining a reputation for working well with both sides of the aisle.

According to the Lugar Center Bipartisan Index, Kim ranks as the 17th most bipartisan member of the House; and, per Axios and the public affairs software company Quorum, Kim stands as the most bipartisan freshman representative.

Kim and Bera introduced their version of the reauthorization effort in March.

“Kim Jong-un continues to oppress the North Korean people through torture, imprisonment, forced labor and starvation in his quest to expand North Korea’s nuclear weapons program and gain military power, Kim said at the time. “These gross human rights abuses cannot be tolerated. As an immigrant from South Korea with family members who fled North Korea, supporting the North Korean people is personal to me. I’m proud to lead the charge to ensure the U.S. promotes human rights for the people of North Korea and continues to be a beacon for hope, freedom and democracy.”

“Rather than commit to peace, Kim Jong-un has continued his father’s legacy of oppressing, starving & torturing his people to preserve power & build nuclear weapons,” Kim tweeted. “Thank you @SenRubioPress & @timkaine for leading the North Korean Human Rights Reauthorization Act in the Senate.”

Ukraine War Update: “War not going as planned” according to NATO’s Stoltenberg