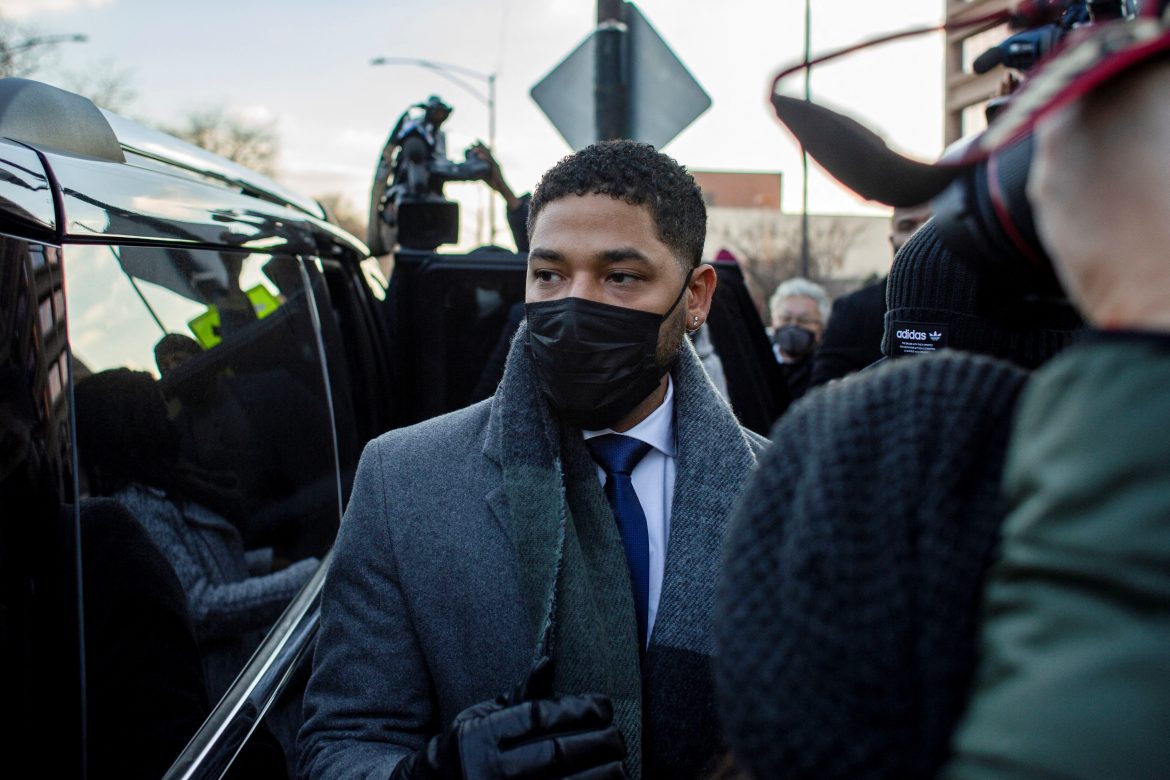 The group Black Lives Matter issued an official statement on the Jussie Smollett case from their website, penned by Dr. Melina Abdullah, Director of BLM Grassroots and Co-Founder of BLM Los Angeles.

In her statement, Abdullah said first and foremost that “we love everybody in our community” and that “it’s not about a trial or a verdict decided in a white supremacist charade,” referencing the trial where Smollett was found guilty on five felony counts. “It’s about how we treat our community when corrupt systems are working to devalue their lives,” the grassroots organizer went on.

“In our commitment to abolition, we can never believe police, especially the Chicago Police Department (CPD) over Jussie Smollett, a Black man who has been courageously present, visible, and vocal in the struggle for Black freedom.

“While policing at-large [sic] is an irredeemable institution, CPD is notorious for its long and deep history of corruption, racism, and brutality. From the murders of Fred Hampton and Mark Clark to the Burge tortures, to the murder of Laquan McDonald and subsequent cover-up, to the hundreds of others killed by Chicago police over the years and the thousands who survived abuse, Chicago police consistently demonstrate that they are among the worst of the worst. Police lie and Chicago police lie especially.

“Black Lives Matter will continue to work towards the abolition of police and every unjust system. We will continue to love and protect one another and wrap our arms around those who do the work to usher in Black freedom and, by extension, freedom for everyone else.”

However, the BLM founder didn’t address the fact that her statement pitted the organization against the Nigerian Osundairo brothers who admitted to having been paid by Smollett for having perpetrated the attack.

The responsibility and social impact of BLM’s statement was questioned by more than one political commentator, particularly conservatives who questioned the legal implications of siding with a person due to their race, regardless of guilt or innocence.

Radio talk show host Leo Terrell, who is a civil-rights lawyer who supported President Trump in 2020, called Smollett “guilty as sin” ahead of Thursday’s verdict, adding that “Black Lives Matter has no credibility.”

Terrell also accused BLM of “trying to distract from what the issue is here,” with their growing presence alongside the mayors of the nation’s largest cities. “What Black Lives [Matter] will do is throw him a lifeline — well, I’ve got news for you. He’s going to sink,” Mr. Terrell said of Smollett.

Kentucky State University professor and author of “Hate Crime Hoax,” Wilfred Reilly said Thursday that those who are supporting BLM “should read up on what the national movement actually says.”

“They just came out in support of Juicy Smollett, and basically stated they would never believe a cop over a criminal,” tweeted Mr. Reilly.

And blogger and political commentator Tim Urban, of the Wait But Why website, said BLM’s stance on Smollett could get them in trouble with the progressive movement unless activists push back. “Flat-Earther-level denial from BLM on the Jussie Smollett case,” tweeted Mr. Urban. “Progressive activists should be vocal that organizations that take stances like this don’t represent them. If they don’t, it hinders the ability of progressive activism to win trust and build broad coalitions.”

Flat-Earther-level denial from BLM on the Jussie Smollett case. Progressive activists should be vocal that organizations that take stances like this don't represent them. If they don't, it hinders the ability of progressive activism to win trust and build broad coalitions. pic.twitter.com/SacDNneT55

In her statement Abdullah also went on to talk about the idealistic “abolitionist society” they wished to live in, saying that Smollett wouldn’t have been put on trial in that perfect world and that the BLM “communities” would not have to “fight and suffer to prove our worth.”

“Instead, we find ourselves, once again, being forced to put our lives and our value in the hands of judges and juries operating in a system that is designed to oppress us, while continuing to face a corrupt and violent police department, which has proven time and again to have no respect for our lives.”