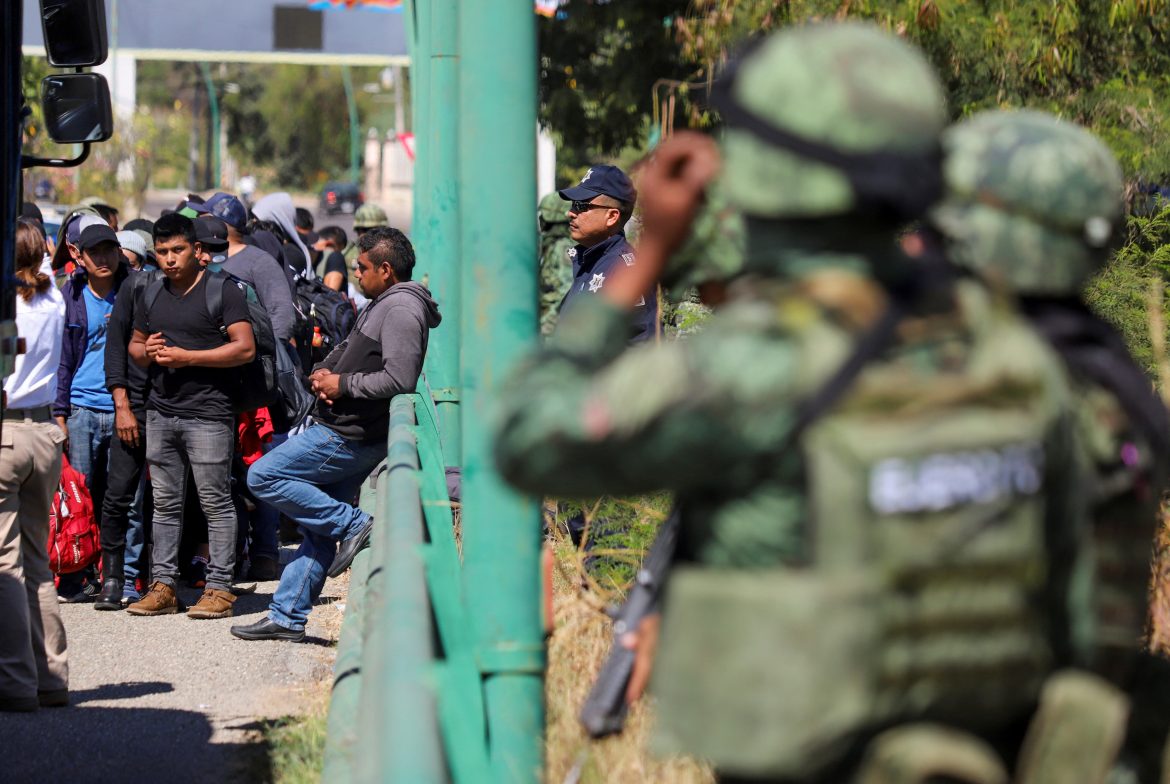 The latest Customs and Border Patrol (CBP) data is out and the U.S. has officially broken 250,000 migrant encounters at the southern border for the first time in history.

Released late on Friday evening, the latest data shows there were 251,487 encounters between border patrol agents and individuals who illegally crossed the border for the month of December.

This is over 10,000 more encounters than the previous record of 241,136 from May 2022. The numbers do not include ‘gotaways’ — migrants who were spotted by agents but eluded capture — or those smuggled across the border undetected.

Sen. Marsha Blackburn (R-Tenn.) reacted to the data release, saying the situation was “out of control”:

10 months in a row of more than 200,000 migrant encounters at the southern border.

Biden’s border crisis is out of control.

Not only have numbers stayed above 200,000 for the past ten months, but the latest release also brings the U.S. to a total of 717,660 encounters for the first quarter of the fiscal year.

The data puts the U.S. on a faster pace to see one-million encounters than in any other year, including the unprecedently high Fiscal Year (FY) 2022.

Fox News reporter Bill Melugin tweeted on Friday night that there have been approximately 70,000 gotaways per month in addition to the recorded encounters according to his CBP sources.

A reminder, there have been approximately 1.2 million known gotaways at the southern border since President Biden took office. The last several months have been around 70,000 per month, per CBP sources. And those are only the *known* gotaways. @FoxNews

But rather than reflect on what the data says about the official state of the border or even take the time to tack on a border visit while making a speech in a border state, as Vice President Kamala Harris refused to do last week, the Biden administration is now blaming Republican criticism as the leading cause of the surge in illegal border crossings.

“Of course the numbers will be higher when Republican elected officials, like smugglers, falsely proclaim the border is open because of a court order to lift Title 42,” an anonymous administration official told Fox News on Friday. “Despite their misinformation, our border enforcement measures continue to hold strong with the number of Venezuelan nationals arriving at the border unlawfully continuing to drop dramatically.”

However, despite attempts to spin the narrative, there has been mounting bipartisan criticism that the Biden administration has created a crisis that is reaching far beyond the southern border.

Municipal Democrat leaders like the Mayors Eric Adams of New York City and John Giles of Mesa, Arizona have criticized the national government for inaction towards the border crisis.

Meanwhile, the Democratic mayor of El Paso, Texas has been a leading transporter of migrants to New York City while Gov. Jared Polis (D-Colo.) briefly engaged in transporting migrants from his state.

Homeland Secretary Alejandro Mayorkas recently accused Gov. Greg Abbott (R-Tex.) — who was one of the first to engage in the transport of migrants to cities like Washington, D.C., which otherwise would not feel the financial pinch of caring for illegal asylum seekers — of not collaborating with CBP on immigration. However, the blame game has not resulted in any productive action to reverse the border crisis.

The border crisis remains a growing source of contention between the Biden administration and the GOP.

“If they wanted to fix the border crisis they would,” Rep. Anna Luna (R-Fla.) tweeted. “This open border illegal immigration campaign is by design. Ask yourself why.”